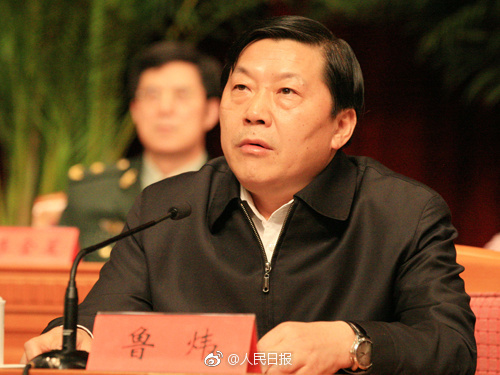 Lu Wei, former deputy head of the Publicity Department of the Communist Party of China (CPC) Central Committee and former head of the Cyberspace Administration of China, has been expelled from the Party and dismissed from public office for multiple offenses including taking bribes, the top anti-graft body said Tuesday.

The investigation found that Lu had severely violated the Party's political discipline and rules. While appearing to be obedient, he covertly refused to implement the Party's decisions and polices in practice, the CCDI said in a statement.

He was also found to have obstructed the central authority's discipline inspections, abused power and public resources for personal purposes and unscrupulously sought personal influence.

The CCDI criticized Lu for his demoralization and said that Lu had framed others anonymously and formed factions and cliques.

Moreover, Lu was found to have frequented some luxurious venues, waywardly sought and used privileges, and acted peremptorily and arbitrarily. These acts violated the Party's eight-point frugality code and mass-line spirit, according to the CCDI.

Lu failed to cooperate in the organization's investigation and "shamelessly traded power for sex," said the statement.

The CCDI investigation found he was selective in implementing the CPC Central Committee's cyberspace management strategy and traded power for personal gains.

Lu took advantage of his posts to seek profits for others and accepted a huge amount of property, leading him to be suspected of bribe-taking, it said.

As a senior CPC official, Lu has lost his communist faith and is "extremely disloyal" to the CPC Central Committee, said the statement.

By completely betraying each and every important political requirement and major discipline for CPC members, Lu is a typical example of duplicity, according to the statement.

Even after the 18th CPC National Congress in 2012, he still showed no signs of restraint and his wrongdoings were of a grave nature and caused strong public outcry, said the statement.

Lu's illegal gains will be confiscated and his case transferred to the judiciary, it added.

The CCDI announced the investigation into Lu for "severe disciplinary violations" last November.