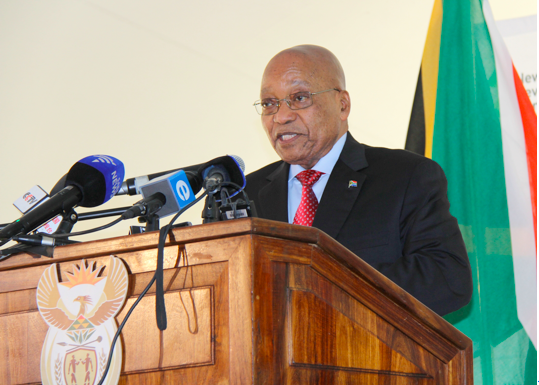 Zuma was forced to resign by the ruling African National Congress (ANC) one month ago.

He is accused of graft in a € 4.2 billion arms deal in the 1990s, which has cast a shadow over South African politics for years.

Zuma and other officials allegedly accepted bribes from five European arms manufacturers to influence the choice of weaponry.

According to local media, the former president faces jail for the criminal charges over hundreds of payments valued at $345,000.

He will face 16 fraud, corruption and racketeering charges, relating to 783 instances of alleged wrongdoing, spokesman for the National Prosecuting Authority said.

NPA will prosecute the local affiliate of French arms company Thales, along with Zuma, for its role in the weapons deal saga.

Chief state prosecutor Shaun Abrahams told a media conference that Zuma's attempts to head off the charges that have been hanging over him for more than a decade had failed.

At the time, Zuma was the deputy president of ANC and was linked to the deal through Schabir Shaik, his former financial adviser, who was jailed for corruption in 2005.

The counts were filed but then dropped by the NPA shortly before Zuma successfully ran for president in 2009.

He has also been implicated by South Africa’s anti-corruption watchdog in a 2016 report that alleges the Gupta family, billionaire friends of Zuma, used ties with him to win state contracts. The Guptas and Zuma have denied any wrongdoing.

Shaun Abrahams said he was "concerned that everyone should be equal before the law." Jacob Zuma, who still had managed to avoid prosecution, is now in legal  net. But the case is far from over, as he can still appeal.

The leaders of the ANC said he had taken "good note" of the decision. Ace Magashule, party secretary-general and close Zuma associate, said all citizens are equal before the law, and that the former president benefits from the presumption of innocence.