HEADLINE Former US treasury secretary: America's strategy should be to pick the US up, not to hold China down

Former US treasury secretary: America's strategy should be to pick the US up, not to hold China down

Trade tensions between China and the United States flared this week when US President Donald Trump unveiled plans to slap tariffs on potentially up to 60 billion US dollars worth of Chinese goods, but several world elites voiced their concerns and oppositions against the potential trade war.

Former US treasury secretary: America's strategy should be to pick the US up, not to hold China down

The US government should focus more on picking itself up, instead of holding China down, said former US treasury secretary Larry Summers at the China Development Forum held in Beijing on Saturday.

"The trade war must be avoided at all cost, like nuclear wars," Summers told CGTN.

As for the ongoing chaos between China and the US, Summers said the best way is to negotiate.

When talking about the current tariffs and the ongoing war of words between the world's two largest economies, Summers noted that the best way is “through a quiet, non-public negotiation with carefully calibrated consequences that depend on what results of negotiation are.”

According to his prescription, making the economy healthier is important, and this is where the US has lots of work to do. “In general, I think America's strategy should be to pick the US up, not to hold China down.”

In his opinion, the US government could increase infrastructure investment, commitment to basic science, and provide human capital, education in particular, to all citizens.

“These are among the steps I think will push our economy forward,” Summers said, adding that “the resources we devote to the tax cut could [be used] much better if devoted to infrastructure investment."

Former WTO chief: Protectionism will damage us all 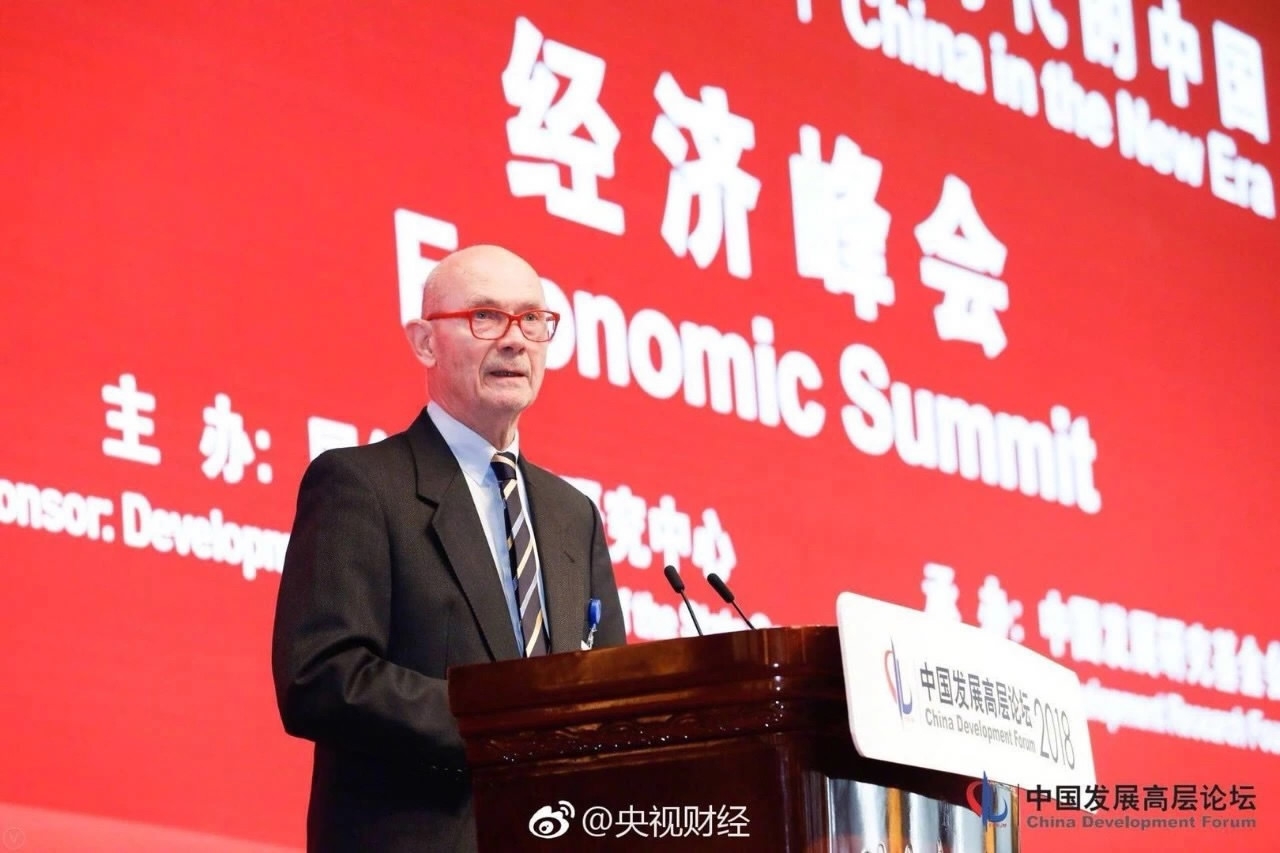 Protectionism will damage us all, said Pascal Lamy, former director-general of the WTO, on Saturday at the forum. He noted that the trade war is a negative zero-sum game, and improvement is necessary in the current trading system, concerning better market access and disciplined subsidies.

"The US has a problem with the WTO systems," he said, noting that the priority is the negotiation.

Lamy pointed out that all countries should work together to further consolidate a rule-based multilateral trading system.

If negotiation fails, countries have to make efforts to ensure rule-based trading systems are strengthened rather than weakened.

Apple’s Tim Cook: The pie gets larger if we work together

Tim Cook also called for “calm heads” and more open trade, amid rising fears of a trade war between the United States and China.

“My belief is that one plus one equals three. The pie gets larger if we work together,” Cook said.

“Businesses should be engaged with governments in countries where they are doing business, whether they agree or disagree,” Cook said.

Apple has sought to expand its services in China, its third-largest market, where roughly 1.8 million developers use its platform.

Cook has come to China several times in the past year, and was among the executives who met Chinese President Xi Jinping last October.

China’s Commerce Ministry on Friday urged the United States to “pull back from the brink,” saying it was not afraid to engage in a trade war.

(With inputs from agencies. CGTN's Cheng Lei and Wang Yue also contributed to the report.)