HEADLINE Four die in building collapse after explosion in Poland

Four die in building collapse after explosion in Poland 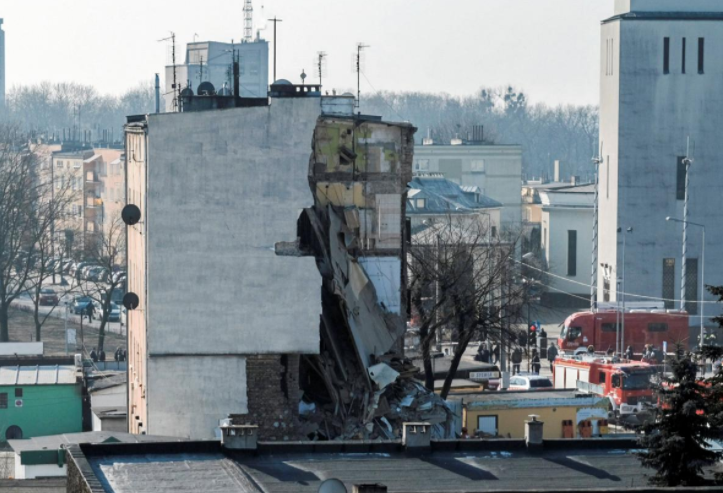 Four people died and about 20 were injured in an apartment building collapse in Poznan, western Poland, most likely to have been caused by a gas explosion, state-run news agency PAP said on Sunday.

The explosion on Sunday morning destroyed four of 18 apartments in the building, PAP said, quoting a local fire brigade representative.

The prosecutor’s office said an investigation is expected to start on Monday.

“Looking at the degree of destruction of this building, it was initially assumed that it could have been a gas explosion, but we do not have certainty yet. For now, our activities are focused on the rescue operation,” a state fire service spokesman told broadcaster TVN24.

Many households in Poland use gas for cooking or heating water.