HEADLINE Four people killed in a shooting at Turkish university

Four people killed in a shooting at Turkish university 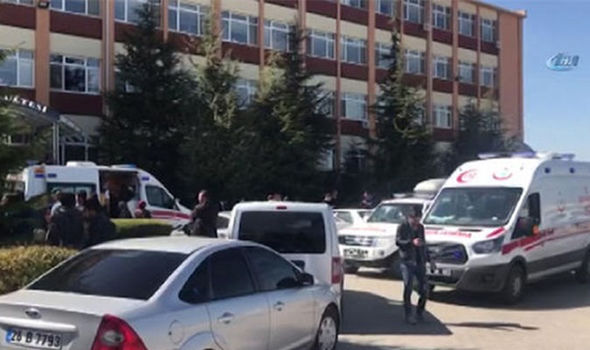 Four people were killed and three others were wounded on Thursday in a shooting at the Osmangazi University in Turkey's northwestern province of Eskisehir, the school's rector and local media said.

The gunman, a researcher at the university, shot dead the assistant dean, faculty secretary, lecturer, and a staff member from the education faculty of the university, rector Hasan Gonen told Turkish media. Broadcaster CNN Turk said three others had been wounded in the shooting.

Gonen said the assailant entered the university's education faculty with a gun and shot the four university staff members.

Footage from the scene showed several police officers and medical staff in the area, while students and university staff were treated at ambulances.

Police had detained the gunman, the state-run Anadolu news agency and other media reported.

The motive of the gunman was not immediately clear. A reporter for Anadolu, speaking on CNN Turk, said he had surrendered rather than trying to escape.