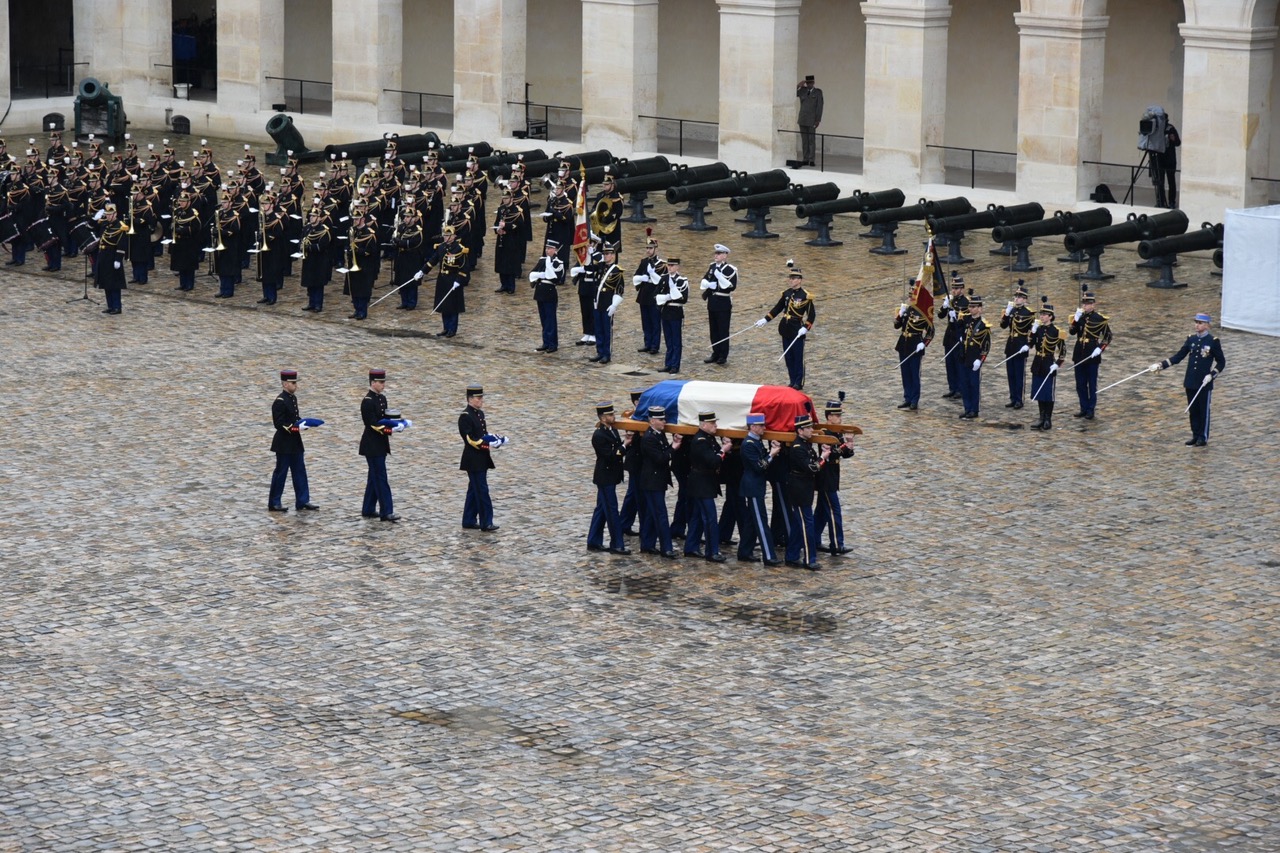 Paris (People's Daily) - A commemoration dedicated to Arnaud Beltrame, the lieutenant colonel who died in the deadly terrorist attack on March 23, has been held in Paris, paying a national tribute to the hero.

Beltrame volunteered to trade places with one of the hostages who was used as a human shield in the attack. Seriously injured by the terrorist, he died of the wounds later. On March 24, French President Emmanuel Macron decided that "national honors will be paid to Beltrame who gave his life to defend our citizens.”

In agreement with the family of Beltrame, the funeral procession began at the Pantheon at 10 am and crossed along the Seine, before joining the historic Hotel of Invalides complex at 11:30 am, where the commemoration took place.

At the sound of drums and covered by the tricolor flag, the coffin of Beltrame, carried by ten gendarmes, entered the courtyard of the Invalides, where the president, officers, officials and Parisians waited in a solemn silence.

The president hailed the courage of Beltrame with a 20-minute speech, calling for “renewed vigilance and civility” from “every citizen” in the face of “Islamism underground.”

“He showed that the foundation of the French Republic is the strength of soul,” said Macron, adding, “He will live in us… His lesson remains engraved in the minds of French people. His memory will live, his example will last.”

Macron paid tribute to all the gendarmerie forces and declared, “The French will not forget the heavy price paid by our forces on our territory.” He then raised the gendarme to the rank of Commander of the Legion of Honor.

Many gendarmes, officials, journalists and citizens came to pay a last tribute to the hero despite the rain. People were lining alongside the road to salute their hero. Throughout France, citizens and gendarmes also honored the brave soldier. 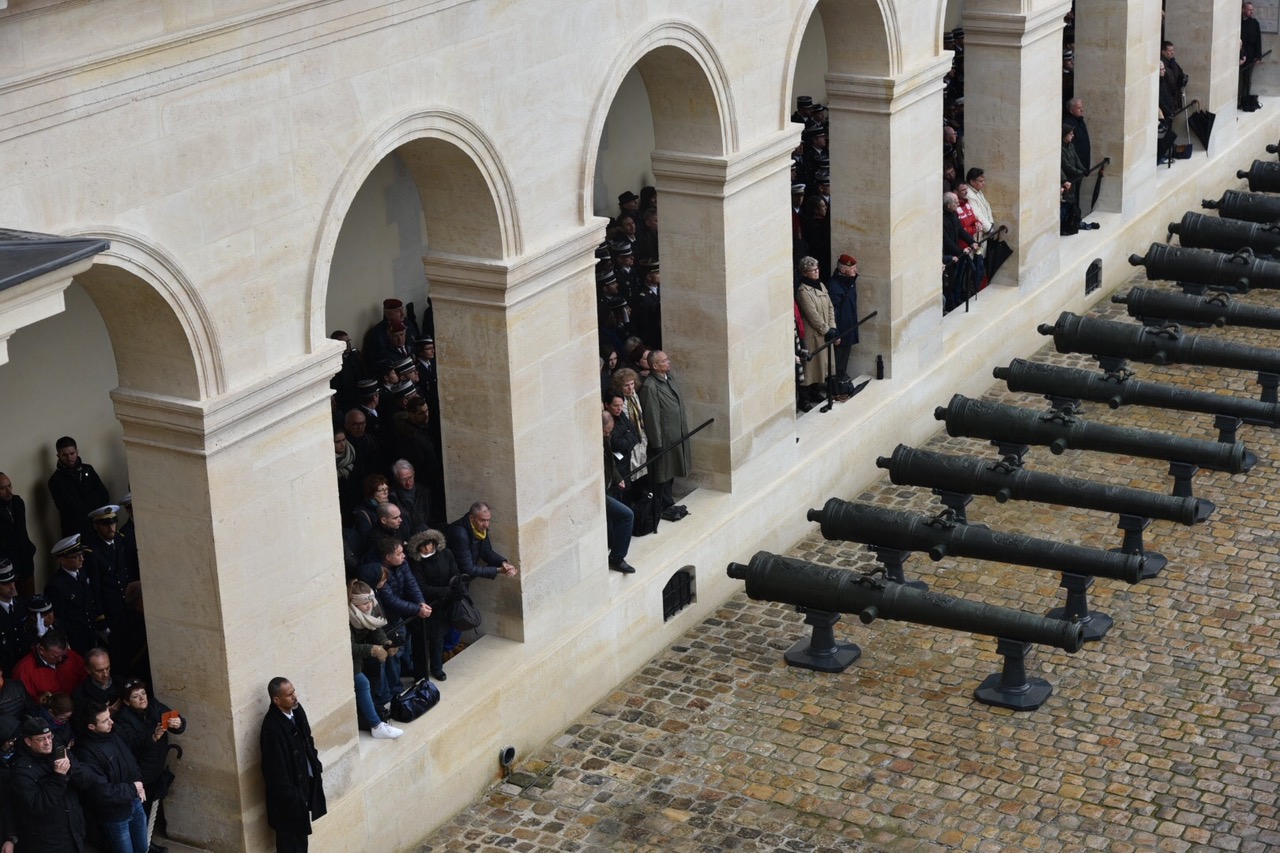 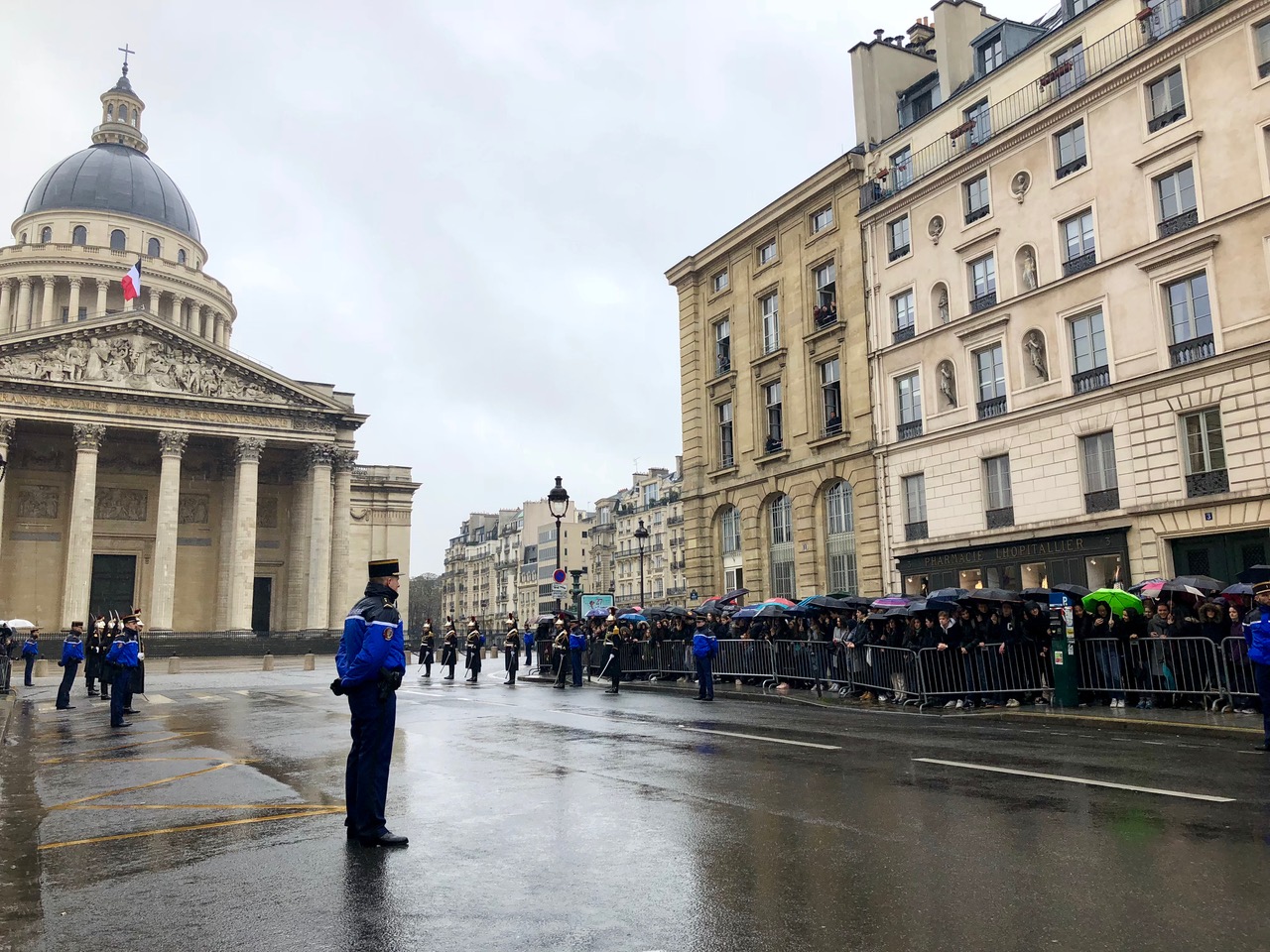 Crowds line up along Soufflot Street leading to the Pantheon to salute their hero. (Photo: Gong Ming and Liu Shuang/ People's Daily)