HEADLINE France stays away from Syria talks in Sochi

France stays away from Syria talks in Sochi 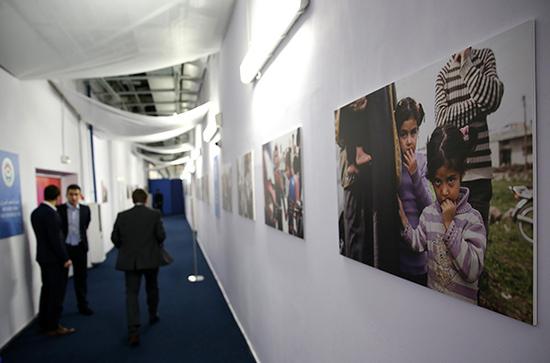 As a new Russia-brokered negotiation to resolve the crisis in Syria kicked off in the Black Sea resort of Sochi Monday, France said it would not attend, stressing that the UN-led talks in Geneva are "the only legitimate framework for the settlement of the Syrian crisis."
"All other initiatives, like the Sochi meeting organized by Russia, must support the UN process and be in that framework," Alexandre Giorgini, the foreign ministry's deputy spokesperson, said in a daily briefing.
"We take note of the Syrian opposition's decision not to go to Sochi. France will not participate in the work being carried out there," he added.
Russia, a key supporter of the Syrian government, is hosting the Congress of the Syrian National Dialogue, which, though boycotted by Syria's main opposition group, the Syrian Negotiations Commission, is being attended by a dissident faction of the opposition, representatives from the government of President Bashar al-Assad, as well as Iran, Turkey and the United Nations.
Moscow also invited the other permanent members of the UN Security Council - Britain, China, France and the United States - to the meeting after the Geneva talks last month failed to resolve the seven-year  crisis.