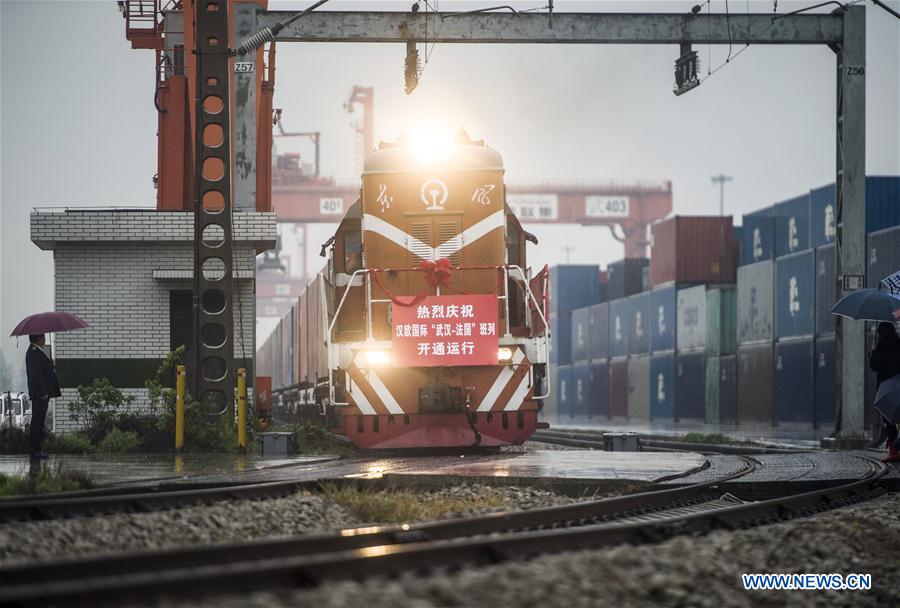 It marked the start of a new direct China-Europe freight train route stretching 10,815 kilometers.
The train will pass through Kazakhstan, Russia, Belarus, Poland and Germany, reducing the transporting time to France by nearly 20 days compared with ocean shipping, as well as carbon dioxide emissions.
The first train's 41 containers include electric products and sportswear.
About 16 Wuhan-Europe freight routes have been launched since 2012, linking Wuhan with more than 60 cities in Europe, Central Asia and West Asia.
As of October 20, 277 trains carrying a total of 25,000 containers had travelled the route this year