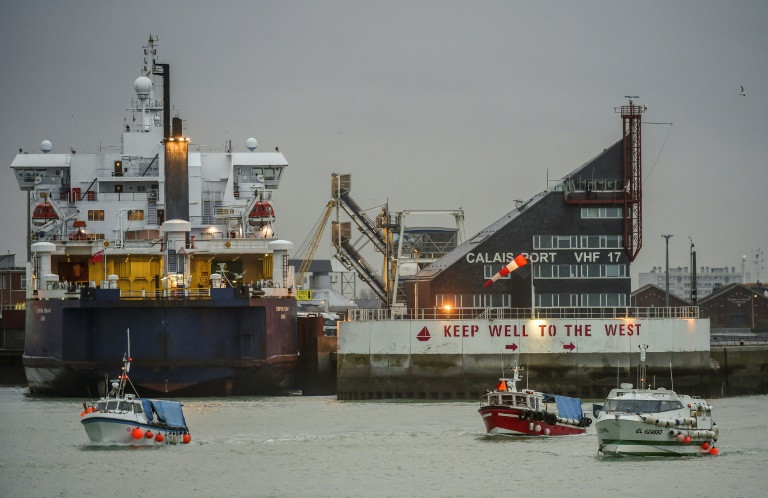 A protest against pulse fishing ground Calais, France's busiest passenger port, caused delays for travellers and hauliers on both sides of the Channel. Photo: AFP

French fishermen protesting losses caused by electric pulse fishing in the North Sea blockaded the port of Calais on Thursday, backing up traffic on one of Europe's busiest shipping routes.

A dozen fishing trawlers blocked access to the quayside in Calais, France's biggest passenger port, causing delays for travellers and hauliers on the other side of the Channel.

"The Port of Calais is closed due to the French fisherman blockade. Currently no ships movements in the port," British ferry company P&O tweeted.

Pulse fishing involves fitting nets with electrodes and pulling them above the seabed. The electric current sends shocks through the sediment, forcing the fish up out of the sand into the trawler's nets.

The method is widely used by Dutch vessels fishing for sole, raising the hackles of the French, who say it harms fish stocks, even though less than one percent of European trawlers use it.

"The Dutch have wrecked the sea. There are no more fish," said Christian Dubois, the Calais-based representative of a fishing industry body.

A spokeswoman for P&O said two car ferries were waiting in the English port of Dover to cross and two others were stuck in Calais.

Danish shipping company DFDS, which also runs ferries between France and Britain, said two of its vessels were delayed in Dover and one in Calais.

The fishermen eventually accepted to allow one ferry through towards England every hour, a source in the port authority said.

P&O was directing some customers towards the Channel tunnel while DFDS was rerouting some of its ferries through the French port of Dunkirk, about 30 kilometres (20 miles) north of Calais. 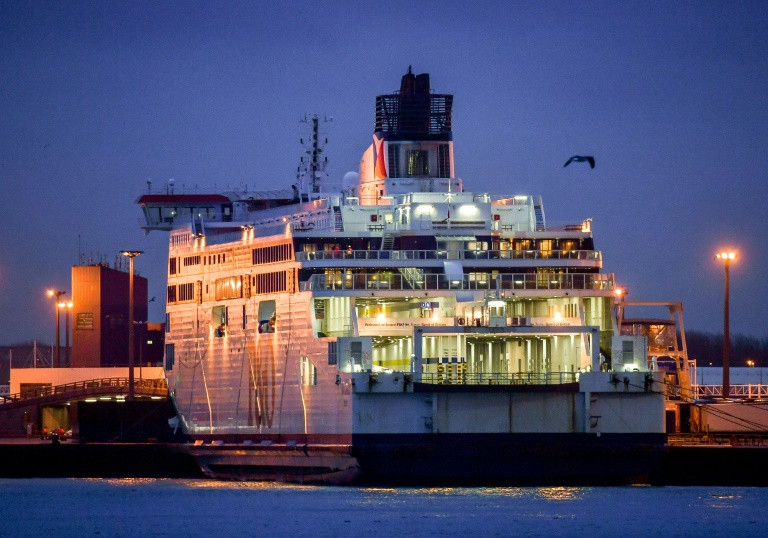 A spokeswoman for P&O said two car ferries were waiting in the English port of Dover to cross and two others were stuck in Calais. Photo: AFP

Two French trawlers blockaded access to the part of the port where Dutch vessels unload their catches and a dozen fishermen blocked a main road leading to the port.

DFDS France's director of operations, Sebastien Douvry, warned that the blockade in Calais would leave truckers vulnerable to migrants who mob lorries and try to climb aboard in order to smuggle into Britain.

Pulse fishing has become a cause celebre in France, prompting a boycott by 200 top European chefs of seafood netted using the technique.

Dubois demanded 30,000 euros in state aid per French trawler over three years to offset the alleged impact on fish stocks.

European institutions are at odds over the issue, with the EU's commissioner for fisheries arguing that the use of electric currents is safer for the environment than methods that plough up the seabed.

Under current EU rules, member states can equip up to five percent of their fleets with electrodes.

Some 84 Dutch boats use the practice, alongside three Belgian vessels.

But this month the European Parliament defied Brussels, which wants to extend the practice, by calling for an outright ban.

The parliament, the EU's only directly elected body, will now try to strike a compromise with the European Commission, the bloc's executive, and the European Council, which groups the 28 member states.