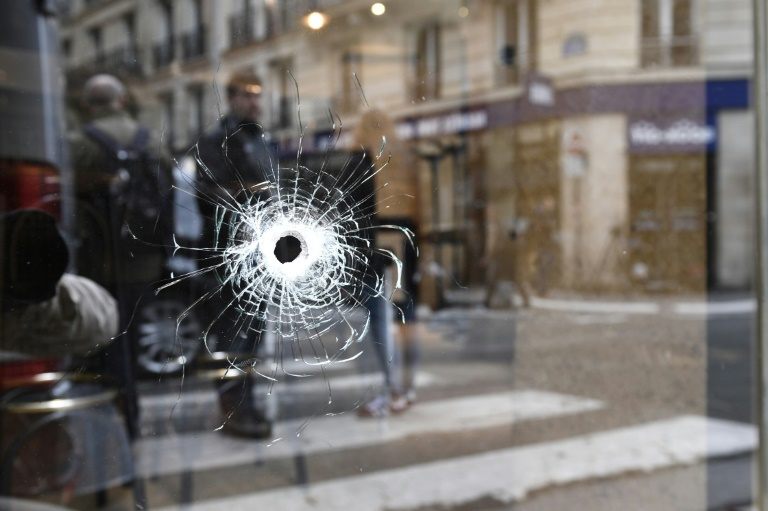 Witnesses described dramatic scenes as the knifeman struck, walking along stabbing people and yelling "Allahu akbar" (God is greatest). He was shot dead after an officer failed to subdue him with a Taser (Photo: AFP)

French prosecutors on Monday detained a friend of Paris knife attacker Khamzat Azimov for another 24 hours, as investigators moved him to the domestic intelligence headquarters for questioning over the stabbing spree claimed by the Islamic State group.

A source close to the investigation said the friend, like Azimov a 20-year-old of Chechen origin from Strasbourg, had been transferred from the eastern city to the offices of the DGSI intelligence agency under high security.

Azimov, a naturalised French citizen, was shot dead by police on Saturday night after stabbing a 29-year-old man to death in the busy Opera district of central Paris and wounding four others.

A source said the detained friend was the "individual closest" to Azimov, whose parents have also been taken into custody

The young man was arrested by heavily armed, masked police on Sunday at his home in Strasbourg.

He was escorted out in handcuffs with his face covered, wearing a t-shirt that said "Defend Grozny" -- the capital of Russia's North Caucasus region of Chechnya -- with a picture of a machine gun.

Saturday's knife rampage followed a series of jihadist assaults that have now claimed 246 lives in France since 2015, including the Paris attacks of that year and the truck-ramming attack targeting Bastille Day revellers in Nice in 2016.

A source close to the inquiry said Azimov grew up in Strasbourg, which has a large community of Chechen refugees.

The family had since moved to Paris and were renting rooms in the northern 18th arrondissement.

Although Azimov had no criminal record, he was on both of France's main watchlists for suspected radicals -- the so-called "S file" and a more targeted File for the Prevention of Terrorist Radicalisation (FSPRT), which focuses on people judged to be terror threats -- since 2016.

The government has come under fire over the fact that Azimov had been flagged as a suspected extremist, like several others behind deadly attacks including the brothers who carried out the Charlie Hebdo gun massacre in 2015.

But Interior Minister Gerard Collomb insisted: "Every week the S files help us to dismantle networks and stop attacks."

Azimov became a French citizen in 2010 after his mother was naturalised, according to government spokesman Benjamin Griveaux.

Hundreds of fighters from Chechnya have joined Islamist militant groups in recent years, following two bloody separatist wars against Russian-backed authorities in the 1990s and 2000s.

Amaq, the IS propaganda agency, released a video Sunday in which it claimed responsibility for the attack, with footage which it claimed showed Azimov pledging allegiance to the jihadist group.

IS has long urged followers to seek "martyrdom" by targeting American or European "infidels" by any available means.

The injured included a 34-year-old Chinese man who lives in Luxembourg and a 54-year-old woman who were seriously hurt, as well as a 26-year-old woman and a man of 31 who were lightly wounded. Officials said all four were out of danger.

"The attacker entered a shopping street, I saw him with a knife in his hand," said Jonathan, a waiter at a Korean restaurant.

French President Emmanuel Macron tweeted: "France has once again paid the price in blood but will not give an inch to the enemies of freedom."

US President Donald Trump meanwhile tweeted that he was "sad" to learn of the attack.

"This kind of sickness and hatred is not compatible with a loving, peaceful and successful country," he said.