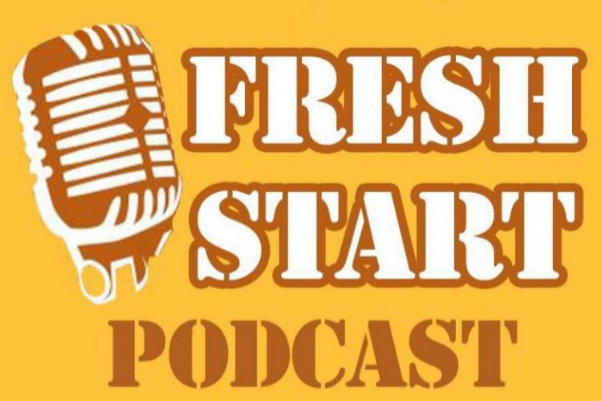 Welcome to Fresh Start.This is People’s Daily app. Here are today’s picks from our editors.North Korea pledges to consolidate friendship with China 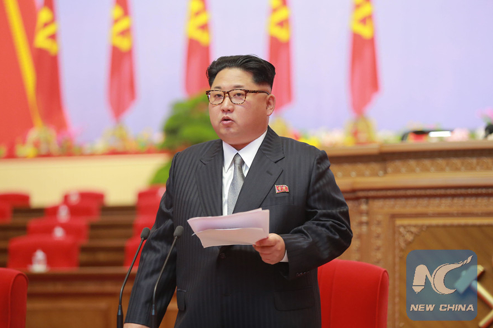 North Korean leader Kim Jong-un pledged on Saturday to jointly write a new chapter of the country's friendship with China during a meeting with a senior Chinese official in Pyongyang.Kim, chairman of the Workers' Party of Korea and the State Affairs Commission, met with Song Tao, head of the International Department of the Communist Party of China Central Committee at the headquarters of the WPK Central Committee on Saturday.

During the meeting, Kim extended his greetings to General Secretary of the CPC Central Committee Xi Jinping and welcomed the Chinese art troupe headed by Song that will attend the "Spring of April" International Friendship Art Festival held in Pyongyang.

Kim said that not long ago, he made a historic visit to China, during which he had long-time and meaningful talks and exchanges with Xi. Song said it is an unswerving policy of the CPC and the Chinese government to preserve, consolidate and develop relations with North Korea. Kim said that during his visit to China he witnessed the remarkable achievements made by China and he was happy for the brotherly Chinese people. (People’s Daily app)Assad calls US-led tripartite attack a campaign of lies 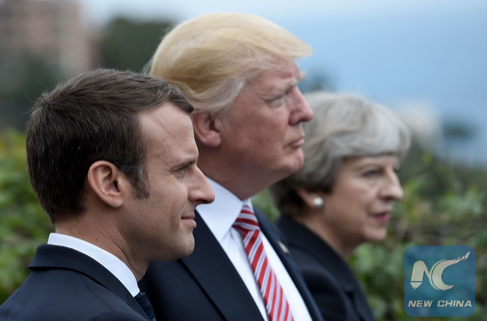 Syrian President Bashar al-Assad said Sunday that the US-led missile strikes on Syria were coupled with a campaign of lies in the UN Security Council, according to state news agency SANA.Assad also pointed out that Moscow and Damascus are waging the same “battles” against terrorism and “to protect international law based on respect of the sovereignty of countries and the wills of people.” Members of a Russian Federation delegation later slammed the US-led strike as a clear violation of international accords, adding the attack came at a time when Syrians were working to restore stability and rebuild what was destroyed by rebel factions. (People’s Daily app)Putin predicts global 'chaos' if West hits Syria again 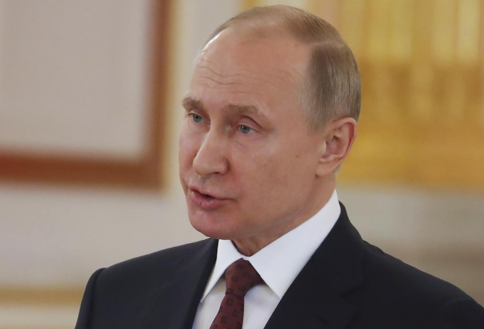 Russian President Vladimir Putin warned on Sunday that further Western attacks on Syria would bring chaos to world affairs, while signs emerged that Moscow and Washington want to pull back from the worst crisis in their relations for years.Putin made his remarks in a telephone conversation with Iranian counterpart Hassan Rouhani after the US, France and Britain launched missile strikes on Syria on Saturday over a suspected poison gas attack.Speaking to the BBC, Britain’s Foreign Secretary Boris Johnson said that Western powers had no plans for further missile strikes, though they would assess their options if Damascus used chemical weapons again.In Damascus, Assad told a group of visiting Russian lawmakers that the Western missile strikes were an act of aggression, Russian news agencies reported. Iranian Supreme Leader Ayatollah Ali Khamenei described the attack as a crime and the Western leaders as criminals, while UN Secretary-General Antonio Guterres urged all UN Security Council members to use restraint but said charges of chemical weapons use demand investigation. (Reuters)Pence says US prepared for potential Syria retaliation 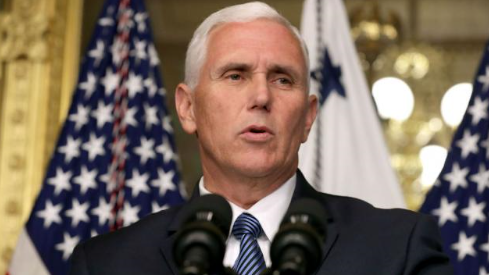 US Vice President Mike Pence said the Trump administration stands ready to respond to any potential retaliation from Syria or its allies, including Russia and Iran.So far, the two Syrian allies have yet to announce counter measures in response to the Western-led strikes against Syria over the weekend."The US is ready to respond, to defend our forces," Pence told reporters at a summit in Lima, Peru.Pence’s remarks came just one day after the US, UK and France fired over 100 missiles at what they believed were chemical weapons facilities responsible for an alleged attack in a Damascus suburb last week.Russian President Vladimir Putin denounced the strikes as an “act of aggression” but made no mention of possible retaliation for the attacks on his Middle Eastern ally. (People’s Daily app)China launches espionage alert website 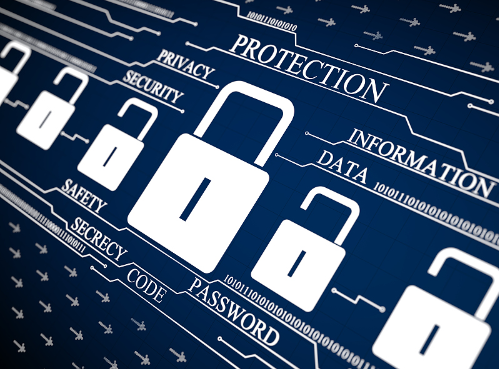 Chinese citizens can now report activities that compromise national security through a website unveiled on Sunday.The security platform, www.12339.gov.cn, is run by the Ministry of National Security and available to organizations and individuals who have information about activities that could harm national security, including espionage, said an official statement from the ministry’s office.There is also a phone number, 12339, which is available for anyone to use.The ministry has pledged to protect the privacy of those who report such activities.  For people who provide true information, they will be rewarded, and at same time, if their information is discovered to be intentionally false, then they will be held accountable. (People’s Daily app)China’s civilian drone regulations set for June take-off 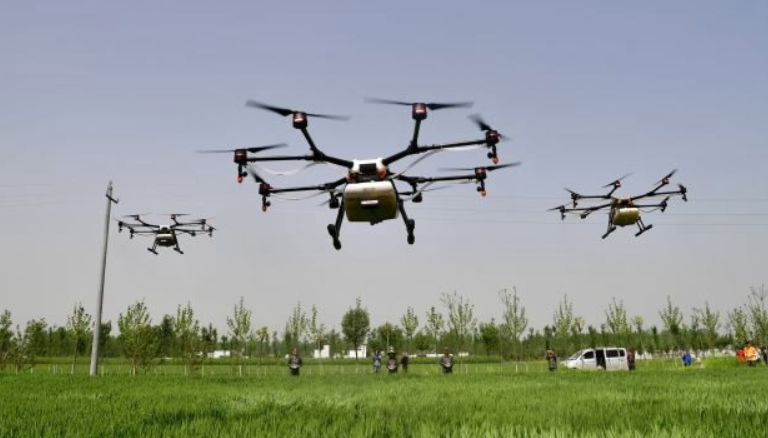 New regulations on civilian-operated drones will go into effect beginning June 1, the Civil Aviation Administration of China announced.The regulations will include changes to the application requirements and procedures for acquiring a business license, along with updated drone supervision measures.Unmanned aerial vehicles, otherwise known as “drones,” have been used in a wide range of fields including agriculture and forestry, electrical power supply, geographical mapping, environmental monitoring and film shooting, effectively replacing traditional aviation operations.Drone usage that includes aerial spraying, filming and photography, performances and pilot training on UAV’s weighing 250 grams or more will be subject to the regulations, which will not cover those used for carrying passengers or cargo. (CGTN)Soaked streets and water fights for Myanmar New Year festival 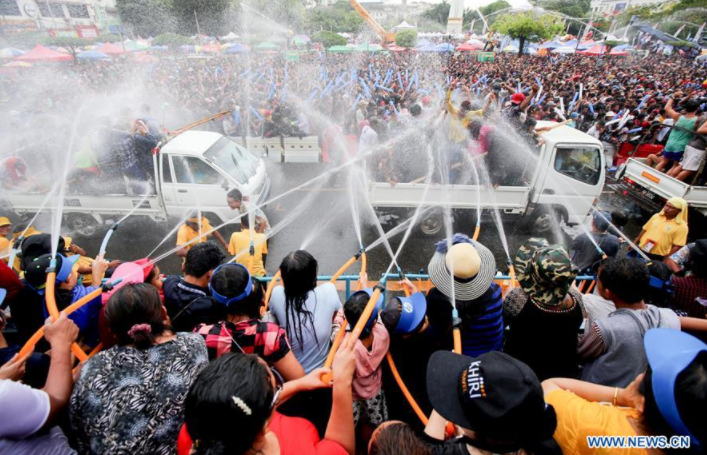 The thuds of party music and splash-happy water fights marked ongoing celebrations leading up to the Buddhist New Year in Myanmar.The colorful four-day Thingyan festival began on April 13 and ends Monday, with the New Year arriving the following day. The holiday is a frenzied time in Myanmar, and major cities like Yangon are virtually shut down, making it difficult to walk outside without getting blasted with water.In addition to traditional ceremonies, the festival takes the form of a country-wide party, with ear-splitting music and concerts, street food and endless water fights. The raucous holiday is watched closely by the authorities, who issue frequent warnings about improper behavior. (AFP)Bon Jovi, Nina Simone, Dire Straits inducted into Rock Hall of Fame 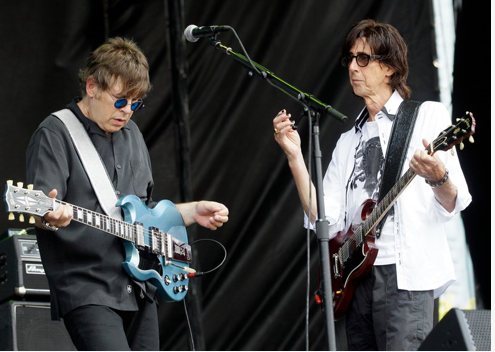 On Saturday, Bon Jovi, the Cars, Nina Simone, and Dire Straits were inducted into the Rock & Roll Hall of Fame class of 2018.The Moody Blues and Sister Rosetta Tharpe, who passed away in 1973, also made the cut at the 33rd annual ceremony at the Public Auditorium in Cleveland, Ohio where the Rock Hall is based.This year’s inductees were chosen from a group of 19 bands and performers, including Radiohead, who were expected to get in for their first year of eligibility, but did not.Each year, between five and seven acts are usually inducted into the Rock Hall following a vote from 1,000 people, including performers, music historians and industry experts. This year, fans also were able to vote on the Rock Hall’s website. (AP)Thanks for listening and be sure to catch us tomorrow.Today’s quote is from Russian writer Leo Tolstoy.“The strongest of all warriors are these two — Time and Patience.” (Produced by Nancy Yan Xu, Lance Crayon, Ryan Yaoran Yu, and Terry Guanlin Li)