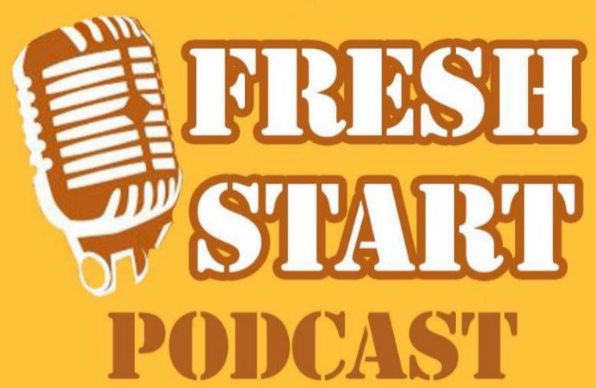 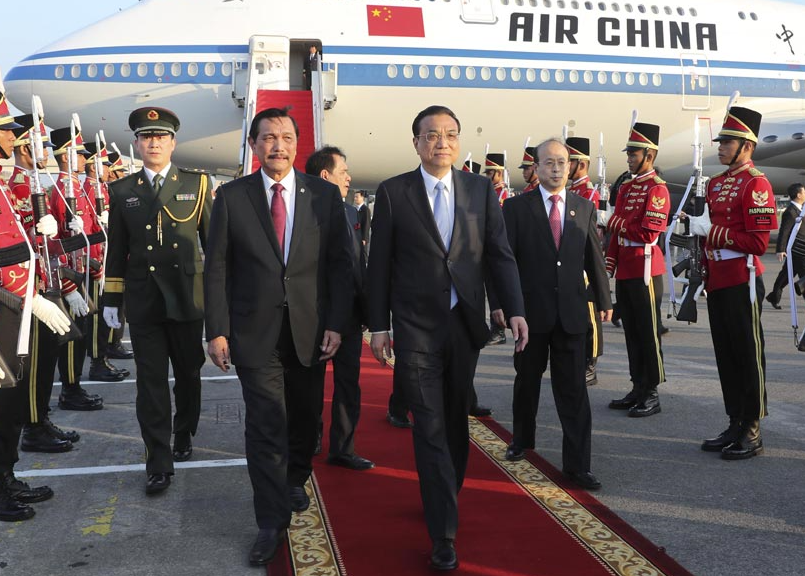 When Li arrived at the airport he was greeted by senior officials and Indonesia's Coordinating Minister for Maritime Affairs Luhut Binsar Pandjaitan.

Since Chinese President Xi Jinping’s state visit to Indonesia in 2013, the two countries have been promoting synergy within their development strategies, yielding fruitful results in their cooperation in various fields, Li said shortly after arriving.

Li will hold talks with Indonesian President Joko Widodo and Vice President Jusuf Kalla and attend a China Indonesia business summit. During his visit he will also witness the signing of cooperation agreements between the two nations. (Xinhua - People's Daily app) 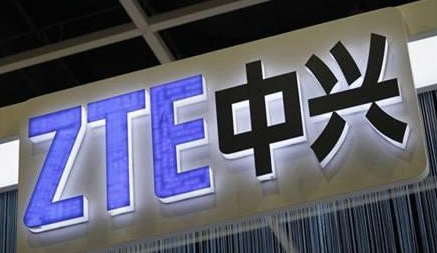 China’s ZTE formally submitted a request to the US Commerce Department to suspend the Denial Order banning US companies from selling components and software for seven years, the company said in a filing with the Shenzhen Stock Exchange on Sunday.

The Denial Order, issued last month by the US Commerce Department, has brought ZTE to “an abrupt stop” due to its heavy reliance on American chip supplies.

Company representatives said the ban was unacceptable and threatened its survival, while a spokesperson from the Ministry of Commerce said China would take any necessary measures in response to the US move against ZTE.

On Friday, China’s Ministry of Commerce said that Chinese officials had made solemn representations over the ZTE case to the visiting US trade delegation recently in Beijing to help soothe trade tension between the two countries (CGTN – People’s Daily app)

North Korea accuses US of misleading opinion on denuclearization commitment 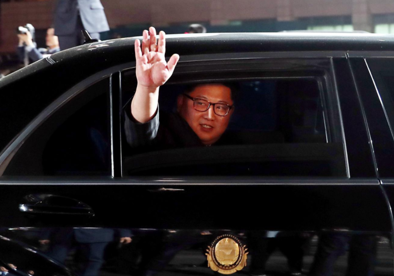 North Korea on Sunday accused the US of misleading world opinion by saying their commitment to denuclearization on the Korean Peninsula was the outcome of international sanctions and pressure.

The Korean Central News Agency quoted a spokesperson from North Korea’s Ministry of Foreign Affairs who said that Washington is deliberately provoking the North despite the improvements made on the Korean Peninsula.

"Recently, the US is misleading public opinion, arguing as if North Korea’s clarification of its intention for denuclearization of the Korean Peninsula made through the Panmunjom Declaration adopted at the historic North South summit is the result of so-called sanctions and pressure," said the spokesperson said.

The spokesperson warned that if Washington miscalculates the peace-loving intentions of the North as a sign of weakness and continues to apply pressure and make military threats, it would be counter-effective to addressing the nuclear issue on the peninsula. (Xinhua – People’s Daily app)

US would regret quitting nuclear deal 'like never before' 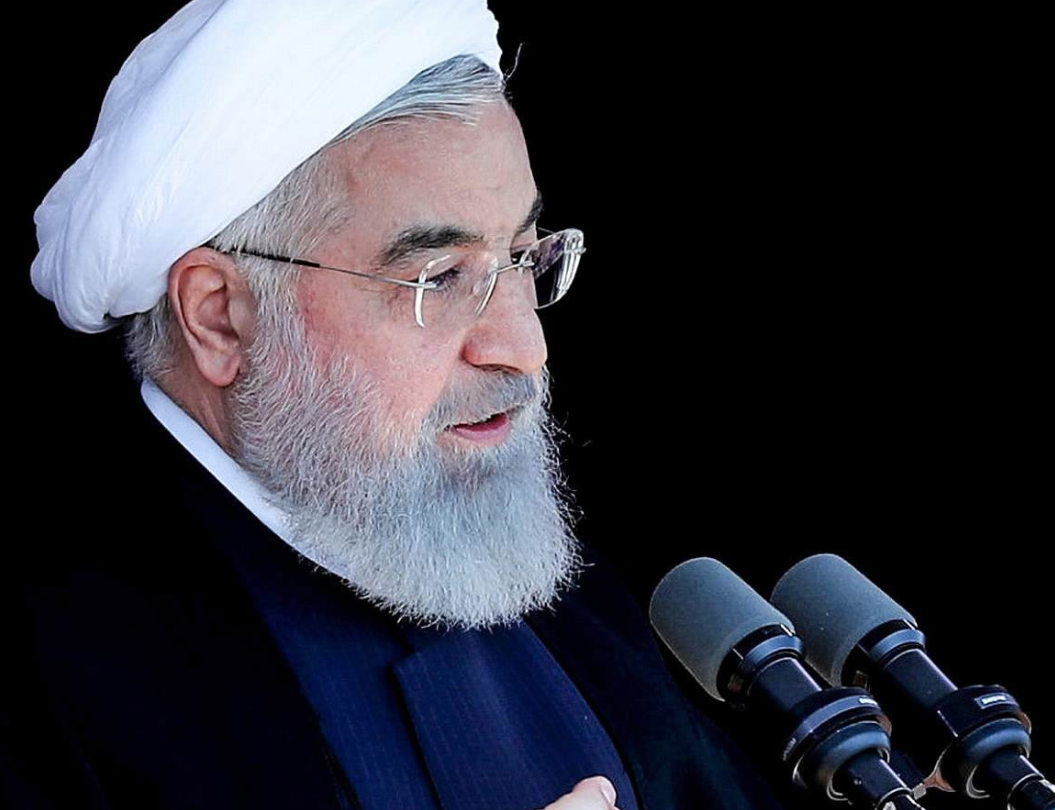 Iranian President Hassan Rouhani said on Sunday that if the US quits the nuclear deal between Tehran and world powers then Washington would regret it "like never before.”

US President Donald Trump has threatened to abandon the agreement when it comes up for renewal on May 12, demanding his country's European allies "fix the terrible flaws" or he will re-impose sanctions.The Islamic republic has always denied it sought a nuclear weapon, insisting its atomic program was for civilian purposes.

The nuclear deal was struck in 2015 between Iran and Britain, China, France, Germany, Russia and the US by former US President Barack Obama. (AFP - People’s Daily app) 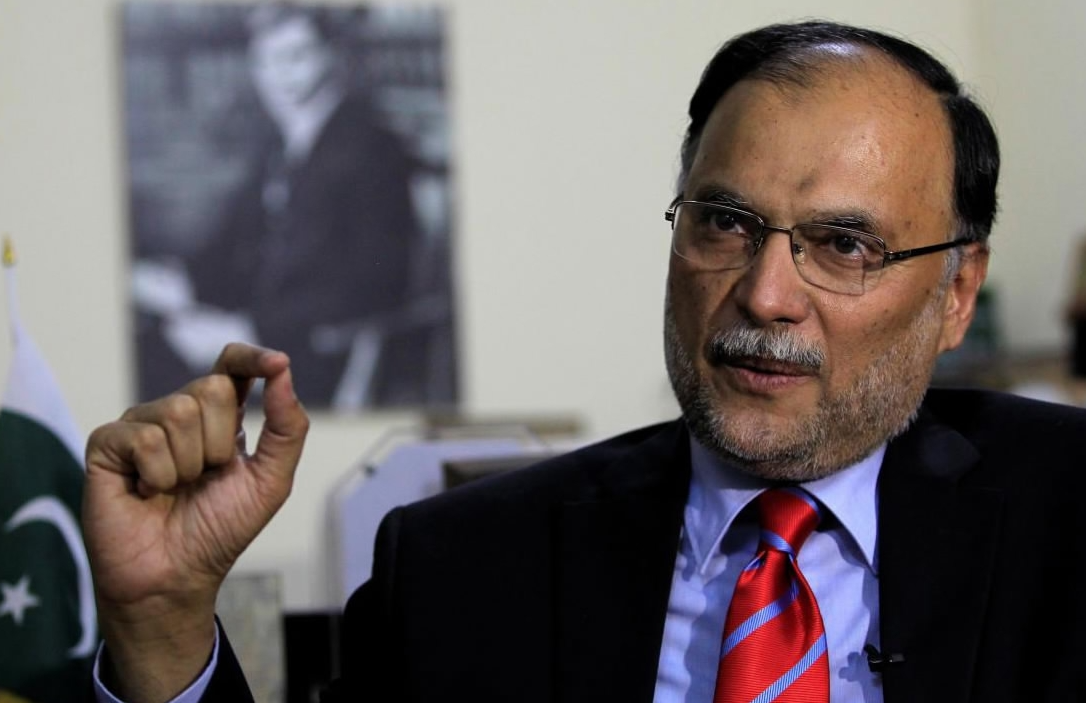 The minister was rushed to a nearby hospital after a gunman shot him in the right arm shortly after he finished speaking at an event in Kanjrur.

Police have arrested the alleged assailant where he is being held for questioning at an unknown location. (People’s Daily app - CGTN) 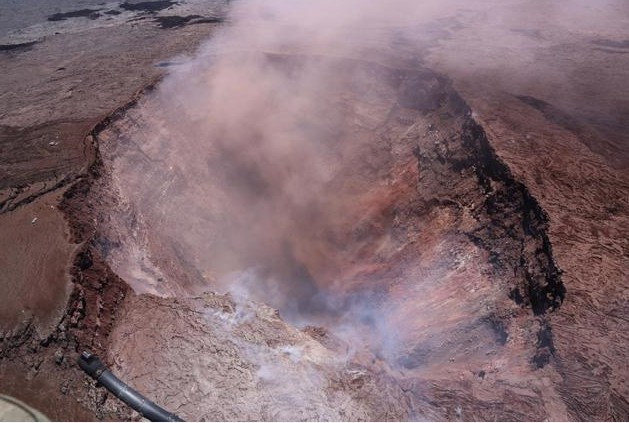 The Chinese Consulate in Los Angeles issued a warning over the weekend advising Chinese nationals to avoid dangerous zones on Hawaii's Big Island, which has experienced volcanic eruptions and earthquakes since Thursday.

A message posted on the Consulate’s website said the Kilauea Volcano eruptions have forced the evacuation of thousands of people, and parts of the Hawaii Volcanoes National Park have been shut down.

Following the three eruptions, two earthquakes occurred on Friday, and one with a 6.9-magnitude that was the state's strongest since a 7.1-magnitude quake hit almost exactly in the same location in 1975.

Although there were no reports of casualties, the Hawaii County Civil Defense Agency warned that the bigges threat continued to be the high-levels of sulfur dioxide in the evacuation areas. (Xinhua – People’s Daily app) 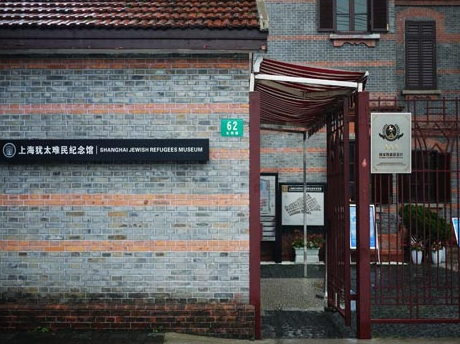 The Shanghai Jewish Refugees Museum has received government approval for expansion set to begin this year.

The expansion will help display more historical items and augment the history of the Jewish refugees in Shanghai during World War II, said Chen Jian, Curator of the Shanghai Jewish Refugees Museum.

Chen said the museum has over 600 pieces of historical material, including wedding dresses and toys used by the Jewish refugees. 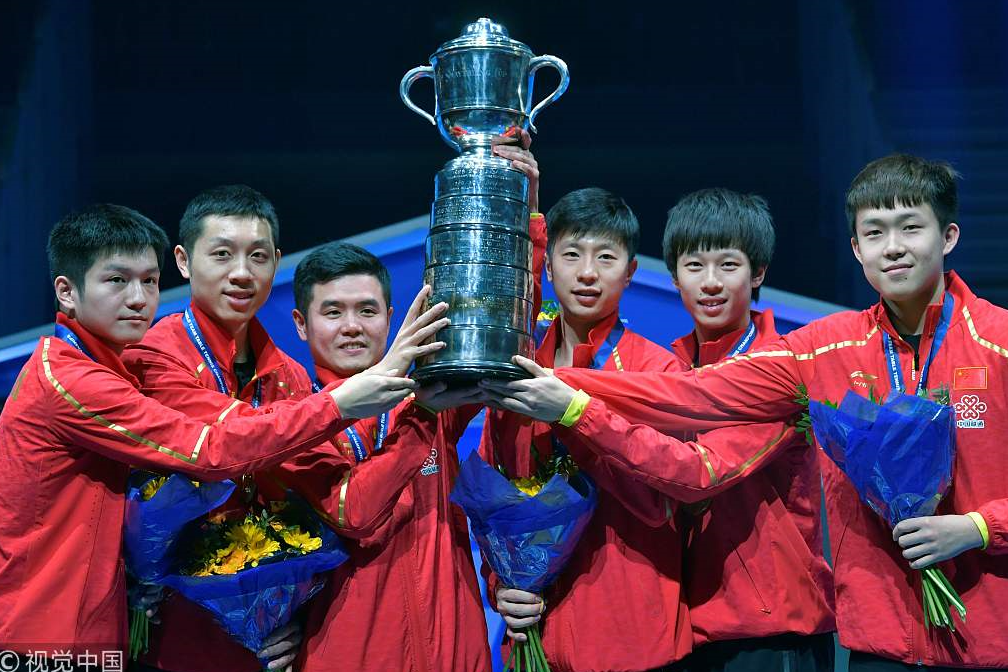 On Saturday, defending champions China claimed consecutive titles in the men’s and women's finals for the 2018 World Team Table Tennis Championships in Sweden.

"The title is very precious," said Ding. "I am grateful to everyone who has contributed to the success."  On Sunday, the men’s team claimed their ninth consecutive championship with veterans Ma Long, Xu Xin and world number one Fan Zhendong against a German team stacked with top players Timo Boll, Ruwen Filus and Patrick Franziska.

It was Ma who persevered in the men’s singles final defeating Boll to claim the championship.

When asked about the Tokyo Summer Olympics, Ma said, "Two years are not long, also not short either, I need to plan for it, but first of all, I have to get the ticket to Tokyo." (Xinhua - People’s Daily app)

“Luck is a dividend of sweat. The more you sweat, the luckier you get.”