HEADLINE FTC to investigate Facebook over use of personal data

FTC to investigate Facebook over use of personal data 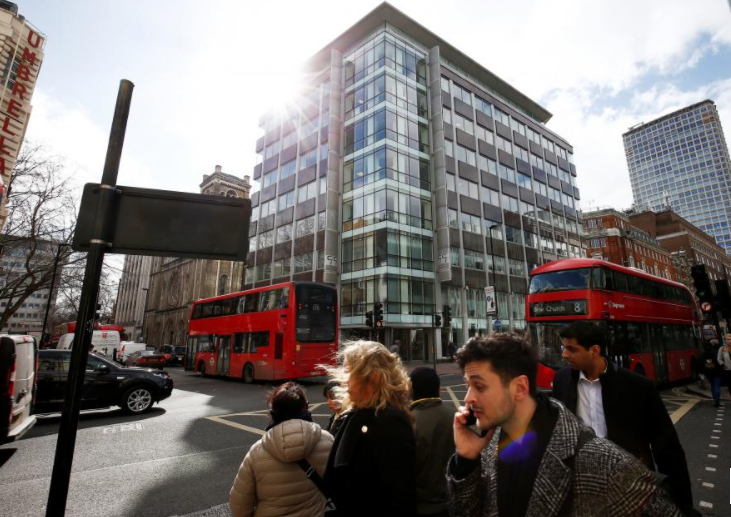 The US Federal Trade Commission is investigating Facebook Inc over its use of personal data, Bloomberg News reported on Tuesday, after a whistleblower said a political consultancy hired by Donald Trump improperly accessed

and that its dented reputation could scare off users and advertisers.

US and European lawmakers have demanded an explanation of how the consultancy, Cambridge Analytica, gained access to the data in 2014 and why Facebook failed to inform its users, raising broader industry questions about

Facebook will brief US Senate and House aides on Wednesday, congressional staff said.

The FTC, the regulatory agency in charge of consumer protection, is looking into whether Facebook violated terms of a 2011 consent decree of its handling of user data that was transferred to Cambridge Analytica without their

knowledge, a person familiar with the matter told Bloomberg.

“We are aware of the issues that have been raised but cannot comment on whether we are investigating. We take any allegations of violations of our consent decrees very seriously as we did in 2012 in a privacy case involving

Under the 2011 settlement, Facebook agreed to get user consent for certain changes to privacy settings as part of a settlement of federal charges that it deceived consumers and forced them to share more personal information than

If the FTC finds Facebook violated terms of the consent decree, it has the power to fine the company thousands of dollars a day per violation.

In Britain, the Information Commissioner’s Office, an independent authority set up to uphold information rights in the public interest, was seeking a warrant on Tuesday from a judge to search the offices of London-based Cambridge

People were seen carrying multiple plastic storage containers into and out of the building that houses Cambridge Analytica’s London office, among other companies. It was not clear which firm they were going to.

Created in 2013, Cambridge Analytica markets itself as a source of consumer research, targeted advertising and other data-related services to both political and corporate clients.

According to the New York Times, it was launched with $15 million in backing from billionaire Republican donor Robert Mercer and a name chosen by the-then future Trump White House adviser Steve Bannon.

Facebook says the data were harvested by a British academic, Aleksandr Kogan, who created an app on the platform that was downloaded by 270,000 people, providing access not only to their own personal data but also their friends’.

Facebook said Kogan then violated its policies by passing the data to Cambridge Analytica. Facebook has since suspended both the consulting firm and SCL (Strategic Communication Laboratories), a government and military

Facebook said it had been told that the data were destroyed.

Kogan says he changed the terms and conditions of his personality-test app on Facebook from academic to commercial part way through the project, according to an email to Cambridge University colleagues obtained and cited by

“If this data still exists, it would be a grave violation of Facebook’s policies and an unacceptable violation of trust and the commitments these groups made,” Facebook said.

Cambridge Analytica has denied all the media claims and said it deleted the data after learning the information did not adhere to data protection rules.

“We are not alone in using data from social media sites to extract user information,” Cambridge Analytica said. “No Facebook data was used by our data science team in the 2016 presidential campaign.”