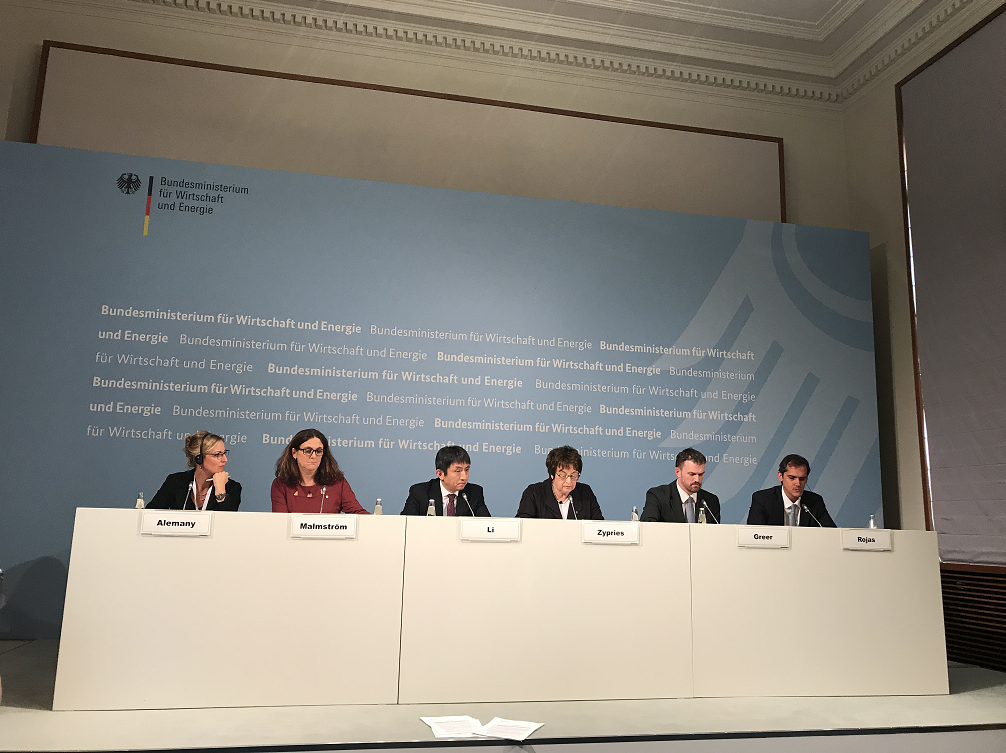 Recalling China’s commitment to a healthier planet, at the Hangzhou G20 Summit in 2016, an official statement announced, “Overcapacity is a universal, cyclical and structural issue arising during economic globalization, rather than an economic phenomenon unique to the steel industry.”

China has proven that their initiatives of pushing supply-side steel capacity through market-oriented and legal methods are effective and have seen positive results.

Since last year, over 100 million tons of outdated steel capacity has been eliminated. According to information provided to GFSEC members, from 2014 to 2016, China’s steel reduction surpassed 120% of the world’s total share. It’s an achievement that defies odds, and all at a hefty price for China.

In 2016, China was able to relocate and provide continued employment for 200,000 steelworkers, a figure greater than the number of steel jobs in the US and Japan combined, and equal to 60% of Europe’s steel manufacturing workforce.

China leads the world in eliminating steel overcapacity.  Through proactive and persistent measures designed for global steel industry development, China is able to meet its own development standards and needs.

In pinpointing some of the causes of today’s steel overcapacity, the Hangzhou statement also said, “The fundamental cause of this wave of steel excess capacity is depressed demand resulting from world economic recession triggered by the US financial crisis in 2008, and is the consensus of the leaders at the G20 Hangzhou Summit.”

China will continue to help advance the G20 steel forum agenda, with the new G20 member group will continue, showing no signs of slowing down.

China’s goal is to help guide the steel industry on a trajectory of sound and healthy development.

As set forth during the G20 Hamburg Summit 2017, the steel forum reports annually to G20 ministers within a three-year renewable mandate.