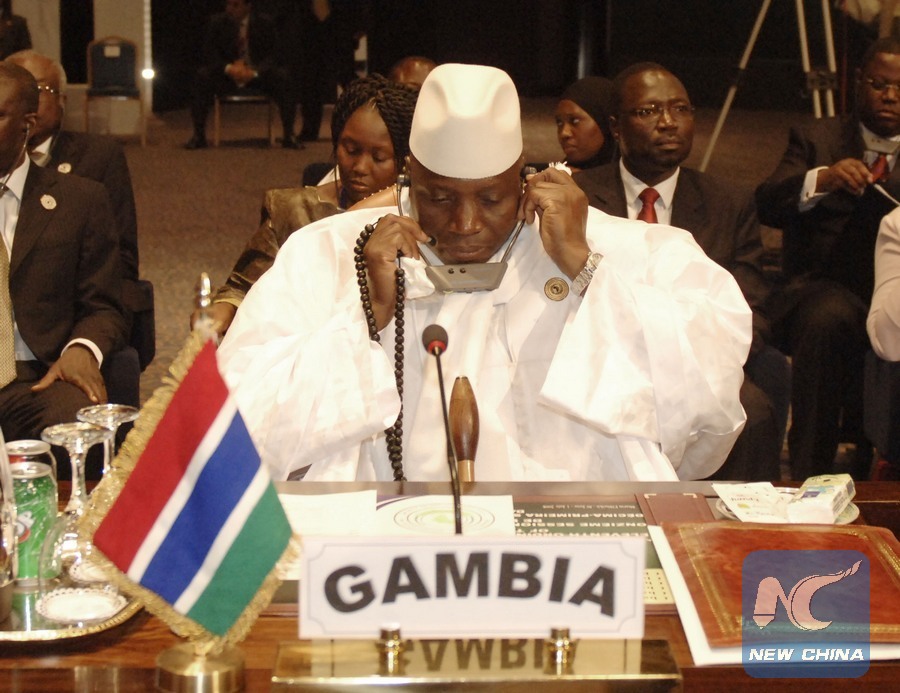 Gambian President Adama Barrow will pay a state visit to China from Wednesday to next Tuesday, Chinese Foreign Ministry spokesperson Lu Kang announced Monday.Barrow is visiting at the invitation of Chinese President Xi Jinping, Lu said.China and Gambia resumed bilateral relations in March 2016 after ties had been severed for some 20 years.Barrow was sworn in as Gambian president on January 19.China and Gambia have agreed to further parliamentary exchanges and cooperation.