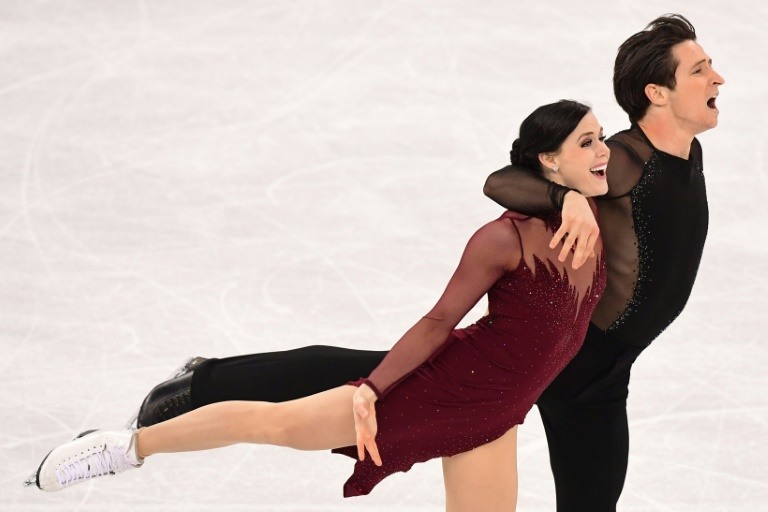 The Pyeongchang Winter Olympics was hit by a third doping scandal on Tuesday, casting a shadow over the magic on ice served up by peerless Canadians Tessa Virtue and Scott Moir.

On a day when the first unified Korean Olympic team took an emotional bow, the Games suffered a new doping blow with the suspension of Slovenian ice hockey player Ziga Jeglic.

A day earlier, a Russian bronze medallist in curling was suspended over suspected doping and a Japanese short-track speed skater was kicked out of the Games in South Korea last week.

Jeglic, 29, who plays professional ice hockey in Russia, tested positive for fenoterol, a banned substance used to treat breathing difficulties, and was given 24 hours to quit the Olympic Village.

The latest drugs scandal hit just after one of the high points of the Games -- the gold-medal-winning performance of Virtue and Moir to clinch victory in the ice dance.

They skated last after watching French rivals Gabriella Papadakis and Guillaume Cizeron break their own free dance record and top the standings with the best combined total of their careers.

The pressure was unbearable but Virtue and Moir showed no signs of buckling, skating out a flawless routine to Roxanne from Moulin Rouge in what may well be their last hurrah on the world stage.

"Amazing. It was a special moment to come out last," said Virtue.

"It was a strong last group, there was a lot of pressure, but I'm so happy with how we performed."

Papadakis suffered embarrassment during Monday's routine when her dress slipped open but she and Cizeron were still on course for gold -- until the Canadians delivered something special to become the most decorated Olympic skaters of all time.

Away from the grace and elegance of the skating rink, another Canadian, Cassie Sharpe, produced some jaw-dropping aerobatics to storm to freestyle skiing's halfpipe gold.

French rival Marie Martinod wiped out on her final run and finished second after Sharpe produced a top score of 95.80 on her second effort, celebrated by raising her hands behind her head in a bunny-ear sign as she crossed the line backwards. 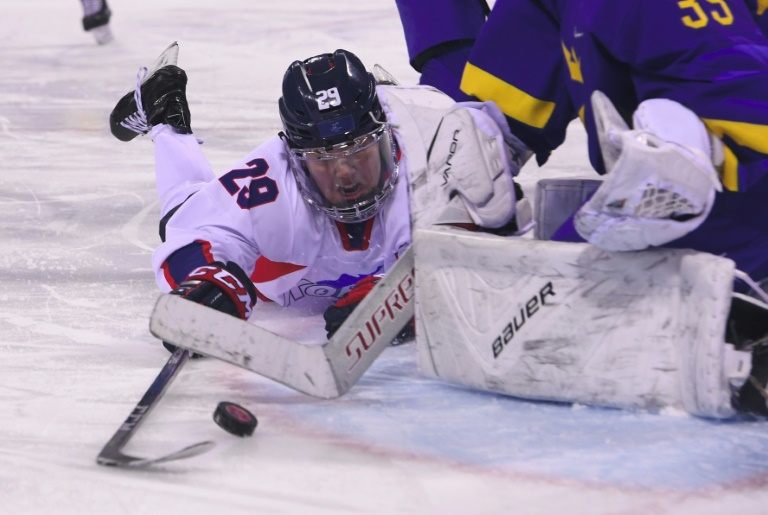 There were tears and cheers as the unified Korean women's hockey team exited the Olympics with a 6-1 defeat to Sweden in their final game.AFP / Jung Yeon-je

"It hasn't really sunk in yet, but it's just an incredible feeling," said the gold medallist, 25.

There were tears and cheers as the unified Korean women's hockey team exited the Olympics with a 6-1 defeat to Sweden in their final game.

The team was hastily assembled following a landmark deal between South and North Korea only a few weeks before the Pyeongchang Games, and has 12 North Koreans on its roster.

The squad had little success, shipping 28 goals and scoring just twice in their five defeats.

But they proved a crowd favourite and came to stand as a symbol of the abrupt reconciliation between North and South Korea that occurred in the run-up to the Games, leading the North to send a delegation of more than 500 to Pyeongchang including more than 200 cheerleaders and 22 competitors.

None of the athletes from the North have met with medal success at the Games, but their participation -- boosted by the all-singing North Korean cheer squad -- has created goodwill among many South Koreans.

A couple of hugely successful days for Canada sees them sitting third in the overall medals table with eight gold.