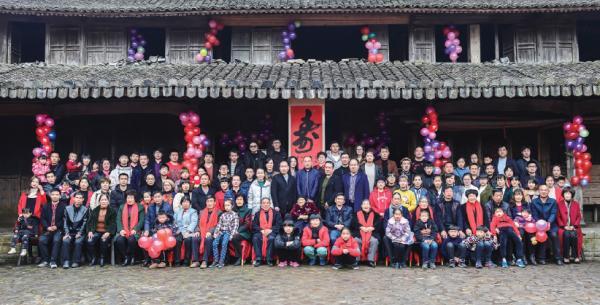 Last week, a family portrait that included 105 members of the same family spanning five generations was taken in the middle of a farmhouse in Nanyang Village, Wuchi Township, Wenzhou, China.

The portrait features 103-year-old Chen Shuiye surrounded by her 104 offspring, not including other relatives who weren’t able to make the photo shoot.

The youngest person in the photo was just two months old.

The photo was part of a charity event with the theme, “Singing a new era and bringing culture to homes."

This event was sponsored by the Wenzhou Lucheng Culture Association and District Photographers Association.

The goal was to shoot family portraits for the public, feature family reunions and rekindling traditions. 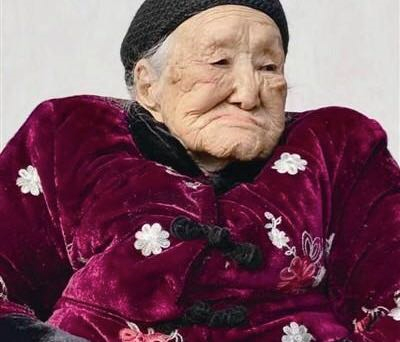 "By taking a family portrait I hope to deepen the next generation’s concept of home and increase the cohesion of a big family," said Chen’s granddaughter, Xiaofen Zheng.

Once the portrait date was set, family members and relatives traveled to Wenzhou from various parts of China, regardless of distance.

Chen 's grandson Jie Jin whose family lives in Hangzhou drove almost five hours in the middle of the night, and finally arrived just before the photo was snapped. 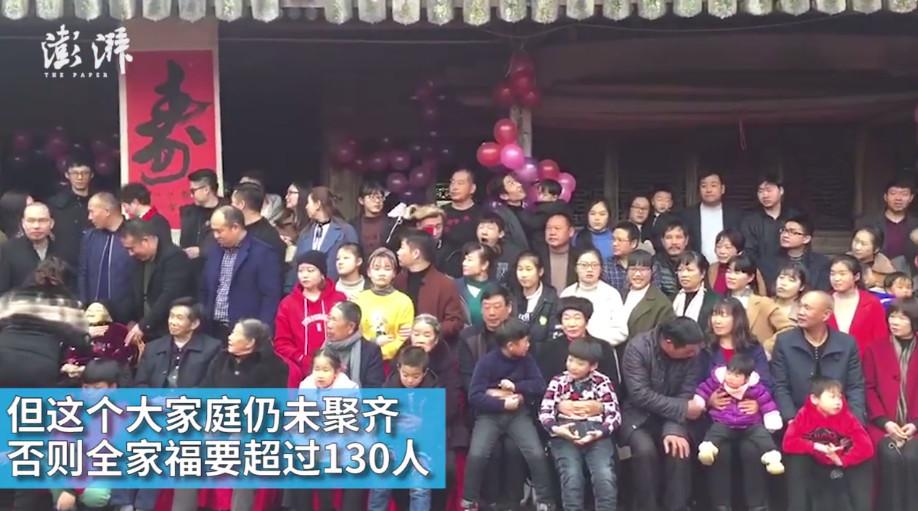 Most family members live in Zhejiang Province while others reside in Jiangxi Province,” Zheng said.

The original date had been set for the fifth day of the Lunar New Year, but due to weather conditions, some weren’t able to make it.

“Otherwise, the family portrait would have had more than 130 members,” Zheng told reporters.

“The family portrait charity event has been held for three years, and this family portrait of 105 people is the largest we have ever shot," said Liu Shengchun, the president of the Photographers Association.