HEADLINE German carmakers under fire for tests on humans, monkeys

German carmakers under fire for tests on humans, monkeys 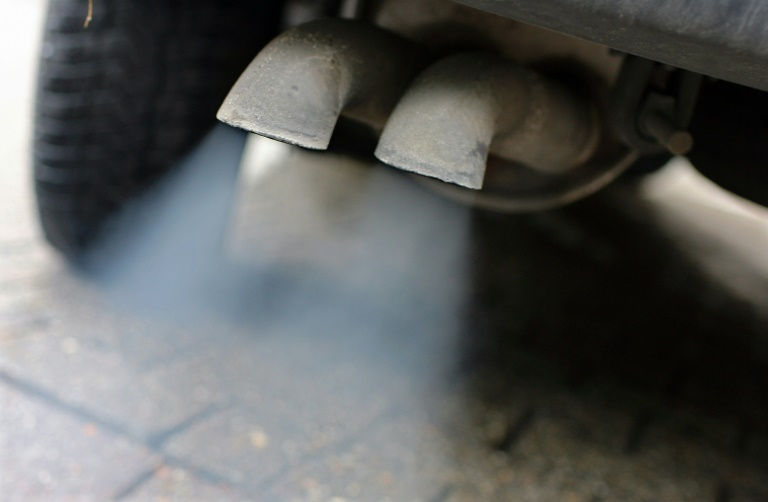 German carmakers came under fire Monday following revelations they helped finance experiments that saw humans and monkeys exposed to diesel fumes that have been linked to asthma, lung diseases and heart attacks.

"These tests on monkeys or even humans are in no way ethically justified," said Merkel's spokesman Steffen Seibert.

"The indignation felt by many people is completely understandable."

Earlier Monday the Sueddeutsche and Stuttgarter Zeitung dailies reported that a research group funded by Volkswagen, Daimler and BMW had ordered a study in Germany measuring the effects of inhaling nitrogen oxide gases on 25 healthy human beings.

The revelation came just days after the New York Times wrote that the same organisation carried out tests on monkeys in the United States in 2014.

According to the NYT article, the researchers locked 10 monkeys into airtight chambers and made them breathe in diesel exhausts from a VW Beetle while watching cartoons.

Volkswagen apologised for the animal testing at the weekend, saying the group "distances itself clearly from all forms of animal abuse".

The German government has called a special meeting with the affected car companies to ask them to explain themselves, said acting transport minister Christian Schmidt.

"This has once again damaged trust in the auto industry," he said.

It was VW's admission in 2015 that it had manipulated 11 million diesel cars with cheating software to make them seems less polluting than they were that brought close scrutiny to the industry, which had long touted diesels as better for the environment than gasoline-powered engines.

All three German carmakers scrambled to distance themselves from the research body in question -- the now defunct European Research Group on Environment and Health in the Transport Sector (EUGT) -- and promised to launch internal investigations.

"We are appalled by the extent of the studies and their implementation," a Daimler spokesman told AFP.

"The BMW Group did not participate in the mentioned studies," the luxury carmaker said in a statement, while VW said the EUGT was set up to be an "independent" research body.

Although it was the EUGT that commissioned both tests, the organisation itself was financed by the trio of car giants hoping its research would defend diesel's green reputation -- and the valuable tax breaks that go with it.

The car companies decided in late 2016 to dissolve the EUGT, which shut its doors last year.

The tests involving 25 human volunteers were carried out at a university hospital in the German city of Aachen in 2013 and 2014.

As part of the study, the participants were exposed for several hours to different levels of nitrogen dioxide (NO2) -- the most toxic form of nitrogen oxide and commonly found in diesel exhausts.

The researchers detected "no significant effects", according to a summary of the study.

But Thomas Kraus, the head of the relevant department at the university hospital in Aachen, told German media the findings were limited as they weren't representative of the wider population and didn't take into account general air pollution.

The institute separately released a statement stressing the study had been approved by the university hospital's ethics commission and was not linked to any diesel emissions testing.

The study was about improving "workplace safety" for people like truck drivers, mechanics or welders, it said, adding that the levels of NO2 inhaled by the test subjects were "well below those found in many workplaces in Germany".

The World Health Organization says on its website there is "growing evidence" that nitrogen dioxide exposure "can increase symptoms of bronchitis and asthma, as well as lead to respiratory infections and reduced lung function and growth."

Exposure is "linked to premature mortality... from cardiovascular and respiratory diseases," it states.

The premier of Lower Saxony, whose state is home to VW's Wolfsburg headquarters and is one of the group's biggest shareholders, echoed Berlin's repudiation of the tests.

The experiments are "absurd and disgusting" said Stephan Weil, whose state holds two seats on VW's supervisory board.

He reminded the VW group that it "must meet all ethical requirements".

The latest scandal "will have a lasting impact on the public's trust in the auto industry," predicted analyst Ferdinand Dudenhoeffer of the Center for Automotive Research.