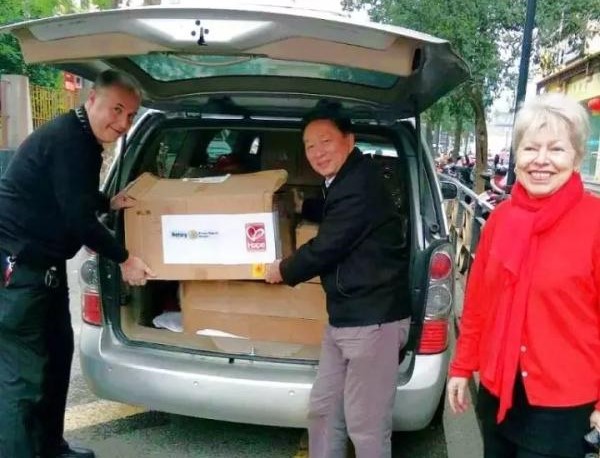 Local community members in Ningbo, East China’s Zhejiang Province, are raising money to pay for an elderly German couple’s cancer treatment bills. The couple has lived in China for more than 14 years, and is known for being actively involved in community volunteer activities.

According to Paper.cn, Evelyn and Eckhard Goessl have spent the last 14 years serving their community by donating toys and various household goods to local schools and teaching English to community members.

In 2015, Evelyn was diagnosed with lung cancer during a time when the couple was under extreme financial duress. 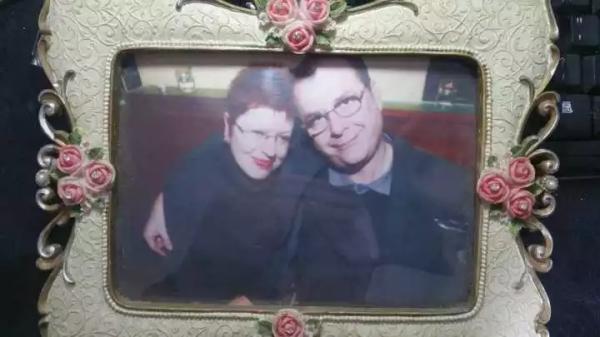 Now the Goessl’s are on the receiving end of charity and goodwill during their battle against cancer with the help of Evelyn’s doctor, Song Meijun, and some 3,319 community members.

The Goessl’s originally decided on an inexpensive treatment for Evelyn’s lung cancer, which roughly cost $1,100 (nearly 7,000 yuan) per session. After several treatments, her condition only slightly improved, and her body developed a resistance to the treatment.

“They couldn’t use the cheap medication anymore – their only option cost $8,000 (roughly 50,600 yuan) a month and they couldn’t hold out any longer,” Meijun said. 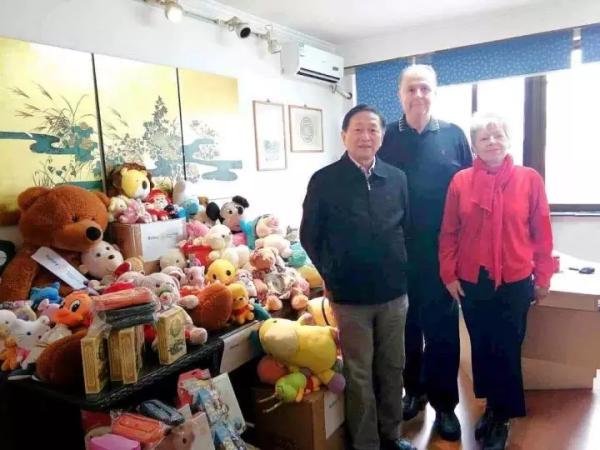 In January 2016, Meijun told Evelyn, “You have helped many people, and now it is your turn to be helped by others.”

Meijun then helped the Goessl’s create a fundraising website so that Evelyn could afford the treatment she deserved. Within 48 hours, the couple received nearly $19,000 (120,000 yuan) for her treatment.

Guo Tianfang, deputy secretary of the Ningbo Charity Federation, said that since the couple devoted so much of their time helping the community throughout the years – it was now the community’s responsibility to reciprocate during the Goessl’s time of need. 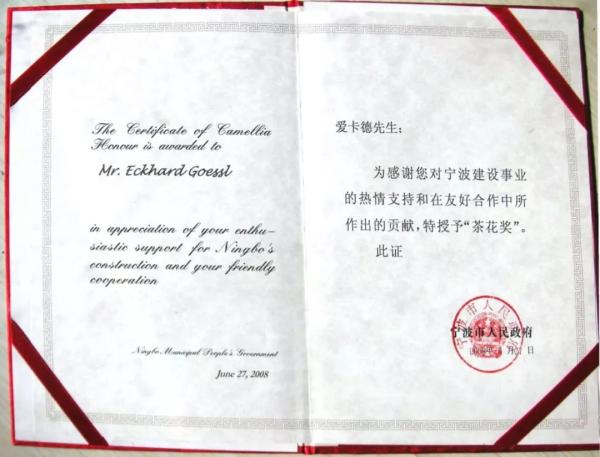 “When Eckhard came to my office last week, he brought toys and utensils for several local elementary schools, but he did not say anything about his wife’s situation,” Tianfang said. “Now that we know the facts, we would like to donate $4,700 (30,000 yuan) for Evelyn’s treatment.”

Tianfang said that despite her cancer diagnosis, Evelyn is still an active philanthropist in her community. Most recently, she participated in local migrant school activities in November, and is planning a summer camp event this year.