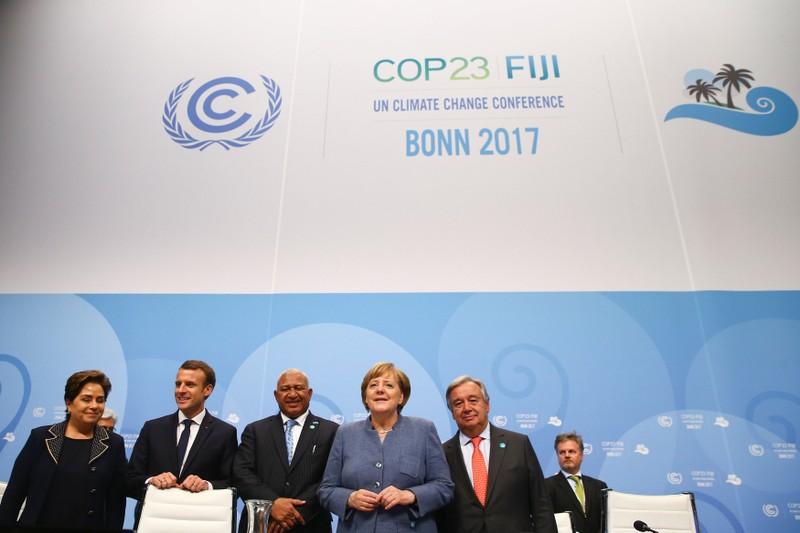 Bonn(People's Daily)  – Presidents, ministers, and senior ranking officials were in full-force on Day 10 of COP23. Today’s segment marked the high-level talks and provided attending nations with an opportunity to speak before the climate-focused audience.

Delegates listened to a series of climate-related pleas urging everyone to use the final days as an opportunity to finish the work required to launch the 2015 Paris Agreement.

German Chancellor Angela Merkel delivered a keynote speech saying, “Climate change is an issue determining our destiny as mankind – it will determine the wellbeing of all of us.”

“The catastrophic damage of climate change is upon us and when the frontline is devastated, the whole army is lost,” said UN Secretary General Antonio Guterres, reflecting on his post-hurricane Caribbean trip.

Guterres also railed against the $825 billion investments in fossil fuels made in 2016 and said, “We must stop making bets on an unsustainable future.”

But it was French President Emmanuel Macron who received the day’s loudest applause after committing his country and European partners to fill the funding gaps in the UN’s climate science panel, left open when the US announced its withdrawal. “They will not miss a single euro,” he said.