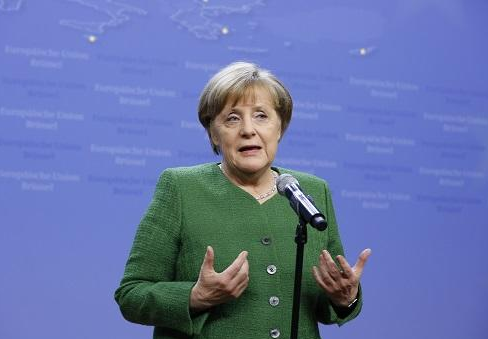 In the internal referendum of the 463,000 plus SPD members, over 66 percent of ballots voted for "yes," with a high participation rate of 78.39 percent, Dietmar Nietan, head of the SPD Mandate and Counting Commission, announced at a press conference at the SPD Headquarters.

SPD acting party leader Olaf Scholz said the party has again united together, adding that he has informed Chancellor Merkel by phone about the result.

"I congratulate the SPD on this clear result and look forward to further cooperation for the benefit of our country," the Christian Democratic Union (CDU) tweeted on behalf of Merkel later on Sunday.

The result ended the five-month-long political stalemate and cleared way for Germany's new government after the Sept. 24 Federal Parliament elections, in which both of the two blocs suffered the worst turnovers since 1949.

Merkel is poised to be elected as the new chancellor in the March 14 plenary session of the Bundestag, the Federal Parliament.

It will also be the third "Grand Coalition" in Merkel's 13 years as German chancellor.

However, the new "Grand Coalition" will also make the AfD the largest opposition party in the Bundestag.