The leaders of Germany and France urged Russia Sunday to exert "maximum pressure" on Syria for an "immediate" implementation of a UN ceasefire in the war-ravaged country, Berlin said. 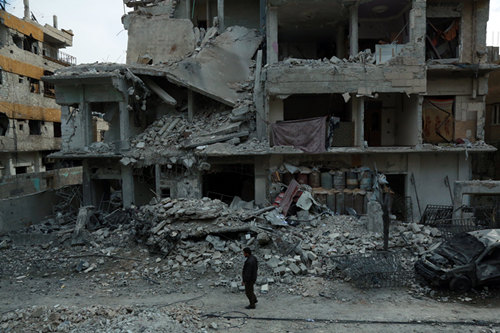 German Chancellor Angela Merkel and French President Emmanuel Macron stressed in a telephone call with Russian President Vladimir Putin "that it is crucial that the (UN) resolution be implemented quickly and comprehensively," Merkel's office said in a statement.

"They call on Russia in this context to exercise maximum pressure on the Syrian regime to achieve an immediate suspension of air raids and fighting." 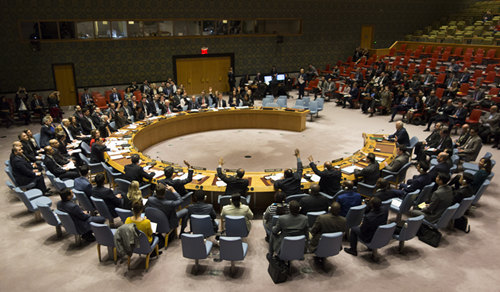 The statement said Merkel, Macron and Putin had all welcomed the UN resolution on an at least 30-day ceasefire "particularly to allow humanitarian aid into and evacuations out of the war zone".

Merkel and Macron stressed that a ceasefire could be "the basis to advance efforts toward a political solution in the context of the UN-led Geneva peace process".

"Germany and France continue to be willing to work with Russia and other international partners toward this goal," Merkel's office added.

The leaders held talks after the UN Security Council on Saturday unanimously demanded a 30-day truce in Syria.

More than 500 civilians are thought to have died in a week of heavy bombardment by Syria's regime of the rebel enclave of Eastern Ghouta, just outside Damascus. 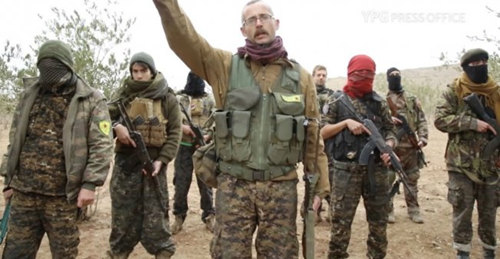 After the council vote, which had support from Moscow, Syrian warplanes backed by Russian air power launched new raids on Eastern Ghouta, the Syrian Observatory for Human Rights said.

The Britain-based monitor said at least 41 civilians were killed in Saturday's strikes, including eight children. Russia has denied taking part in the assault.

France and Germany have pushed for Russia to throw its weight behind the Syria ceasefire, which is mainly to allow aid to reach the besieged area and allow evacuations.