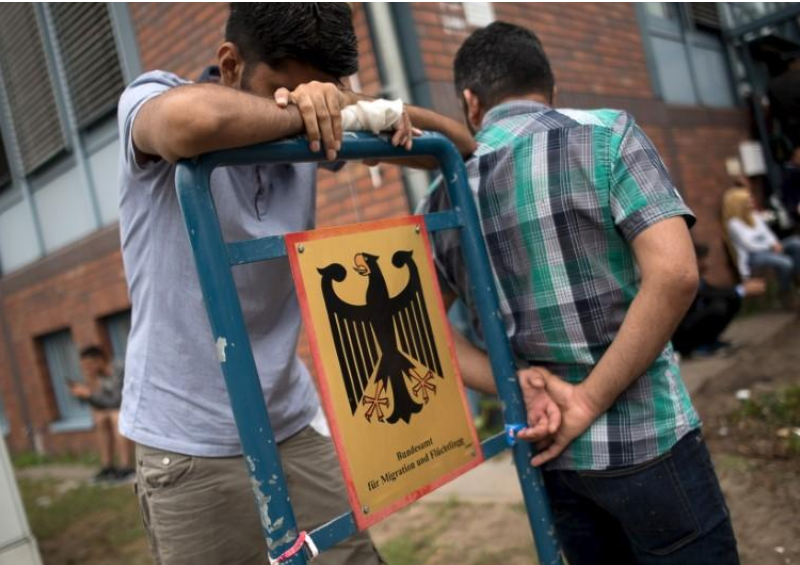 Germany’s Federal Office for Migration and Refugees (BAMF) is investigating 10 more of its local offices after the former head of its Bremen office was suspected of wrongly granting asylum to more than a thousand people, media reported on Sunday.More than 1.6 million migrants, many from the Middle East, have arrived in Germany since 2014, prompting concerns about social cohesion and security, and boosting support for the far-right Alternative for Germany, which entered the national parliament for the first time in last year’s election.In April, prosecutors said they were investigating the former head of BAMF’s Bremen office, who is suspected of granting asylum to some 1,200 people who did not qualify for it, the majority of them members of the Yazidi ethnic group.Several German media on Sunday said the BAMF was now reviewing 10 out of its 70 outposts and cited an Interior Ministry spokeswoman as saying 8,500 asylum decisions from 2017 were being checked.

Bild am Sonntag (BamS) newspaper said, without citing its sources, that 13 outposts were being reviewed.

Neither the BAMF nor Interior Ministry were immediately available for comment.

Deputy Interior Minister Stephan Mayer has said certificates of recognition will be annulled where necessary if legally possible.