HEADLINE Get ready to pay more for a US passport

Get ready to pay more for a US passport 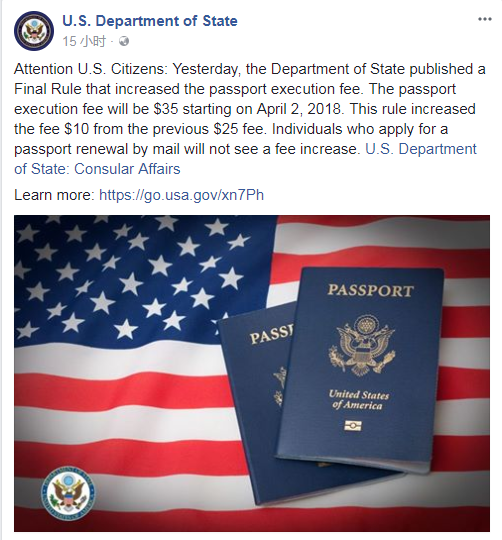 The fee for a US passport will rise by $10 from April 2, American media reported.

The less expensive passport cards, which are used for border crossings and travel by sea to Canada, Mexico and other places, but are not valid for international air travel, will increase to $65 for adults and $50 for children.

The price hike is due to an increase in passport execution fee, which involves the submission of an application in person to a passport acceptance agent for identity verification and document review.

The US State Department published a Final Rule on Wednesday that increases the passport execution fee from $25 to $35.

The latest cost of service showed that the costs associated with passport execution were higher than the current fee of $25.

The Department seeks to recover the cost of providing consular services for the US government.

The $10 increase does not apply to passport renewals by mail.