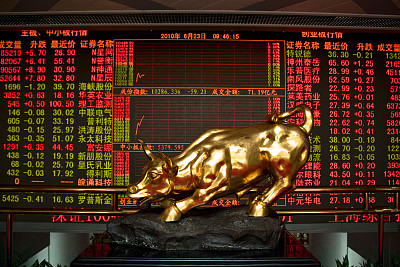 Though no specific trade deal has been made between the US and China, global stock markets rebounded on Tuesday as investors appeared to restore confidence when two countries are open to negotiating to avert a trade war.

Chinese stocks opened high on Tuesday, with the benchmark Shanghai Composite Index at 3,164.80 points, up 0.99 percent. The Shenzhen Component Index opened 1.12 percent higher at 10,683.16 points. The ChiNext Index, China's NASDAQ-style board of growth enterprises, climbed 1.04 percent to open at 1,799.15 points.

Hong Kong stocks rallied at opening on Tuesday, as hopes of news emerging of an averted US-China trade war and that the two sides were in talks. The Hang Seng Index rose 1.43 percent, or 436.98 points, to 30,985.75.

In Japan, Tokyo stocks opened with an increase on Tuesday as concerns eased over a possible global trade war.

Wall Street stocks surged Monday amid increased optimism about trade negotiations, marking its best day in more than two years and erasing about half of its huge losses last week.ports.

Tom Cahill, portfolio strategist at Ventura Wealth Management provided an explanation of the rebound that investors are trying to deduce how much of Trump's rhetoric is realistic and how much is a "bargaining tactic."

A Wall Street Journal report said the two countries were actually in talks and that the US had provided specific demands for China that could help resolve the conflict.