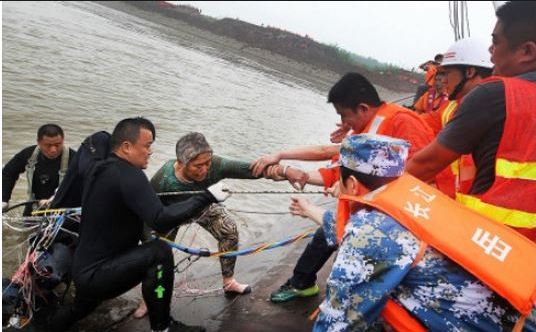 A people's procuratorate in South China's Guangxi Zhuang Autonomous Region has approved the arrest of the person in charge of a dragon boat event held in Guilin that resulted in 17 deaths.Along with four other team members, Li Changdi, team leader of the Dragon Boat Working Team, which is managed by community committee employees in Guilin's Xiufeng district, insisted on organizing a dragon boat event for about 100 villagers on April 20, despite disapproval from the local government. Not only that, Li and his team failed to sufficiently assess the risks of paddling in the waters of Guilin's Taohuajiang River and did not conduct safety training for the village boat-rowers, which lead to the tragic death of 17 people, the Guangxi People's Procuratorate announced on Saturday night. Three of Li's team members are currently out on bail, while the fourth team member died in the accident, according to the procuratorate. Seventeen people in total drowned after two 18-meter-long dragon boats with a capacity of 30 people both capsized during a practice session on the river on April 21. Fifty-seven boat-rowers were dragged into the water, the Xinhua News Agency reported. The case is still under investigation.