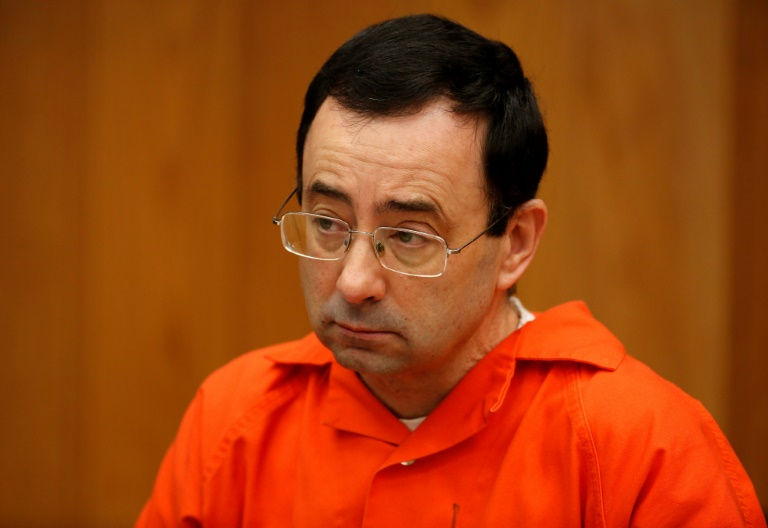 The number of women and girls now known to have been abused by Larry Nassar has risen to 265, a Michigan judge told a final sentencing hearing Wednesday where the former USA Gymnastics doctor faced his accusers once again.

At least 65 of Nassar's victims were to speak out over several days at the last of three sentencing hearings for the disgraced doctor who molested his patients for two decades under the guise of medical treatment.

The 54-year-old Nassar was sentenced last week to 40 to 175 years for molesting girls at his Michigan State University (MSU) clinic, in addition to a prior sentence of 60 years for possessing child pornography.

The poignant accounts of abuse suffered by more than 150 young women and girls, who took the stand over the past two weeks, have had profound repercussions for the US sporting world, with resignations, retirements and new investigations announced at a rapid pace.

Under pressure, the entire board of USA Gymnastics has stepped down as of Wednesday.

As the final hearings got under way, star gymnast Simone Biles slammed the US Olympic Committee for failing to reach out to her after she revealed this month she had been molested by Nassar.

She revealed she was initially in denial -- and broke down when she realized she had been abused.

"I remember just bawling my eyes out," the four-time Olympic gold medal winner told NBC News. "It feels like he took a part of me that I can't get back."

Biles, along with fellow gold-medalists Aly Raisman, Gabby Douglas and McKayla Maroney, have all identified themselves as Nassar victims, along with scores of female athletes in gymnastics and others who sought medical treatment at Michigan State.

The small courtroom in Charlotte, Michigan filled up early in the morning, long before Nassar was brought in for hearings that were expected stretch into early next week. 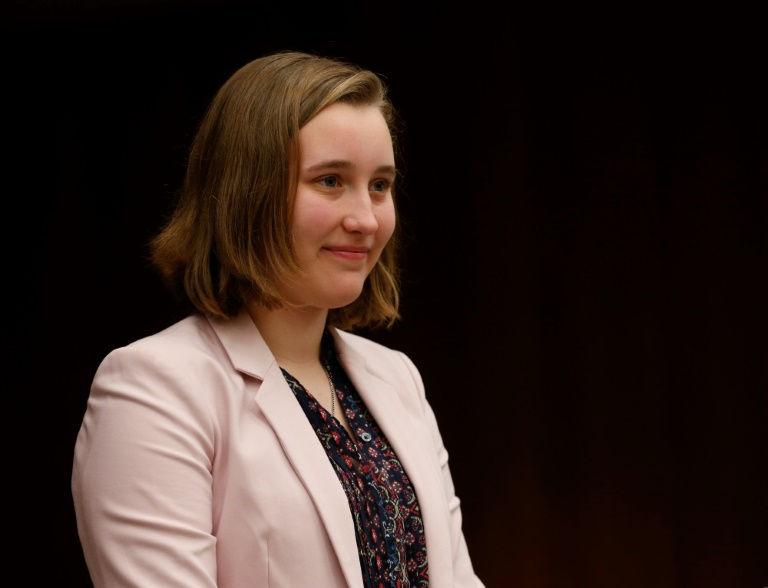 "We have over 265 identified victims and an infinite number of victims in the state, in the country, and all over the world," Judge Janice Cunningham said.

"As a result, by allowing live streaming and tweeting, all individuals are able to participate in this process."

Jessica Thomashow, 17, who had also testified at Nassar's previous sentencing hearing, urged the judge to impose the maximum allowable sentence.

Under a plea agreement, Nassar could get a minimum 25 to 40 years in prison, in addition to his prior sentences.

Gymnast Madison Bonofiglio testified against Larry Nassar in March 2017, when molestation charges were initially brought. She said she knew of at least 10 other victims who have not come forward. 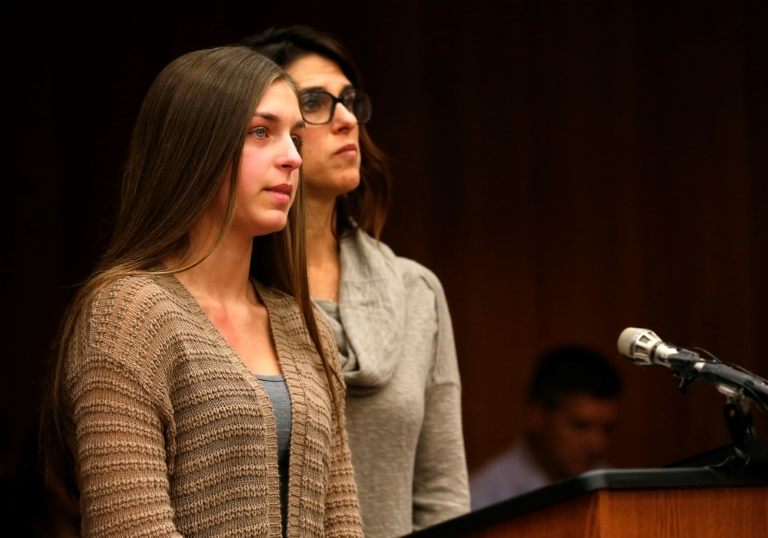 "This really makes me sad that some of my best friends think because they were only assaulted by Nassar five to 10 times, that it doesn't matter," she said.

The latest hearing relates to abuse that took place at the Twistars gymnastics training facility. Approximately 30 statements were read Wednesday, and another 35 expected when court resumes Friday.

The victims' courtroom revelations have sent shockwaves through the sport.

Texas Governor Greg Abbott ordered an investigation of the Karolyi Ranch -- until recently the training ground for America's top gymnasts, where victims said they were abused.

"USA Gymnastics embraces not only the changes necessary," it said in a statement, "but we also will hold the organization to the highest standards of care and safety."

US lawmakers on Tuesday passed a bipartisan bill mandating reporting of all sexual assault allegations in amateur sports.

Meanwhile, the fallout from the Nassar case may yet grow, with the US Olympic Committee, MSU and USA Gymnastics all facing investigations in what victims see as a belated push to establish who knew about Nassar's conduct, and what could have been done to stop him.