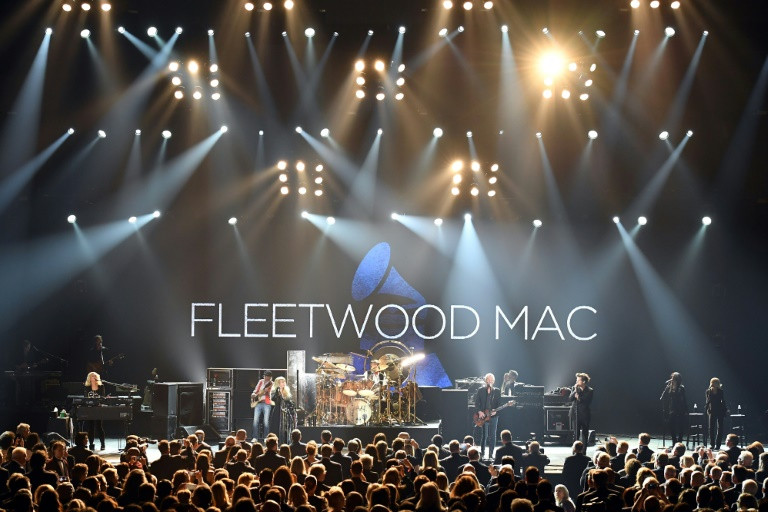 Bill Clinton has hobnobbed with plenty of musicians but, leading a tribute at the Grammys, he said he always had a special place for Fleetwood Mac.

The former president presented a lifetime achievement award to the rock legends late Friday ahead of the Grammy Awards at a star-studded concert in New York that featured Lorde, Harry Styles, Miley Cyrus, Keith Urban and Imagine Dragons.

Clinton chose Fleetwood Mac's song "Don't Stop," with its hopeful message of progress, as his theme song when he won the White House in 1992.

His success managed to reunite the notoriously turbulent band to play for his inauguration, and Clinton has since frequently taken stage to the song. 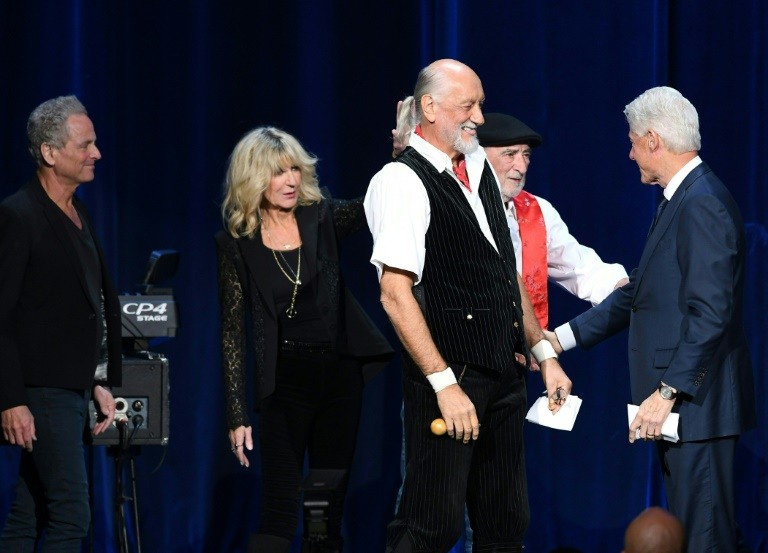 "I also want to say how honored I am to honor the band whose famous song, 'Don't Stop Thinking About Tomorrow,' has been played for me more often than 'Hail to the Chief,'" Clinton said, referring to the anthem played by the US Marine Band for presidential appearances.

On a night full of applause, Clinton drew one of the biggest ovations as he introduced his "date" -- Hillary Clinton, the unsuccessful contender in the 2016 election, who was sitting in the crowd at Radio City Music Hall.

The night's performers included Lorde, who is in the running Sunday for the most prestigious Grammy of Album of the Year. The 21-year-old New Zealander commanded the stage with an impassioned cover of Fleetwood Mac's "Silver Springs."

Miley Cyrus showed off her vocal range as she delivered a silkier take of one of Fleetwood Mac's best-loved songs, "Waterfall," originally marked by Stevie Nicks' sandy hue.

Fleetwood Mac, who went on a major tour last year, took the stage for five songs starting with "The Chain," with a delighted Harry Styles, the heartthrob of One Direction fame, joining the rock elders. 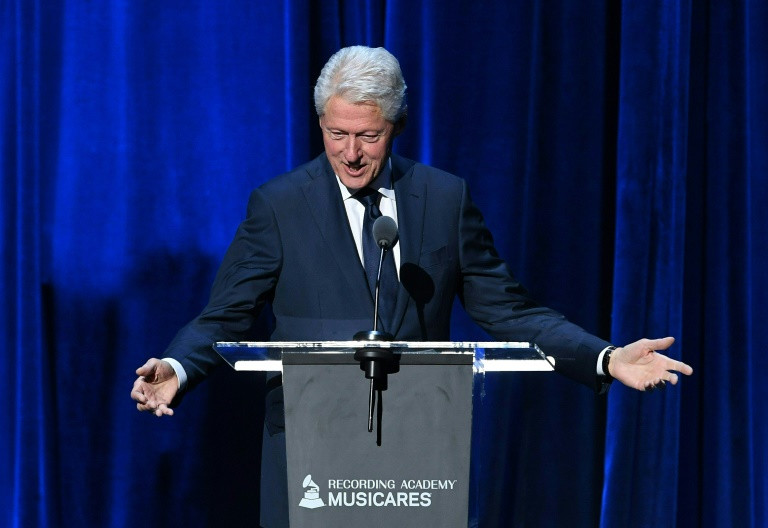 The annual pre-Grammy concert is known as MusiCares, which raises money for musicians who fall on hard times.

Neil Portnow, the president of Recording Academy which administers the Grammys, said the concert generated $7 million.

Clinton, himself a saxophonist, said he saw firsthand as an aspiring young musician in Arkansas how difficult the business can be.

"I learned a long time ago that musical gifts are widely shared -- and that a lot of devoted, loving musicians will never make enough money to maybe even support a retirement," he said.