HEADLINE Harari : China will play a key role in the next global revolution

Harari : China will play a key role in the next global revolution

Editor's notes: Yuval Noah Harari is an Israeli historian and a tenured professor at The Hebrew University of Jerusalem, where he specializes in world history, medieval history and military history. As the author of bestsellers including "Sapiens: A Brief History of Humankind" and "Homo Deus: A Brief History of Tomorrow", Harari is a household name in China. 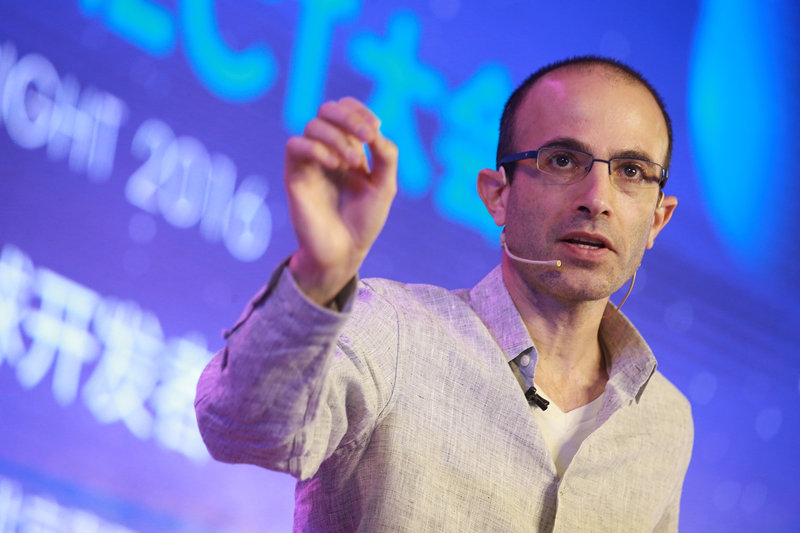 In his new book "Homo Deus: A Brief History of Tomorrow", Harari explores the destinies humans will set for ourselves, and the quests we'll undertake, in the future. 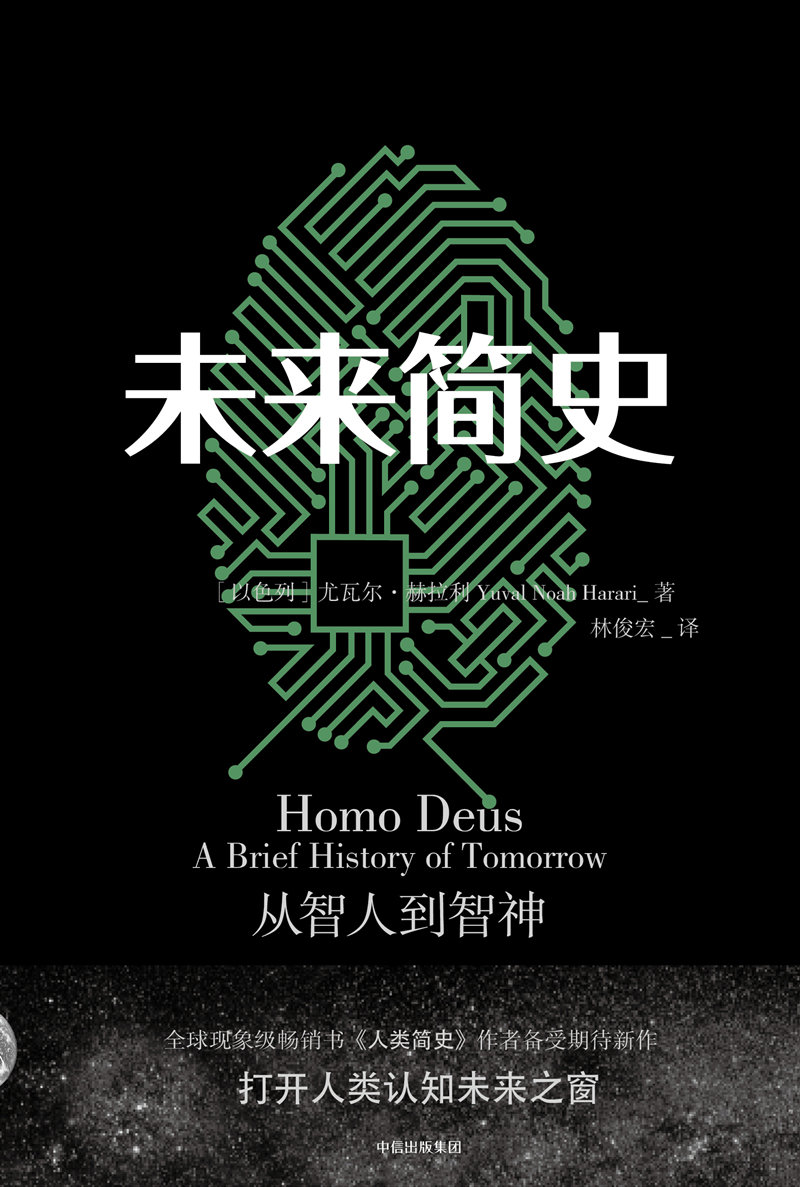 The book cover of "Homo Deus: A Brief History of Tomorrow"

What are the major trends of human society in the future? What kind of role will China play in the future world? To seek answers, People’s Daily App has a special interview with Harari.

1. People’s Daily App: In your previous interview, you mentioned that China was taking the lead in international economy and politics. Recently there is an opinion from the academia, that the mankind is about to meet the fourth wave of changes in its history, and this time both China and the US will be its heralds. Do you agree with such statements?

Yuval Noah Harari : Yes, humankind is on the verge of the greatest revolution ever. The combination of machine learning and biotechnology will give humankind the ability to start engineering new life forms such as cyborgs, super-humans and AI. The main products of the future economy will not be food, textiles and vehicles, but rather bodies, brains and minds.

This will be not just the greatest revolution in history, but the greatest revolution in biology since the appearance of life on earth. For four billion years life was governed by the laws of natural selection, and life was confined to the organic realm. During all these eons, whether you were a virus or a dinosaur, you evolved according the principles of natural selection and you were made of organic compounds. In the coming century, however, science is likely to usher the era of inorganic life shaped by intelligent design.

The new powers of AI and bioengineering will not be shared equally by all humans. Rather, they will probably be monopolizing by a small number of countries. At present it seems highly likely that the two most important countries that will develop these new powers are the USA and China.

2. People’s Daily App: If you agree with such statements, what kind of irreplaceable role do you think that China plays in heralding the fourth wave? From your long-term observation of human history, what unique contributions will oriental countries like China pay to this wave of changes?

Yuval Noah Harari : I think China is likely to lead this new revolution because it is extremely aware of the dangers of being left behind. In the nineteenth century China delayed in industrializing, and as a result it was humiliated and exploited for a century by industrial powers such as Britain, Russia and Japan. These bitter memories are still very fresh in the mind of the Chinese, and they are therefore unlikely to repeat the same mistake again. This time they are determined not to be left behind, but rather to lead the new revolution.

Yet I think China is likely to play a key role in the next revolution for another reason. During the Industrial Revolution, new technologies created unprecedented social, economic and political problems on a global scale. Instead of cooperating to face these problems together, different countries entered into fierce competition that resulted in terrible wars and inflicted misery on billions of people. In the twenty-first century, bioengineering and AI will again create unprecedented global problems, and this time if we do not act wisely, the result might be the complete destruction of humankind.

We must find a way to cooperate more effectively, because no nation can deal with the new problems by itself. As long as it acts alone, no nation can regulate bioengineering, or prevent the development of autonomous weapon systems, or stop climate change. Hence in order to survive and flourish in the twenty-first century, humankind needs to build a global community.

China can fulfill a key role in building such a community, not only because it is a leading economic and political power, but especially because China has a much longer experience in uniting diverse people than any other country in the world. Whereas the European Union is barely a few decades old, and the USA is just 250 years old, China has thousands years of history. During that time the Chinese have had a lot of experience in balancing the needs and interests of many groups of people living in different regions and under different conditions. This experience will be vital for the survival and success of humankind in the coming decades.

3. People’s Daily App: In the previous waves of changes in human history, many countries served as heralds, such as China, Britain and the U.S. in the previous scientific revolutions. What are the criteria to be met before we can say one nation is heralding a historical period or a scientific revolution? And what capabilities and conditions are required if countries are to stay on top of the waves of the history?

China used to be the herald of the first wave of changes in human history. What elements and strengths did China acquire to take the lead? If China wants to obtain the leading position once again, what new changes does it need to undertake?

Yuval Noah Harari : The leading role in historical revolutions has shifted between different countries and regions.  For example, in the Middle Ages the Muslim civilization led the way in science, technology and learning, while Europe was a barbarous backwater. In the modern period, Europe suddenly became the most advanced civilization.

To take a leading role in historical revolutions, and particularly revolutions in science and technology, you must be open to the world, you must be prepared to change, and above all you must be willing to admit ignorance. Many civilizations stagnated because they became convinced that they know everything, and that nobody else can teach them anything of value.

The great discovery that launched the Scientific Revolution in Europe was the discovery of ignorance. Modern Europeans realized that they are ignorant about many of the most important questions of life, and that the answers are not in the Bible. Nobody knows the answers – we need new observations and new research if we want to get these answers. And for that, we need the freedom to experiment, think and communicate. The willingness to admit ignorance coupled with the freedom to think and communicate turned Europe into the most vibrant and powerful civilization on earth.

I think part of the reason that China is now gaining on Europe the West, is that China is becoming more open while the West – and particular the USA – is becoming too complacent. Many Americans have become convinced that they know everything better than anybody else in the world, so they can tell everybody how to behave, while they themselves don’t need to learn from others. This attitude characterized China in the past – for example in the age of the Qing dynasty. But from what happened in the 19th and 20th centuries China has learned the danger of such arrogance and self-absorption, and it is now very eager to cooperate with foreigners and learn from them.

4. People’s Daily App: In a poll involving international students from 20 different countries in China, they chose China's high speed railway, Alipay, online shopping and bicycle-sharing as China's Four New Great Inventions. A commonality of these innovative technology and products is that it took only a few years, for them to significantly improve the living standards of Chinese people and the neighboring countries' people, from their initial commercial application. Compared to previous inventions such as steam engine, electricity, and computers, the time new inventions took to be adopted by the world has been shortened by decades or even centuries. What’s your opinion about that?

China has taken steps in scientific innovation and technological improvements, especially in recent years. What changes will China’s innovation bring about to the world technology and human history?

Do you think these changes will ultimately lead to a fundamental revolution around the globe, in other words, initiate the fourth wave of changes in human history?

Yuval Noah Harari : The pace of change is certainly speeding up. Not just in China, but all over the world.As I noted in answer to the first question, we are now on the verge of the greatest revolution ever not just in history, but even in biology. The merger of infotech with biotech will make it possible to engineer life itself.

Yet as new technologies give us more and more power, it is crucial to use that power wisely. For that, humankind will need to work together. If China alone makes wise decisions about the new technologies, but the USA and Russia make wrong decisions, the results could be catastrophic. So when we think about the future, we should think in global terms rather than in national terms. There is no national answer to the dangers of global warming, global inequality, nuclear war and technological disruption. There are only global answers.