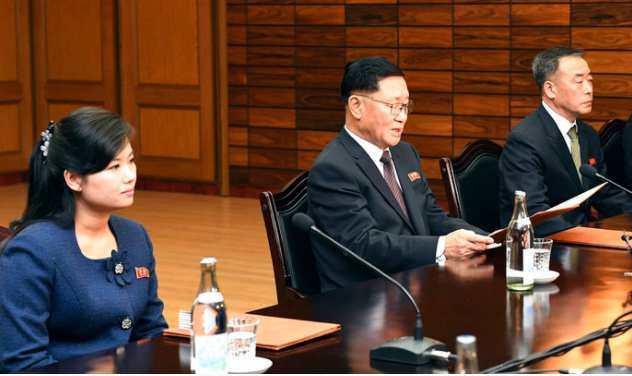 A North Korean delegation led by the head of a hugely popular girl band has arrived in South Korea to check preparations for a Northern art troupe during next month's Winter Olympics.

The North first abruptly canceled the visit this weekend, just hours after proposing it through a cross-border hotline, then late Saturday announced it would go ahead.