Heavy rain is expected to sweep parts of southern China from Sunday to Monday, according to China's national observatory. 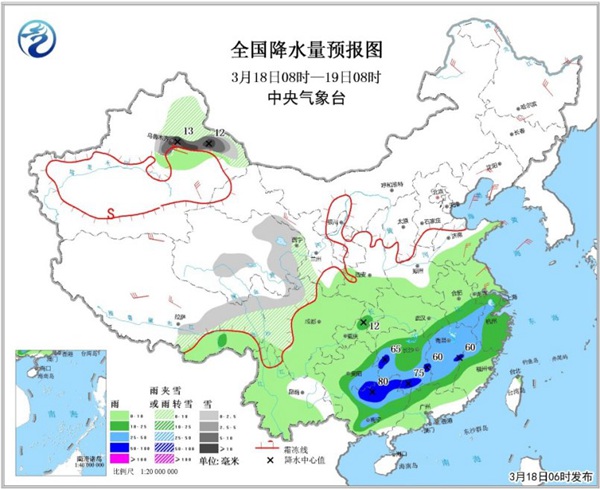 Moderate to heavy rain will hit China's southern provinces of Guizhou, Hunan, Jiangxi as well as Guangxi Zhuang Autonomous Region, with rainfall of up to 80 millimeters in some regions, the National Meteorological Center (NMC) said Sunday.

Heavy rain is expected to sweep parts of Guangdong and Fujian on Monday.

A cold front is expected to chill parts of Heilongjiang, Inner Mongolia and Jilin on Sunday, bringing temperature drops of over 10 degrees Celsius in some areas, the NMC said.

Temperatures are expected to rise in most parts of north China later next week.