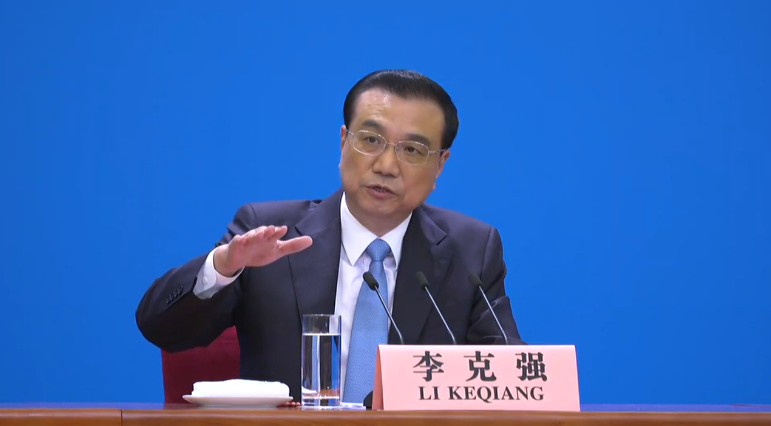 Chinese Premier Li Keqiang meets the press after the closing session of the National People's Congress on Tuesday morning. Here are the highlights.

China to open wider to world

China will open even wider to the rest of the world, Li said, adding Chinese economy is so integrated into the global economy that closing the doors would only block China's own way.

In the past 40 years, China has made remarkable achievements, which are closely connected to reform and opening-up.

China has entered new era for our development. In 2017, President Xi Jinping stressed the importance of opening up in his speech at the World Economic Forum. China will uphold opening-up for free trade and reform in upcoming agenda.

For importing, Premier Li said that China's importing tariff level has been cut down. In the future, China will look into further reduction, for instance some anti-cancer drugs that are urgently needed by the people might be charged no tariff, Li said.

For instance, the sharing terms for intellectual property will not be mandatory.

We will strictly protect intellectual property rights, Premier Li vowed. No country would like to miss the opportunity to make money. 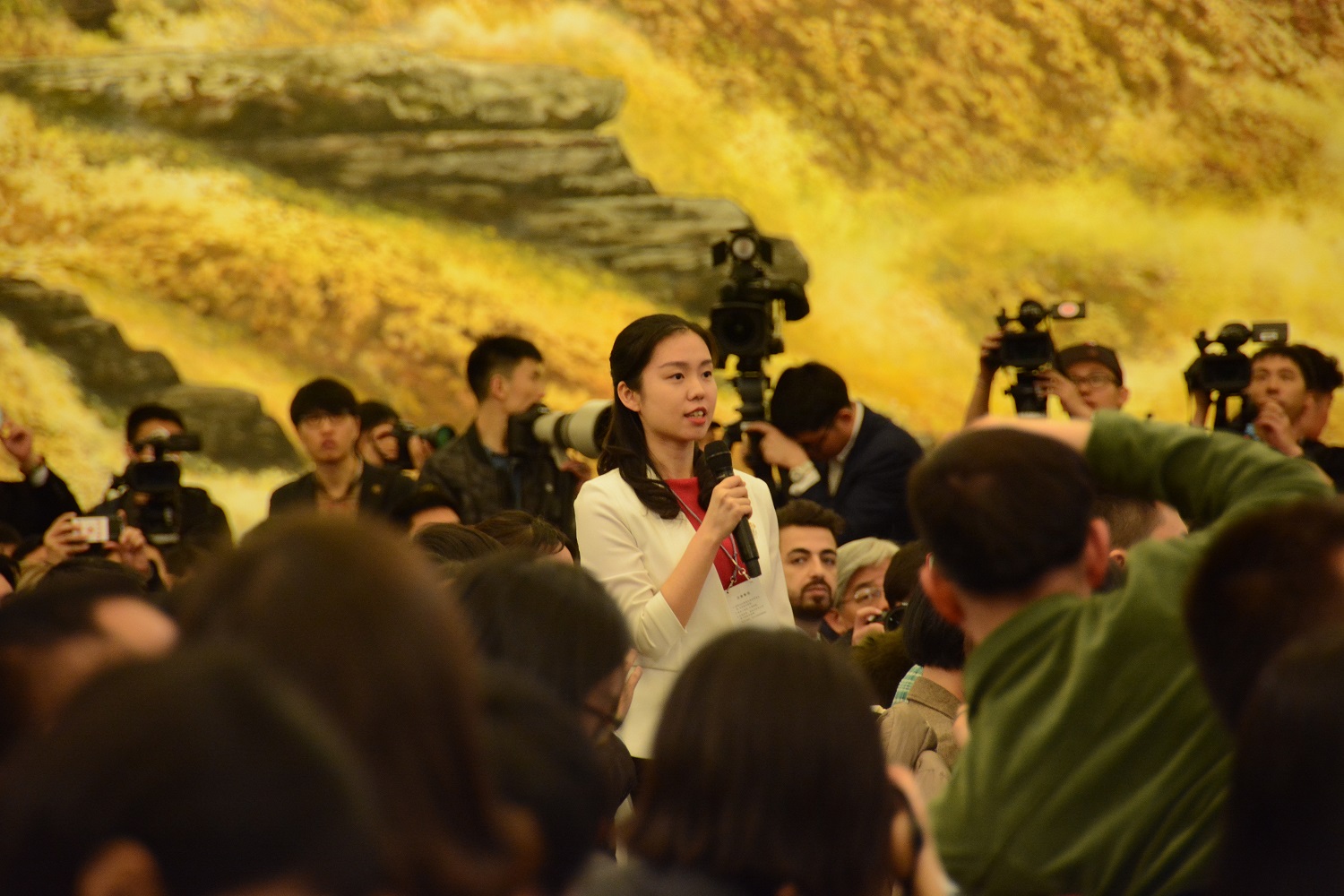 China will shorten the negative list for free trade zones. China will also accelerate the opening-up to foreign investment.

Three basic laws are integrated and government will ensure that both domestic and foreign funded companies are fairly treated in competitions, Premier Li said.

The government aims to offer more options to Chinese consumer and further upgrade the productivity in both products and services. This is a step-by-step process, measures will be carried out in long-term view, he said.

China is pleased to see the mitigation of the situation on the Korean Peninsula and supports all efforts to solve the DPRK nuclear issue through dialogue and negotiation, Li said.

China has made an effort and will further make efforts to push forward the realization of denuclearization on the Peninsula, and uphold the principle of maintaining peace and stability on the Peninsula, he stressed.

Li added, China also hopes all parties will demonstrate sincerity and take action to draw the DPRK nuclear issue back onto the right track of negotiation as early as possible, so as to make new progress in terms of denuclearization, peace and stability on the Peninsula. This will benefit all the relevant parties and the world. 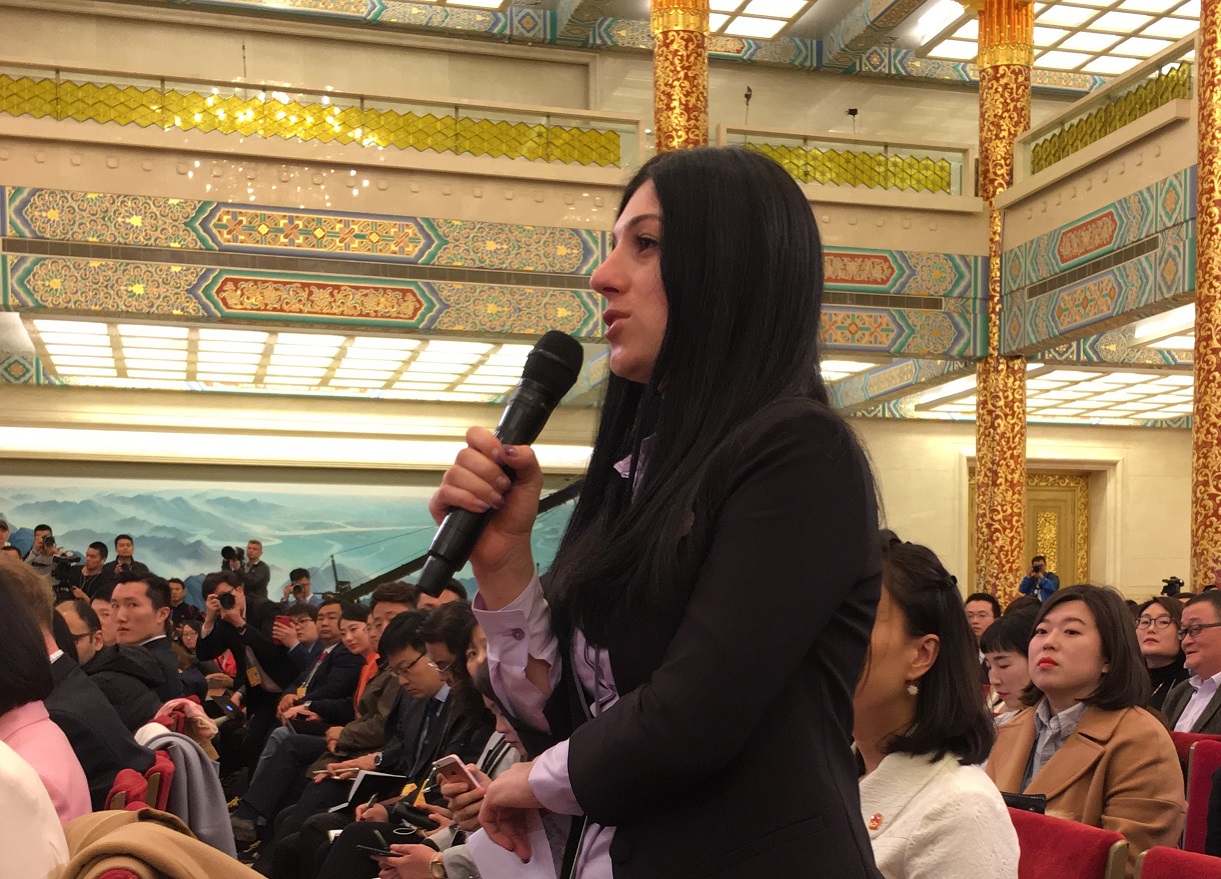 In 2018, around 16 million new urban labor force is expected. At least 11 million people will be guaranteed jobs. More than 13 million employed is the government's target.

The number of college graduates reached 8.2 million this year, and nearly 5 million secondary school graduates. About one million soldiers were demobilized as well as replacements.

Over the past five years, more than 66 million urban jobs have been created in China which means that full employment development has been maintained.

China is capable of forestalling systemic financial risks, ruling out the possibility of such risks in the country. "The fundamentals of the Chinese economy are sound and the financial sector is stable," Li said.

No winner from a trade war

While Premier Li was addressing the question on Sino-US trade war, he pointed out that even in a trade war, no country will win. Both countries need to participate in trade negotiations and rational dialogue.

China would not like to see large trade deficit. In 2017, trade between the US and China reached $580 billion. This relied on the market and complied with commercial rules, Li added.

China also hopes the US could ease restrictions on the export of high-tech and high value-added products to China, he said.

Our country has a big amount of foreign reserves, and China always operates according to market forces. Our investment is getting more diversified and market-oriented. China is a long-term and responsible investor, Li noted.

China and US are the largest developing and developed countries. Both countries' economies are highly complementary. Stability in the bilateral relations also creates a positive influence on the world, Li said.

China has no expansion intentions

China will shoulder its international responsibilities and will never seek expansion, Li said.

Li stressed that China will never seek expansion and is not becoming stronger to seek hegemony.

China's business cooperation with others follows market rules and business principles. Li said that China's assistance to developing countries is based on its ability and without conditions, and will not interfere in other countries' internal affairs.

It is incorrect to say China's quest for a due international role is a form of strategic expansion, he added.

Li said that the streamlining of the administration and delegating power is meant to stimulate the market and to regulate it as well to create fairness.

"China will work harder in six aspects to streamline the administration starting this year, cut the time it takes for opening a business by half, reduce requirements for application reviews by another half and set up an online platform to facilitate government services, ensuring that people can get things done in one place and at once," Li added.

Besides streamlining the administration, China will strengthen its regulations as well on practices such as cheating, producing substandard goods or monopolies which will be punished according to the law or rules.

He said businesses which engage in illegal practices will be driven out of market.

The premier said that he would consider attending the China-Japan-ROK leaders' meeting and paying an official visit to Japan in the first half of this year.

Li said that the improvement of China-Japan relations not only calls for a positive atmosphere but also persistence and vision. The reciprocal visits between the two leaders are conducive to bringing relations between the two countries back to the right track, but more efforts should be made to consolidate the foundation of bilateral relations instead of doing one hammer business.

This year marks the 40th anniversary of the signing of the Peace and Friendship Treaty between China and Japan. We should follow and stick to the consensus, and endeavor to make the bilateral ties step onto the path of constant and steady development. We have expectations of Japan, Li said.