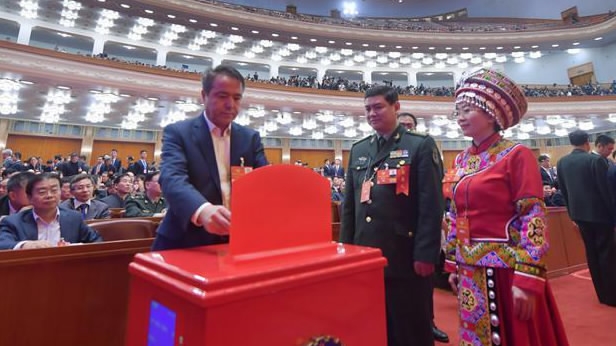 The 13-day first session of the 13th National Committee of the Chinese People's Political Consultative Conference (CPPCC), the top political advisory body, ended on Thursday with Wang Yang elected as the chairman, the Charter revised and over 5,000 proposals collected from members and groups.

Wang, China's newly-elected top political adviser, called for the unity of the Chinese people, regardless of their different parties, ethnicities, social statuses, and beliefs, during his speech to wrap up the CPPCC's session at the Great Hall of the People in Beijing.

Wang noted that the Chinese people, both at home and overseas, need to stick together for the reunification and great rejuvenation of the Chinese nation. He stressed that the top political advisory body will uphold the CPC leadership and put people at the center of the developing strategies.

Here’s a look back of the hot topics of the CPPCC session.

CPPCC members serve for five years in a row, and this year marked another round of leadership reshuffle as Wang was elected as the chairman with 2,144 "yes" votes and no objections.

Xi Jinping Thought on Socialism with Chinese Characteristics for a New Era has been incorporated into the Charter as a guiding theory of the CPPCC.

Political advisers listened to the briefing on constitutional revision during the CPPCC session on March 8, 2018.( Photo: Xinhua)

In addition, new content including "the new important thinking, views, judgments, and measures proposed at the 19th National Congress of the Communist Party of China (CPC)," which was held five months ago, was written into the charter.

The CPPCC serves as a key mechanism for multi-party cooperation and political consultation, under the leadership of the Communist Party of China (CPC).

As Xi Jinping pointed out during a panel discussion, as a basic political system of China, the CPC-led multi-party cooperation and political consultation system is a new type of party system growing from China's soil.

Xi met with political advisers from the China Democratic League, China Zhi Gong Party, the All-China Federation of Returned Overseas Chinese and advisers without any party affiliation on March 4.

Xi stressed that the new type can represent and realize the true, broad and enduring fundamental interests of Chinese people of all nationalities.

Proposals by members and groups

The CPPCC brings together representatives from all walks of life – economists, scientists, educators, doctors, diplomats, religious leaders and celebrities, who are all core advisers in China's decision-making processes.

A total of 5,360 proposals from both CPPCC members and groups were submitted during the first session of the 13th CPPCC National Committee, with roughly 83 percent of them put on files.

Many see this year’s session as a chance to deepen policies so as to better adapt to the new era.