The 19th National Congress of the Communist Party of China opened Wednesday as socialism with Chinese characteristics enters a "new era". 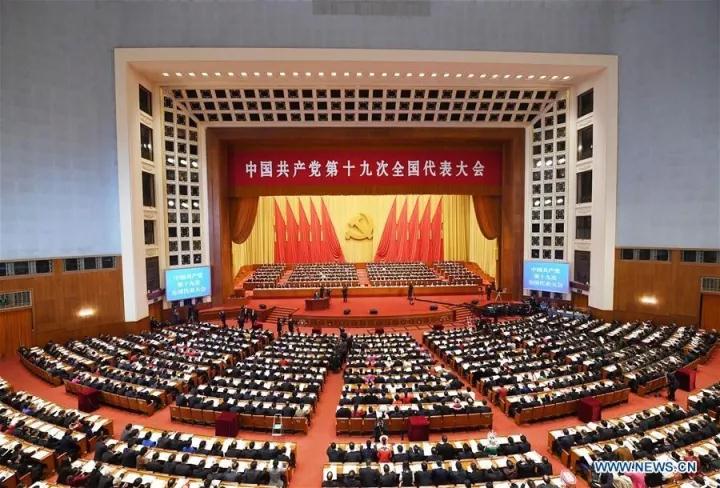 On behalf of the 18th Central Committee of the CPC, Xi Jinping delivered a report titled "Secure a decisive victory in building a moderately prosperous society in all respects and strive for the great success of socialism with Chinese characteristics for a new era". 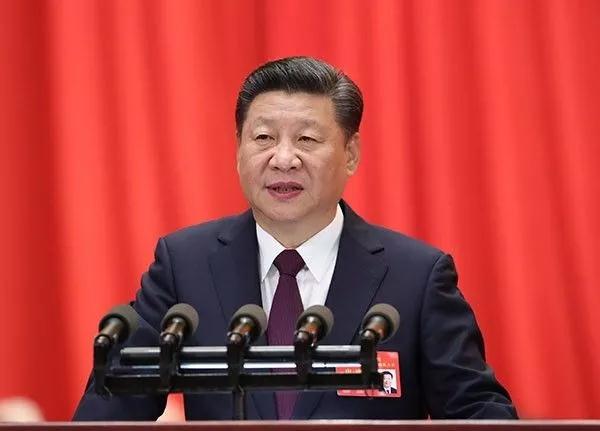 The theme of the congress is to "Remain true to our original aspiration and keep our mission firmly in mind, hold high the banner of socialism with Chinese characteristics, secure a decisive victory in building a moderately prosperous society in all respects, strive for the great success of socialism with Chinese characteristics for a new era, and work tirelessly to realize the Chinese Dream of national rejuvenation". 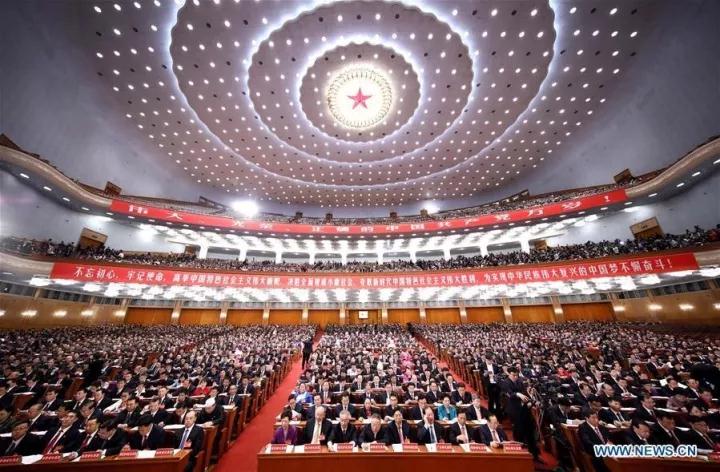 Highlights of the report 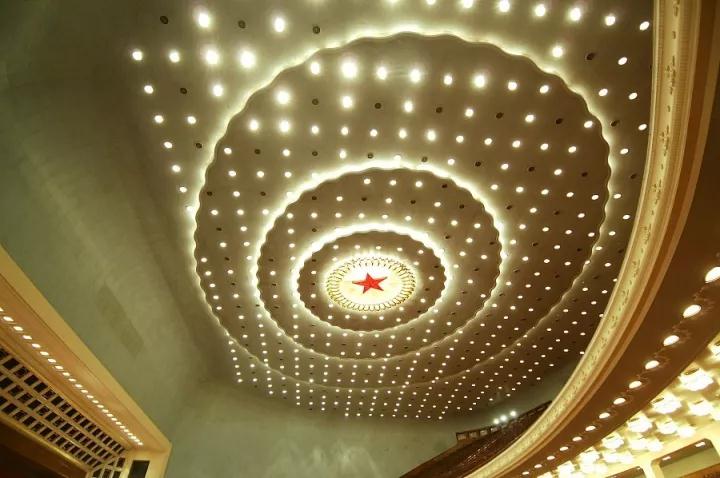 It will be an era of securing a decisive victory in building a moderately prosperous society in all respects, and of moving on to all-out efforts to build a great modern socialist country, he said.

It will also be an era that sees China moving closer to center stage and making greater contributions to mankind, he said. 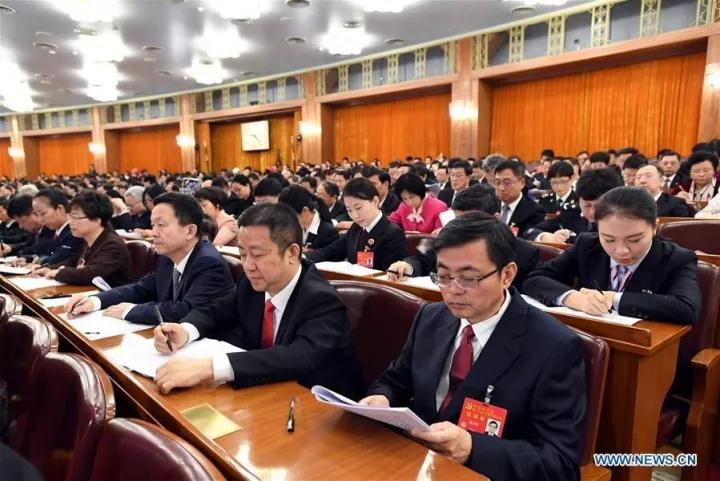 The CPC has given shape to the Thought on Socialism with Chinese Characteristics for a New Era, a long-term guide to action that the Party must adhere to and develop.

The thought "builds on and further enriches Marxism-Leninism, Mao Zedong Thought, Deng Xiaoping Theory, the Theory of Three Represents, and the Scientific Outlook on Development," Xi said. "It represents the latest achievement in adapting Marxism to the Chinese context."

Xi defined components of the thought, calling it a "guide to action" that must be adhered to and steadily developed on a long-term basis for all Party members and all Chinese people in their efforts to achieve national rejuvenation. 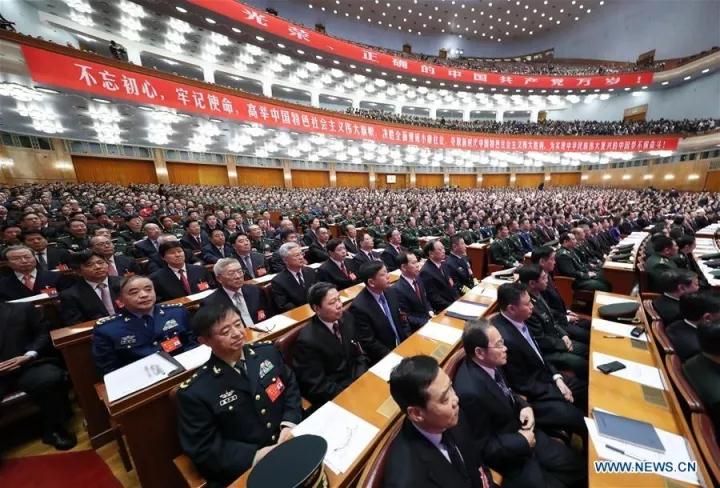 "What we now face is the contradiction between unbalanced and inadequate development and the people's ever-growing needs for a better life," he said.

The evolution of the principal contradiction represents a "historic shift that affects the whole landscape and that creates many new demands for the work of the Party and the country," Xi said.

Previously the principal contradiction was described as one between "the ever-growing material and cultural needs of the people and backward social production." 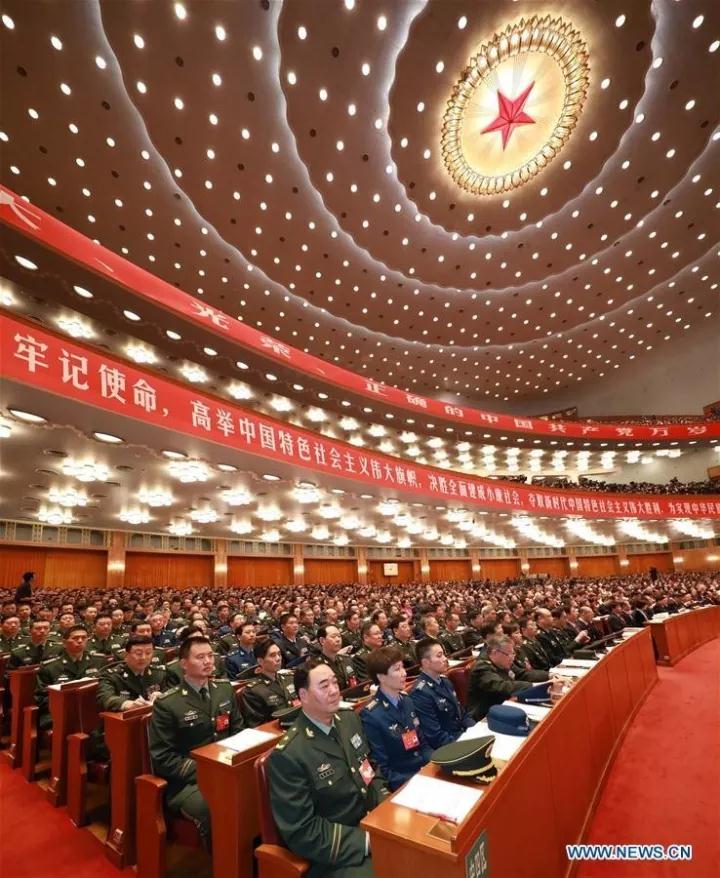 The move is aimed at exercising unified leadership over the initiative to build rule of law in China, he said.

Advancing law-based governance in all fields is a profound revolution in China's governance, Xi said. 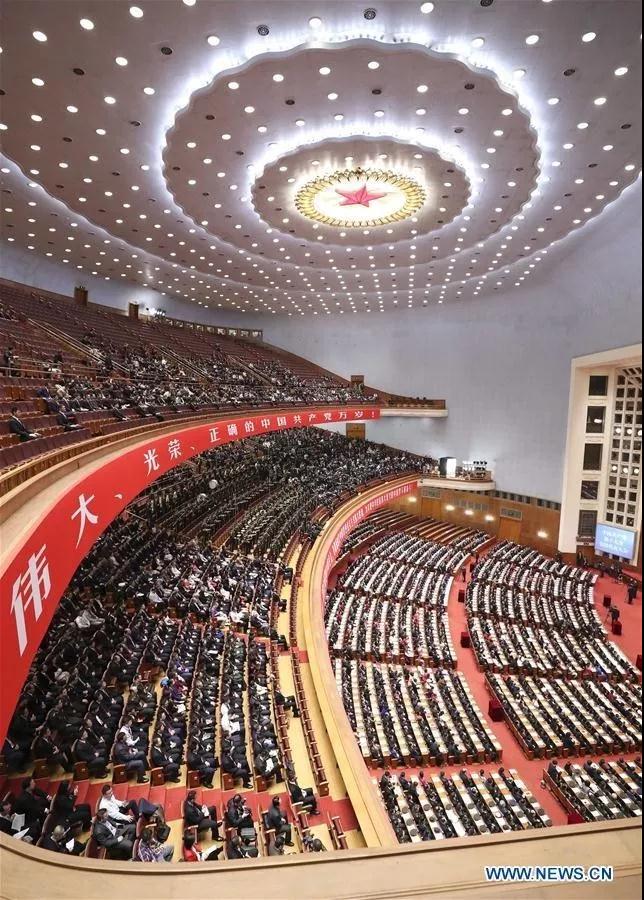 Xi called for furthering reform of state-owned enterprises (SOEs) and making them "stronger, better and bigger".

Vowing to take effective measures to prevent the loss of state assets, the CPC will also work to ensure state assets "maintain and increase" their value, and support state capital in "becoming stronger, doing better, and growing bigger," Xi said.

Cause of CPC, nation see 'historic shifts' in past five years 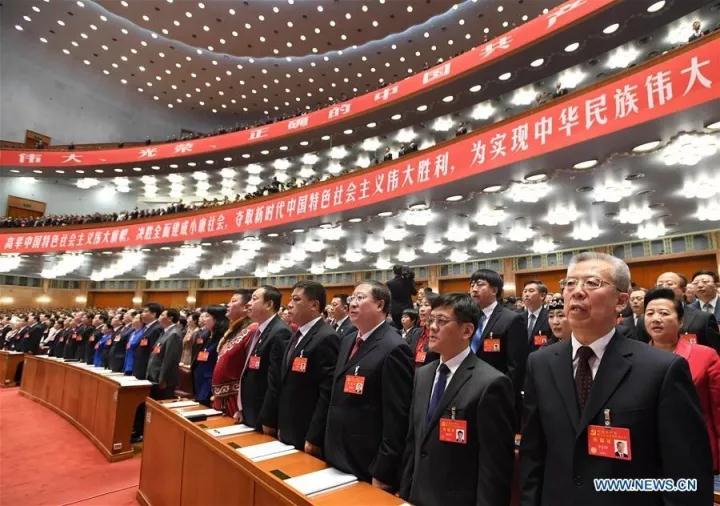 Xi said that "historic shifts" have been made in the cause of the Communist Party of China and the country in the past five years.

More than 60 million people have been lifted out of poverty over the past five years, Xi said. 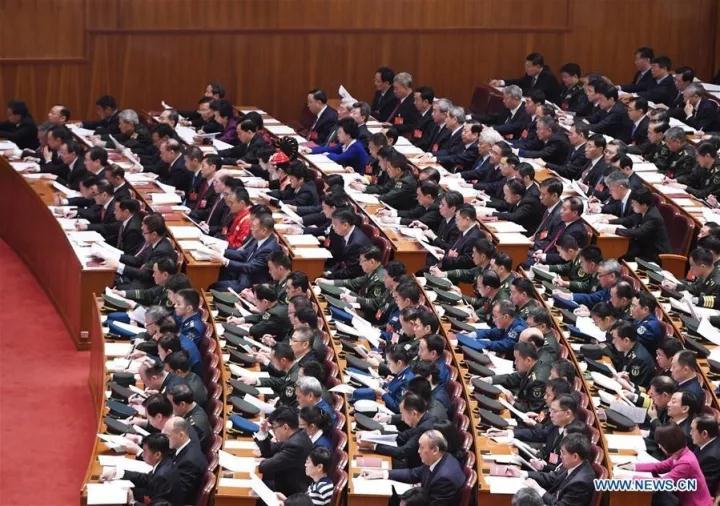 Xi said that the Communist Party of China will develop China into a "great modern socialist country" by the middle of the 21st century.

The Communist Party of China will take a two-step approach to build China into a great modern socialist country that is prosperous, strong, democratic, culturally advanced, harmonious, and beautiful by the middle of the century, Xi said.

Achieving national rejuvenation will be 'no walk in the park' 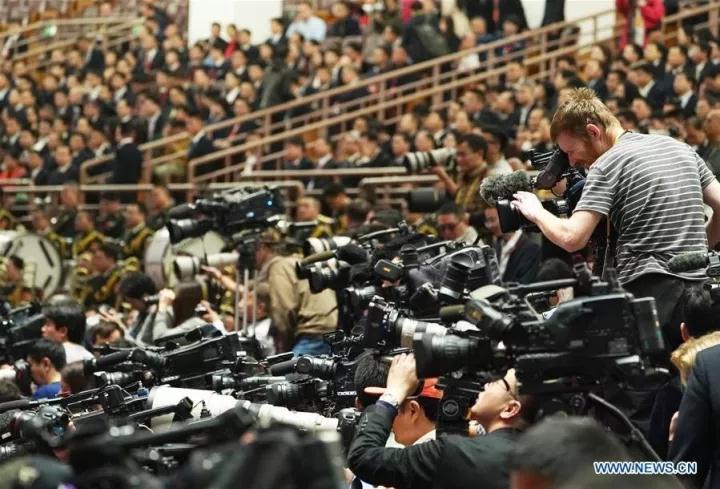 Citing a Chinese saying that "the last leg of a journey just marks the halfway point", Xi demands every Party member "be prepared to work even harder toward this goal".

"Today, we are closer, more confident, and more capable than ever before of making the goal of national rejuvenation a reality," Xi said. 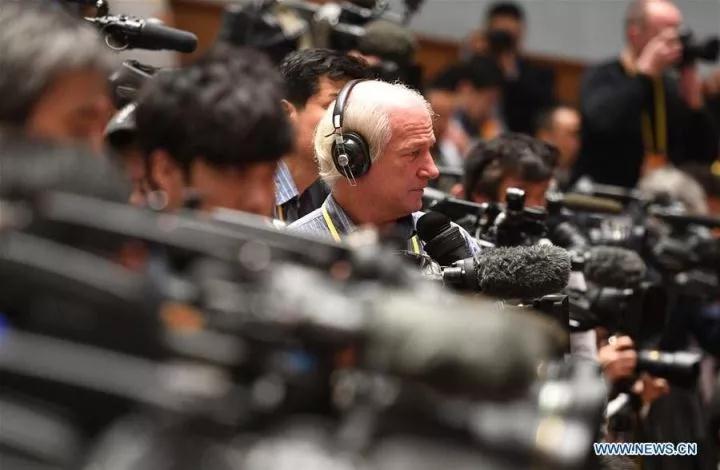 Without the leadership of the Communist Party of China, national rejuvenation would just be "wishful thinking", Xi said.

"We must keep on strengthening the Party's ability to lead politically, to guide through theory, to organize the people, and to inspire society, thus ensuring that the Party's great vitality and strong ability are forever maintained," he said. 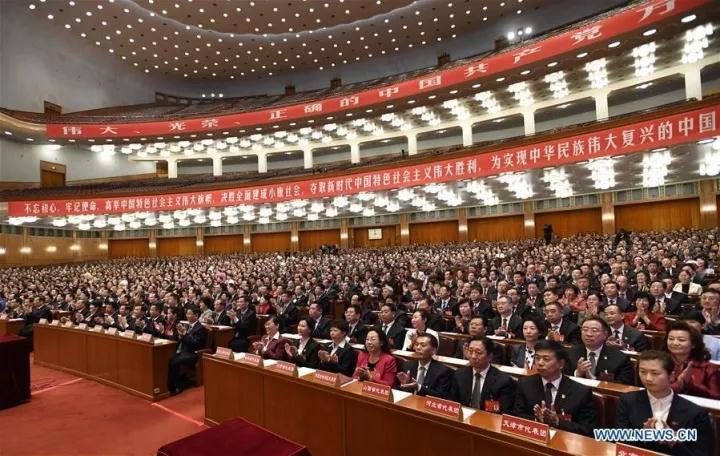 "China's economy has been transitioning from a phase of rapid growth to a stage of high-quality development," Xi said, calling this a pivotal stage for transforming growth model, improving economic structure, and fostering new drivers of growth.

Stressing it is imperative that China develop a modernized economy, he described supply-side structural reform as the main task, and urged more efforts for better quality, higher efficiency, and more robust drivers of economic growth.

Xi called for raising total factor productivity and accelerating the building of an industrial system that promotes coordinated development of the real economy with technological innovation, modern finance, and human resources.

"We should endeavor to develop an economy with more effective market mechanisms, dynamic micro-entities, and sound macro-regulation," he said. 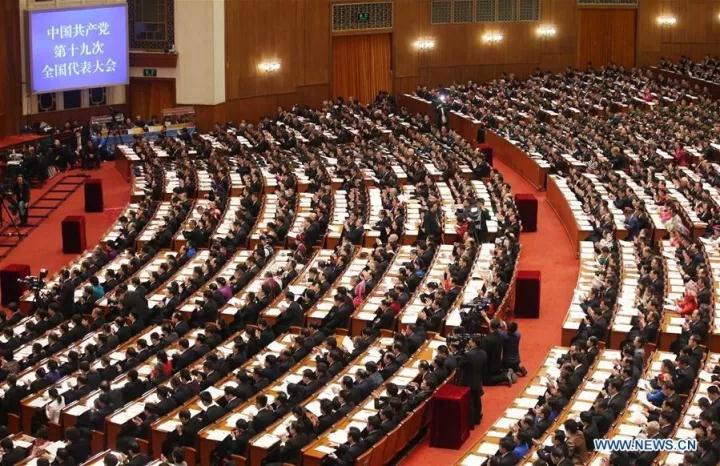 "We will implement the system of pre-establishment national treatment plus a negative list across the board," Xi said.

All businesses registered in China will be treated equally, he said.

China's socialist democracy the most effective 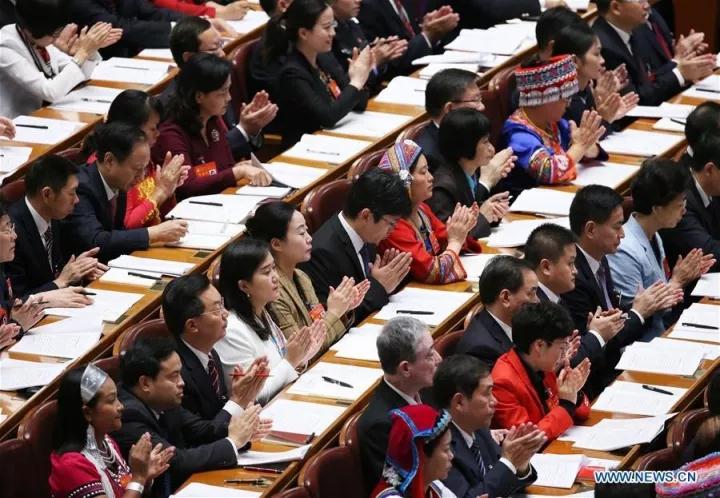 China's socialist democracy is the broadest, most genuine, and most effective democracy to safeguard the fundamental interests of the people, Xi said.

The very purpose of developing socialist democracy is to give full expression to the will of the people, protect their rights and interests, spark their creativity, and provide systemic and institutional guarantees to ensure the people run the country, Xi said.

"We should not just mechanically copy the political systems of other countries," he said.