An enterprising thief in eastern China has given new meaning to the phrase "highway robbery" by stealing an 800-meter-long stretch of concrete road overnight, a Chinese media report said. 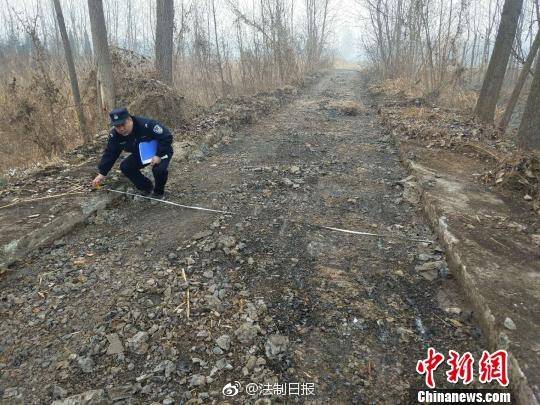 Confused locals in the village of Sankeshu in Jiangsu province called police on January 24 to report that the segment of road had mysteriously gone missing, leading some to believe that an unannounced road renovation was underway, the China News Service reported.

But police soon discovered that a man surnamed Zhu had hired a digger to rip out the road and trucks to ship the chunks of concrete to a stone materials factory which purchased them, said the report issued late on Thursday.

Zhu had been looking for a way to make money and felt that digging up and selling the concrete would be a good "business opportunity", rationalizing the move by saying a newly built road nearby had made the dug-up road obsolete.

"No one was taking the road. Why don't I dig it up and I can sell the cement pieces for some money," the report quoted him as saying.

The brazen theft sparked tens of thousands of comments on Chinese social media by netizens lauding the man's cheek.

"Poverty has really made him innovative," said one posting on China's Twitter-like Weibo.

Another wrote, "The most suitable punishment would be to make him fix the road."