Li, 89, will officially step down as chairman of CK Hutchison and CK Asset, the tycoon said at a media conference.

Victor Li, his eldest son, will be his successor.

Li, with an estimated net worth of $35.3 billion, is the richest person in Hong Kong and the 23rd most wealthy individual in the world, according to Forbes. 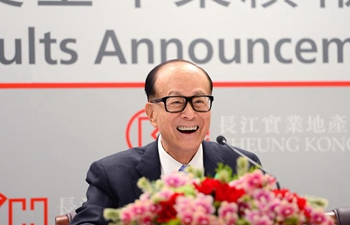