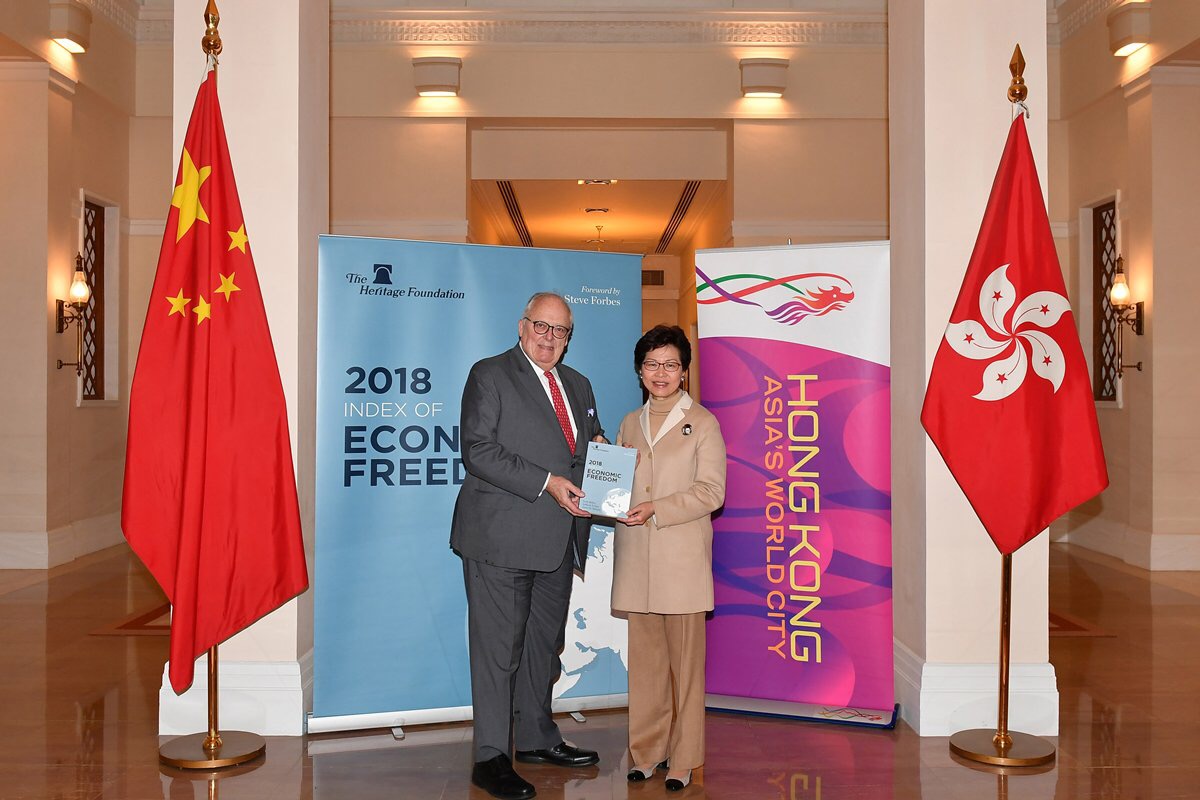 In this year's Index of Economic Freedom report, Hong Kong's overall score improved by 0.4 point to 90.2 compared with last year, making Hong Kong the only economy with an overall score of more than 90.

The Financial Secretary, Chen Maobo, said, "The free market principles have long been the cornerstones of Hong Kong’s economic prosperity and international competitiveness. I am glad that Hong Kong has been ranked the world's freest economy for 24 consecutive years."

Chen added, "Notwithstanding the continued improvement in Hong Kong's performance in the latest report, the government is well aware of the keen competition across the globe and we must constantly endeavour to keep ourselves competitive globally. The government will strive to uphold Hong Kong's strengths, including the rule of law and judicial independence, a simple and low tax system, an open and free trade regime, a level-playing field for all businesses and an efficient public sector."

In addition, the government will inject new impetus for economic growth by enhancing the business environment, promoting innovation and technology development and forging closer economic and trade ties with other economies, so as to strengthen Hong Kong's leading position as an international financial, transportation and trade centre, noted Chen.

The 2018 Index of Economic Freedom report was released by the Heritage Foundation today. Hong Kong has been ranked the world's freest economy every year since the Index was first published in 1995. On a scale of 0 to 100, the overall rating of Hong Kong in this year's report was 90.2, 0.4 points higher than last year and well above the global average of 61.1.