Prince Harry and his bride Meghan Markle will share their first moments as a married couple Saturday travelling in a horse-drawn carriage through the streets around Windsor Castle.

And that mode of transport is the most popular dream choice among brides and grooms, a survey by the government's Driver and Vehicle Licensing Agency (DVLA) revealed Thursday.

The survey showed 77 percent of drivers said that they travelled to their own weddings by car.

Rolls-Royces, Bentleys and Daimlers were among the most popular luxury choices of car when getting married, with a black cab, fire engine and even a golf buggy standing out among the quirkier ways people chose to arrive on their big day, the DVLA said. 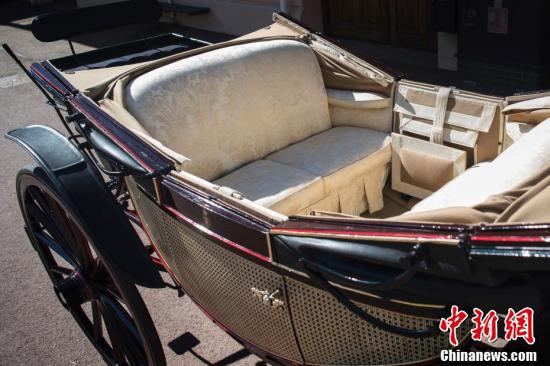 "While around 70 percent said they had the exact choice of transport they wanted, a horse and carriage was revealed as the most popular dream choice -- perhaps inspired by the royal couple -- for those who would have preferred to have had something different," said a spokesperson at the agency.

Others said they would have liked to have made a more dramatic arrival, preferring to arrive at the church on time aboard a vintage bus, helicopter or even motorboat.

The carriage that Prince Harry and Meghan Markle use on their wedding day will be an Ascot Landau, one of five kept by the Royal Mews.

Crown Equerry, Col. Toby Browne, described the Ascot Landau as a "wonderfully bright, small, lovely carriage, very easy for people to see -- the passengers can sit up quite high. So there's lots of visibility for everybody". 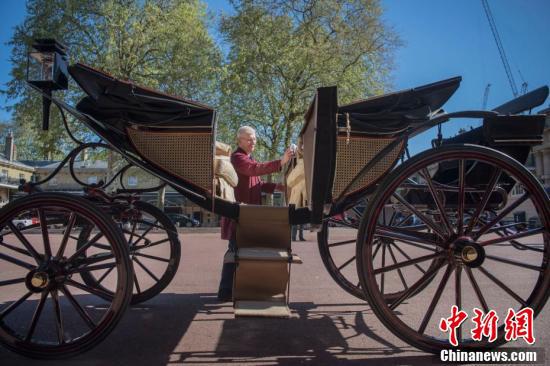 The carriage will be pulled by six royal horses, all Windsor Greys, for the celebratory procession around Windsor.

Kensington Palace said: "Prince Harry and Ms Markle are very much looking forward to this short journey which they hope will be a memorable moment for everyone who has gathered together in Windsor to enjoy the atmosphere of this special day."

The Landaus are used every year for Queen Elizabeth's traditional procession during the Royal Meeting at Ascot racecourse in June.

Two of the Ascot Landaus featured in the 2011 Carriage Procession for wedding of Prince Harry's brother, William and his bride, the Duke and Duchess of Cambridge. They carried Prince Harry as the Best Man, Maid of Honor and Bridesmaids and Page Boys from Westminster Abbey to Buckingham Palace where the couple famously kissed on the palace balcony, cheered by a crowd of thousands.

Although the weather is forecast to be good on Saturday Prince Harry and Meghan Markle have a plan B if it rains. In reserve will be the Scottish State Coach which has a roof.