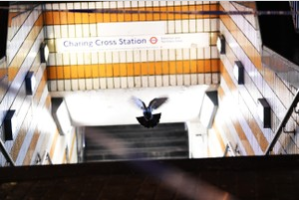 A pigeon flies out of a pedestrian subway at Charing Cross station after it was shut due to a gas leak, in London, Britain. Photo: Reuters

"A ruptured gas main was discovered using detection equipment and high levels of natural gas were detected in the atmosphere," a London Fire Brigade spokesman said.

"As a precaution, approximately 1,450 people have been evacuated. They are from a hotel and a night club." 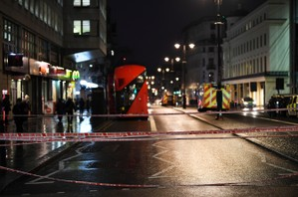 Charing Cross and Waterloo East train stations, which brings commuters into the capital, were also closed, while Tube trains were not stopping at Charing Cross.

The Strand, a major road running from Trafalgar Square to Waterloo Bridge, was also closed and people were asked to avoid the area.

The Fire Brigade said they did not yet know the cause of the gas leak, but engineers were attending. 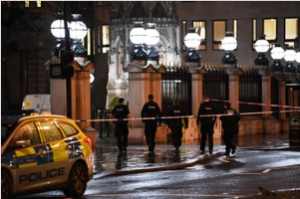 A spokesman for the Cadent Gas company said: "We are working with the emergency services and as a safety precaution an exclusion zone has been put in place.

"The Amba Hotel, nearby flats, offices and Charing Cross stations were evacuated."