HEADLINE How mobile apps improve the lives of Chinese people

How mobile apps improve the lives of Chinese people

Mobile apps have become an indispensable part of the average Chinese citizen's daily life. Here, we talk to people to find out how they have embraced the latest technology and what apps have made a difference in their lives.

Nothing can put the brakes on this trend 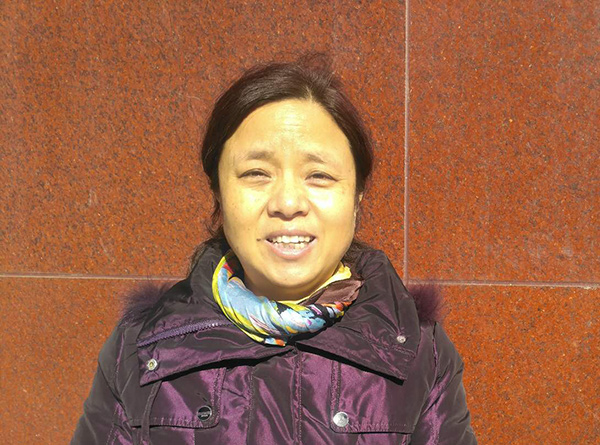 After covering more than 2,000 kilometers on shared bikes in only seven months, Xu Xuemei said it would be hard for her to stop using this new type of transportation.

The 54-year-old works at a notary office in Xi'an, Shaanxi province, and rides a shared bike－usually Ofo or Mobike－to work every day. Each trip takes about 20 minutes.

Before using the "freestyle" shared bikes apps, which allow users to park anywhere, Xu used to ride the rented bicycles provided by the city government, which had to be left at fixed docking stations.

"I saw people riding those yellow bikes on the street in January, but I didn't trust it at first," she said. "But later my son installed the apps on my phone and taught me how to scan QR codes to unlock the bikes.

"Shared bikes are much more convenient than the traditional rental program, not least because I don't need to find a docking station to park them."

Xu quickly began to ride shared bikes to work, to see friends or simply for exercise.

"Xi'an is not a big city, so when I see the bus is too crowded or the traffic is bad, I just ride a bike to where I want to go," she said. "Plus, it's more environmentally friendly."

According to data from the China Internet Network Information Center, the sharing economy boomed in China last year, with the number of shared bike users increasing by 115 million in just six months.

The technology is so popular that by the end of 2017 bike-sharing apps had helped to cut carbon emissions by an estimated 6.99 million metric tons, according to reports released by Mobike and Ofo. 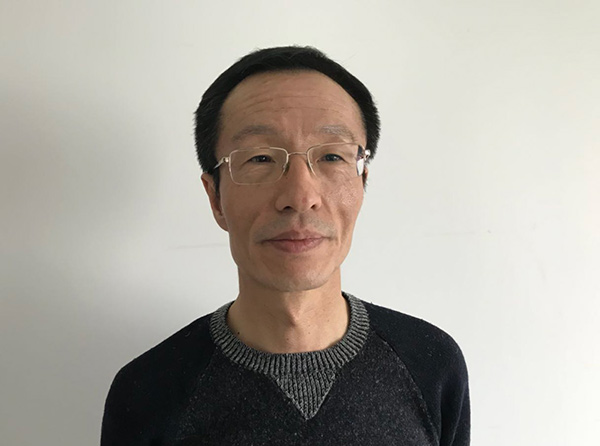 Shanghai entrepreneur He Zhizhao used to drive at least two hours to a store once a week to buy his family's groceries. That was until March when he downloaded an app called Hema Xiansheng.

The app is an online-to-offline supermarket operated by e-commerce giant Alibaba. It allows users to order goods, including fresh fruit and vegetables, on a mobile device and have them delivered to their doorstep.

Customers who live within 3 kilometers of a brick-and-mortar Hema supermarket can even receive their purchases within 30 minutes.

The app has become hugely popular among busy residents in big cities like Beijing and Shanghai. He, 54, said he was hooked right away.

"Online shopping has made my life easier," he said. "The delivery service is always on time, and I can buy almost everything I need on the app. It saves me the travel time and the hassle of picking up goods.

"There's a detailed introduction for each product on the app, which you just don't get on a supermarket shelf. Plus, the prices are reasonable."

Quality service at a reasonable price is the result of intense competition in the online-to-offline supermarket sector. In addition to Alibaba's Hema, shoppers have the option of using Tencent's Miss Fresh and JD Fresh.

According to a report by Cheetah Global Lab, users of fresh food delivery apps in China tripled last year. 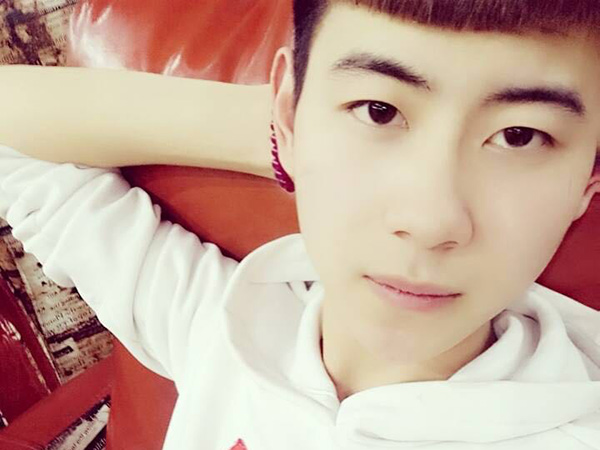 "It's a great social network that brings me fun as well as an income," said the 18-year-old from Yingkou, Liaoning province. "It's helped me make many new friends."

Short-form video apps like Kuaishou, Miaopai and Meipai have seen a sharp increase in users in recent years. As of December, the number had reached about 420 million, more than half of all netizens, according to the China Internet Network Information Center.

Kuaishou, which is backed by technology giant Tencent, is one of the most popular apps on the market. Last year, it had 700 million registered users, including more than 100 million who log on daily.

One of its most famous users is Li Tianyou, 23, who reportedly earns 80 million yuan ($12.7 million) a year from sharing short-form videos and livestreaming.

Zhao began using Kuaishou in 2016 and has amassed over 4,000 followers. He said he earns about 3,000 yuan a month in "gifts" from fans, attributing his success to his good looks and sense of humor.

"I share at least one video about my daily life on the platform every day, and I sometimes do the livestreaming to chat with my followers," he said. "I can't live without it now."

Shoppers cash in on mobile payment 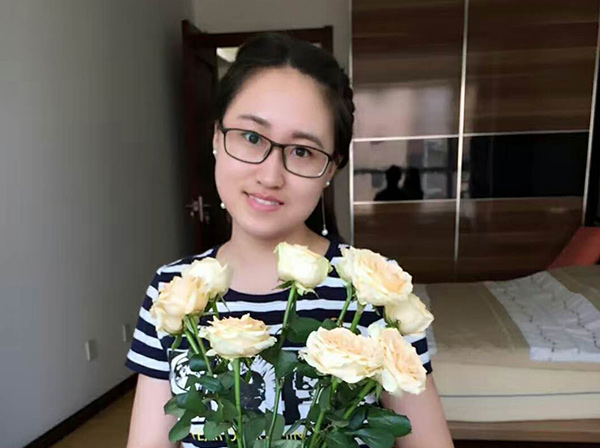 Mobile payment apps have taken China by storm, and in some places it's impossible to complete even a basic transaction without using one.

The country witnessed a more than 12 percent increase in the number of people using mobile payment apps last year, according to the China Internet Network Information Center.

About 527 million used the apps for offline purchases on a daily basis, it said.

High school teacher Fu Yao, 25, said the most popular apps－Alipay and WeChat Pay, which can be directly linked to a credit or debit card－have become integral to her life.

"My job leaves little spare time for going shopping every week," said Fu, who is based in Shenyang, Liaoning province. "But I can shop online on my phone and easily pay through the apps, which helps a lot."

She said the apps make it more convenient to pay at brick-and-mortar stores, too.

The incentives offered by the mobile payment services－usually in the form of credit "gifts" given after each transaction－have also helped boost user numbers.

"It's definitely more economical than using cash, as many stores and markets now offer discounts when paying through a mobile payment app," Fu added. 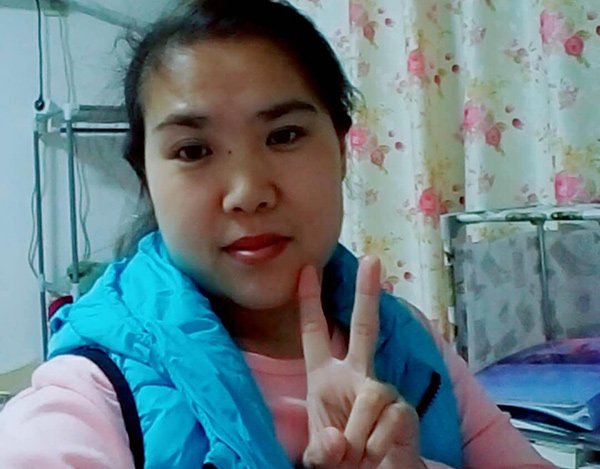 Wang Lang bought a smartwatch for her 5-year-old daughter as a New Year's gift in December. She also downloaded an app for her own smartphone that allows her to control the gadget.

"It's more useful than I thought it'd be," said the 33-year-old financial worker from Shenyang, Liaoning province. She explained she can call her daughter using the watch at any time, as well as send texts and voicemail messages.

"For example, I can ring her to say it's time to come home when she's playing or remind her to take her medicine while she's at kindergarten," Wang added.

Before buying the Chinese-made smartwatch, Wang could only check on the girl by calling the kindergarten teacher, who was sometimes too busy to answer her phone, which raised the mother's anxiety level.

The number of parents using smartwatch apps to keep track of their children doubled in 2017, according to data from Cheetah Global Lab, a mobile internet research institute.

Many see them as a handy security feature. Using the app, parents can get real-time information on their child's whereabouts, and they can input contact numbers for the child to call in emergencies.

"Parents also don't need to worry that their child will play on the watch during class, because all the functions－such as the address book, real-time positioning and online chatting－can be disabled using the app," Wang said.