HEADLINE How much money can the Chinese help Americans save?

How much money can the Chinese help Americans save? 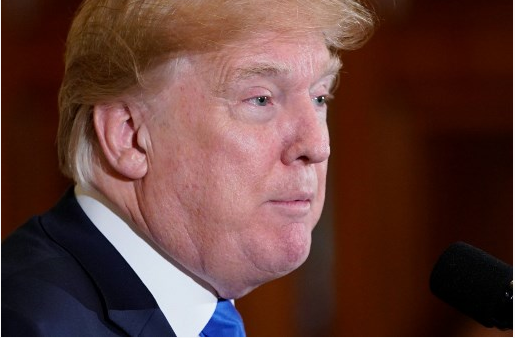 According to 2015 data from the US-China Business Council and the Oxford Economic, “China-US trade relations could help save $850 annually for typical American families with an average annual income of $56,500. Chinese exports lower price levels in the US from 1 percent to 1.5 percent.”

Trade relations are the cornerstone for the relationship between China and the US. Unfortunately, the Trump administration is ignoring the benefits of this relationship. While some Americans have skeptical attitudes towards Chinese investments, many others are worried that the financial problems that a trade war can cause will affect ordinary American families.

Journalist Kui Jing says that China-US trade benefits American families in many ways in many aspects of ordinary life – including groceries, entertainment, and job opportunities. Because of this relationship, the US cannot function without its affiliation with China.

Saving up to $100 annually from toy purchases

If the trade war ignites between China and the US, this decision will definitely affect millions of American families, including my family. Toys are irreplaceable for my 7-year-old daughter who benefits from dozens of modestly prices toys made in China each year on her birthday. During my daughter’s first school year, we saved an estimated $100 on toys for her classmates by purchasing the ones made in China since they were less expensive than the other options.

An American mother, who has a son and daughter, told me she limits her spending on toys if they cost more than $30 each. Sometimes, to cut costs, she buys one toy and her children must share it.

American families should be especially appreciative of products made in China during Christmas time due to the amount of money they can save. Most Christmas trees, lights and decorations come from China and even though the price is inexpensive – all these Christmas furnishings make my family smile all the same. It would be impossible for the US to match China’s low prices due to the nation’s minimum wage being so high and inflated manufacturing costs.

The high cost of not importing

Mcllroy, the boss of a local manufacture and import business, told me that many retailers like to import merchandise from China because it has lower costs due to cheap labor. The low cost gives retailers more flexibility in the market, making it easier to make profits on their products. Mcllroy imports BBQ grills from China for retailers, and the prices of these grills are still cheaper than US-made grills even after the newly placed tariffs. Since the bottom line is not heavily effected, the purchaser will not likely change their suppliers.

In the US, some of the costliest items that a parent can get for their kids are clothes and shoes. Most American families buy new clothes for their children every six months as they continue to grow. Furthermore, children can be picky and sometimes choose expensive brand name clothing.

However, choosing clothes made in China can satisfy the need for a cost-effective budget and style since China is known to manufacture many famous brands of clothing.

Recently, the National Association of Manufacturers, National Retail Federation, and other business groups warned the US that a trade war with China will significantly increase costs to US consumers, which will punish “normal Americans.” According to the Washington Post, US farmers, many of whom are Trump supporters, and consumers are going to feel the pain of a trade war due to rising costs. Many US retail companies asked President Trump to stop creating a divide between the rich and the poor and to stop punishing low-income families with his policies.

Directly importing merchandise from China is only a part of China-US trade relationship. The Chinese have made numerous contributions to America. Chinese corporations have heavily invested in almost every state of the US and have hired more than 150 thousand employees around America’s Rust Belt. Americans also regularly enjoy meat products from China’s ShuangHui industry group since the company recently purchased the popular Smithfield Foods Inc.

7 Books out of 10 printed in China

Even book publishing is largely controlled by China, as I have noticed that almost 70 percent of books are printed in China. Once again, the high cost of US manufacturing is evident as essential features, like photos, drive up costs. When I tried to publish a book in the US many years ago, the publishers recommended not having photos because of the high cost, which would negatively affect sales.

The US has nothing to replace China

Even with all the aspects I touched on, the biggest hit this trade war will have on the US will be regarding electronic devices since China assembles cellphones, computers, tablets and more.

The family I mentioned before is well-aware of China’s contribution on the decreased prices for electronics, since they can now afford a computer for each of her children. She also said she understands that if products, like Apple’s iPhone, were made in the US – their cost would be astronomical.

Mcllroy said China has become an important part of the global supply chain, and that no other country in the world can replace the speed, quality and quantity of Chinese manufacturers. This comes from 30 years-worth of China’s practices and improvements. Thanks to the decades of experience, China is difficult to compete with and many chose Chinese manufacturers over US companies.

“America always brings up the IP rights issue, China is improving on it,” Mcllroy said. “Overall, to start a trade war with China is definitely not a good idea”

Mcllroy also mentioned that the White House has not considered the effects that the trade war may have on the US, such as inflation and the unfavorable prospects for US companies to enter the largest market in the future. The China-US trade relationship promotes diversity of products with an affordable price to American families, which benefit their lives.