HEADLINE How the Parkland teens are pulling off a worldwide movement

How the Parkland teens are pulling off a worldwide movement 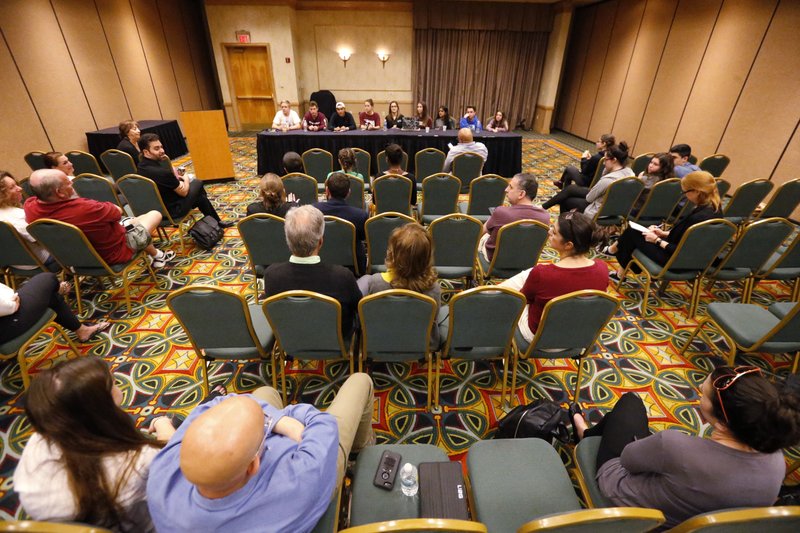 They can’t buy a beer or rent a car and most aren’t even old enough to vote, yet the students from Marjory Stoneman Douglas High School have spearheaded what could become one of the largest marches in history with nearly 1 million people expected in Washington and more than 800 sister marches from California to Japan.

In the wake of a Valentine’s Day shooting that killed 17, the teens have pulled all-nighters, scheduling speakers, petitioning city councils, renting stages and walking march routes with police in a grass-roots movement that has raised more than $4 million. Students will walk down Pennsylvania Avenue during March for Our Lives on Saturday alongside pop stars Ariana Grande, Jennifer Hudson, Miley Cyrus and Demi Lovato.

“People don’t think about all these little things, but they add up,” said Marjory Stoneman Douglas senior Ryan Deitsch, who is 18.

Several student organizers have become mainstays on national TV, promoting the marches, and they landed on the cover of Time magazine. In the first two weeks after the shooting, Deitsch worked 22-hour days, often sleeping in his clothes.

“I’d basically keep going until I shut down, like I’d just collapse, sometimes I’d be on the floor,” Deitsch said.

Seasoned activists have marveled at what the students accomplished so far, including a sweeping gun bill in Florida and school walkouts attended by over a million students last week, according to organizers Women’s March. Oprah Winfrey and George and Amal Clooney have each donated $500,000. The cast of “Modern Family” did a public service announcement, and Broadway stars Lin-Manuel Miranda and Ben Platt recorded a song for the march.

The Women’s March, Everytown for Gun Safety and the gun violence prevention group founded by former Congresswoman Gabrielle Giffords provided heavy support for the march, opening the youths up to criticism that they are just pawns of left-wing organizations that have been fighting guns for years.

The students said, however, they are calling the shots, and have refused money and turned down support that doesn’t align with their vision.

In Arizona, well over 20,000 people on social media promised to attend the student-led march, said leader Jordan Harb, a 17-year-old junior at Mountain View High School in Mesa. He coordinated vendors and met with police to talk about barricades and security as they expect counter-protesters to bring assault weapons.

They’ve raised roughly $34,000 through T-Shirt sales and donations. The group Arizonans For Gun Safety is handling the money since the teens are underage.

“All of my waking hours are pretty much spent on the march right now,” Harb said. “I’m in class and all I do in class in march stuff. I was in Spanish yesterday depositing $10,000 in our bank account.”

Marjory Stoneman Douglas student Casey Sherman spends most of her time in class working on a sister march in Parkland, where they’re expecting more than 20,000 people. She and fellow students successfully petitioned city commissioners to get permits and she’s learned about sponsorships and tax exemptions for charitable groups.

“Every day it’s kind of cool because I’m learning things I don’t learn in school,” the 17-year-old said.

Broward County Property Appraiser Marty Kiar helped the students navigate local government but credited the rest to them, saying “I’ve never seen anybody be able to bring so many stakeholders together in such a short period of time.”

Riley Helberg, a 14-year-old freshman at Crescenta Valley High School, said the Los Angeles march could eclipse the Women’s March there with more than 100,000 expected, along with a performance from singer Charlie Puth.

In New York, 17-year-old Winter Minisee, who spearheaded the student walkouts, dismissed criticisms that the teens don’t have the credentials to change laws.

The ultimate goal, the students said, is to harness the support into actual voters, with their sights set on November’s midterms.

“The high-schoolers and the college students are sick of this normalcy in this environment that we live in where we have to live with mass shootings and code red drills,” said Alex Wind, a junior at Stoneman Douglas.