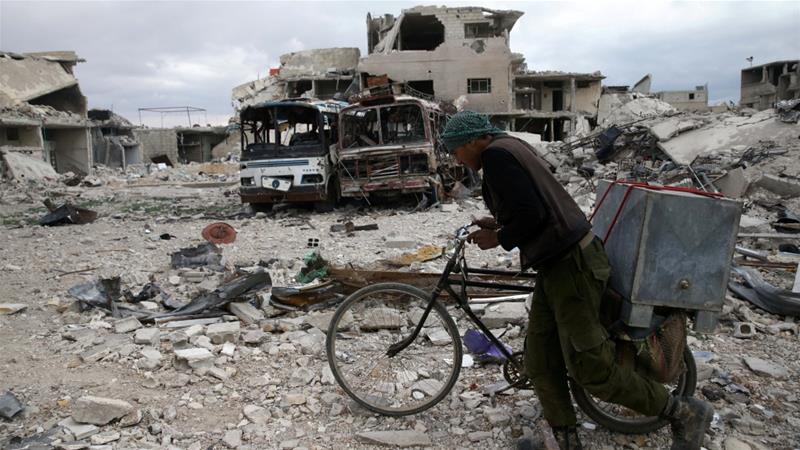 Several huge explosions were heard in Syria's capital early Saturday, AFP's correspondent there said, as US President Donald Trump announced strikes on the country were under way.

Syrian state television also reported a US attack on Syria, in coordination with France and Britain.

Trump said the strikes would aim to deter chemical weapons use by the Syrian government, a week after a suspected chemical attack outside Damascus left more than 40 people dead.