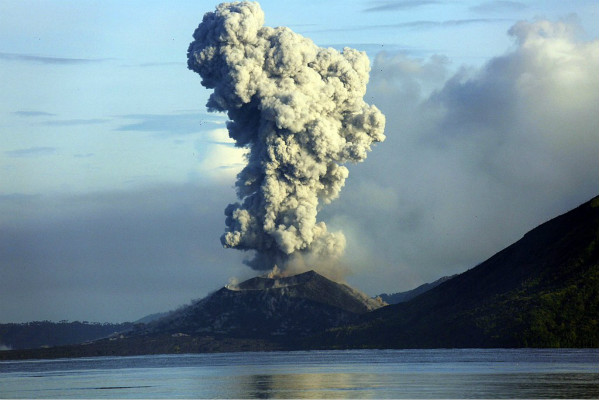 Some 600 residents on a tiny island off Papua New Guinea have been evacuated after a volcano previously believed to be dormant erupted and spewed a "continuous plume" of ash, officials and reports said Sunday.The volcano on the northern island of Kadovar, more than 500 metres (1,640-feet) high, erupted on Friday, the Darwin Volcanic Ash Advisory Centre told AFP."Since then, it's been emitting a continuous plume out to the west-northwest," centre forecaster Chris Kearney told AFP."It's been kept mostly over the ocean and still continuing as we speak."American Christian non-governmental organisation Samaritan Aviation said all residents on the island were evacuated."The reports we have is that all of the residents of the island have been evacuated and that there has not been any loss of life," the NGO wrote on Facebook late Saturday.Kearney said the volcano was thought to be dormant before the surprise eruption."The volcano showed signs of seismic unrest back in 2015, so it was rumbling a bit, but it didn't erupt at that time, and that's the only activity in its recorded history apart from the recent eruption," he said.The Rabaul Volcanological Observatory told local news site Loop PNG that more than half of the island was "covered in volcanic products"."Currently, there are no reports of fatalities," the observatory added.PNG sits on the Pacific "Ring of Fire" where high volcanic and seismic activity is the norm.