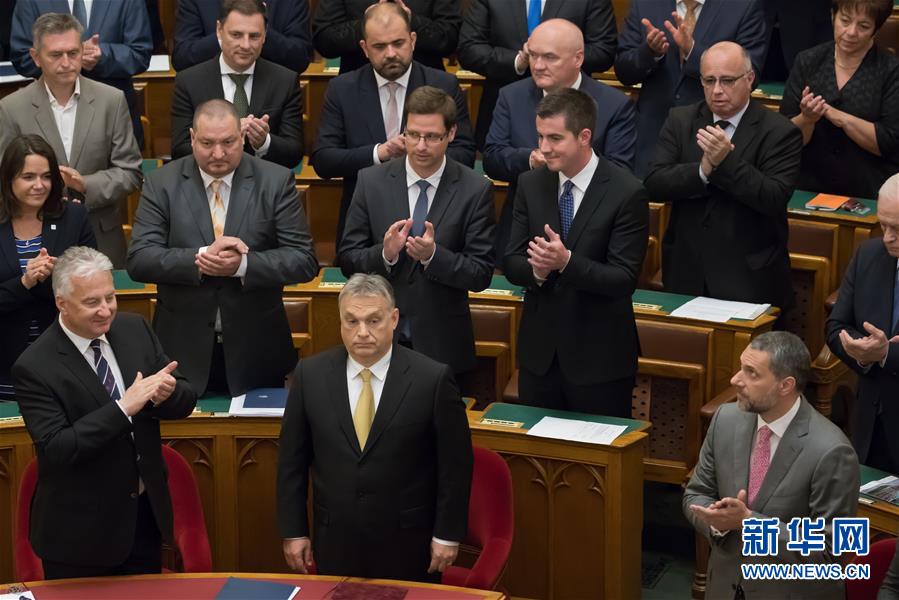 Ader gave the 13 ministers their credentials at the appointment ceremony that took place at Sandor Palace, the official residence of Hungary's president.

Ader's appointment of the new government, which took place in the presence of Orban, is effective from Friday.

According to the Hungarian Constitution, the president of the republic appoints the ministers based on the recommendation of the Prime Minister, and the government is automatically formed with the appointment.

Later in the day, the new ministers took their oath in the parliament.

"The new government received a big opportunity and we must receive it with humility," Orban told the parliament.

"In 1990, Europe was the future for us, now we are Europe's future," he announced, hinting at the fact that Central Europe is the fastest growing economic region of the European Union, of which Hungary is a member since 2004.

Orban also spoke of the necessity of protecting Hungary's borders, which has been at the center of his electoral campaign: "International migration will still menace Europe for long years. That is why the strict defense of the borders and the cold management of security threats are needed."

He added the country also had to brace for the battle of ideologies, hinting at the liberals in the European Union, who criticized Orban since 2010 for his concentration of power and alleged weakening of democratic institutions.

He said that values of the Christian culture were on the front page of his cabinet: "We defend human dignity, family, religious communities and the nation."

Orban has been in power continuously since 2010, and has served as prime minister between 1998 and 2002.

With his junior coalition partner KDNP (Christian-democrat), Orban's political party the Fidesz obtained 133 seats of the 199 of the Hungarian parliament in the general elections of April 8.

Because of the particularity of the Hungarian electoral system that favors the winner, Orban gained a so-called supermajority in the parliament -- more than two-third of the seats -- although he received less than 50 percent of the votes.