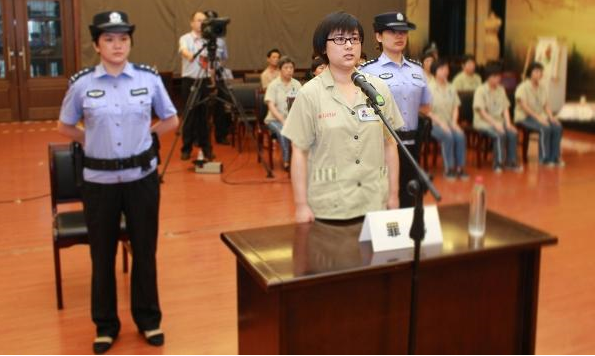 Wu Ying, a former billionaire, appeared at the Higher People's Court of Zhejiang Province on March 23 and had her life imprisonment sentence reduced to a 25-year imprisonment.

The court also ruled that she will be deprived of political rights for 10 years.

According to Sohu news, the court’s ruling stated that Wu Ying has regretted her actions during her imprisonment at Zhejiang Provincial Women’s Prison. Therefore, the court proposed a reduction in punishment in accordance with the law.

“This is good news for my daughter, but I am not surprised by the court’s ruling, she deserves the reduction,” said Wu Yongzheng, Wu Ying’s father.

For the last 10 years, Wu Ying ‘s father consistently filed appeals for his daughter, maintained her innocence, and even regularly visited her on the 14th of each month. Wu Yongzheng said his daughter’s imprisonment has ruined her reputation and her wealth.

Many who know Wu Yongzheng believe that while he refuses to admit his daughter’s guilt, he is also a concerned father seeking the safety of his daughter.

Wu Lingling, Wu Ying’s younger sister, said Wu Ying is using her spare time to study law and that she has some different opinions with her father over the case.

In addition to further appealing her sentence, Wu Ying is also seeking to liquidate her debts.

Wu Ying appeared at the court proceedings on March 23, with her father and others attending to show support.