HEADLINE Illinois Governor: Cooperation is the best choice for US and China

Illinois Governor: Cooperation is the best choice for US and China 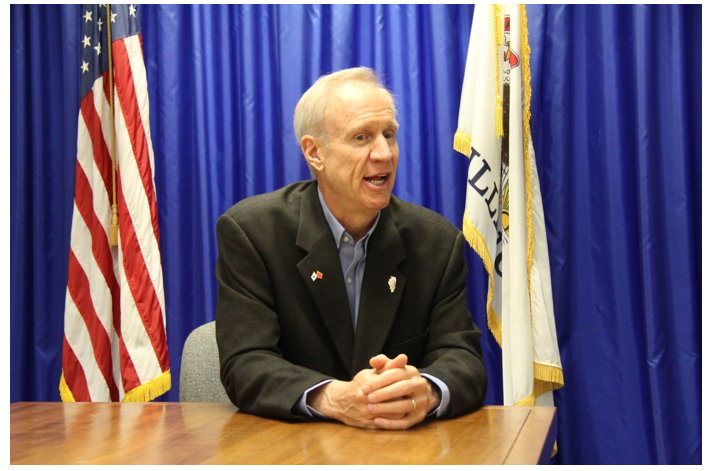 China is a favorite aspect with all visitors, and Rauner is no exception. “It’s interesting to go around cities in China, where as far as you can see, in all directions, are construction cranes, in every direction. The level of growth is very strong,” Rauner said when reflecting on his recent trip. He indicated that he was very impressed with the robust growth of China’s economy.

Illinois has built a strong economic connection with China in recent years. Its exports to China reached $5.11 billion in 2016. Illinois was the first state to officially launch trade with China when, in early 1974, it opened an office in Hong Kong. In 2000, a supplementary office was added in Shanghai. Both offices are committed to promoting Sino-Illinois business relations. Presently, China has 50 companies headquartered in Illinois, while 400 Illinois companies maintain bases in China. 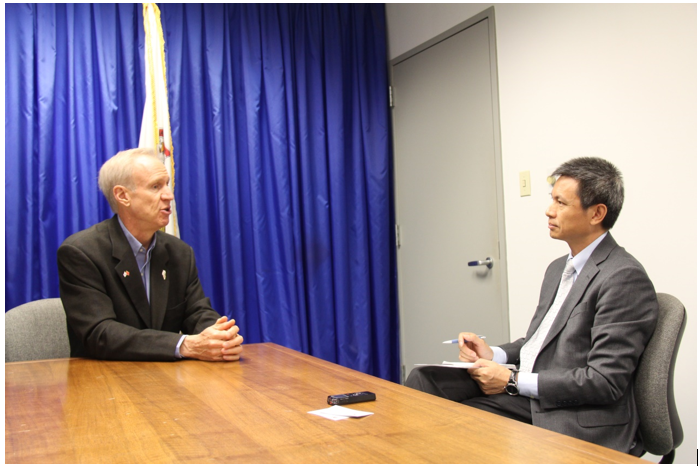 Rauner underscored his commitment to creating a pro-business climate in Illinois during the 2014 campaign, and recapped cooperation between Illinois and China brings forth a win-win situation. Likewise, Rauner affirmed he is a strong believer in cooperation in the areas of education and tourism with China. “University of Illinois Urbana-Champaign has the largest number of Chinese students in America. We are very proud of that.”

Rauner emphasized Illinois exports to China have outperformed the national average and underscored his faith in free trade between the US and China. “It’s beneficial to the people of China, and it’s beneficial to the People of Illinois. Political rhetoric comes and goes, there are different policy recommendations, but in the long run, trade is beneficial to all.”

The governor suggested his familiarity with China stems from his working trips, as well as from his sister-in-law, who is from Ningbo, a port city in eastern China. “The work ethics, the integrity, the royalty, the entrepreneurship, the dynamism I see in China, is very much like Illinois. I believe we will be great long-term partners.”

Rauner said he also keeps abreast of the latest developments in Chinese politics, stressing that the 19th CPC National Congress is a very significant event. “China has an agenda focusing on economic growth, which is good for the world.” 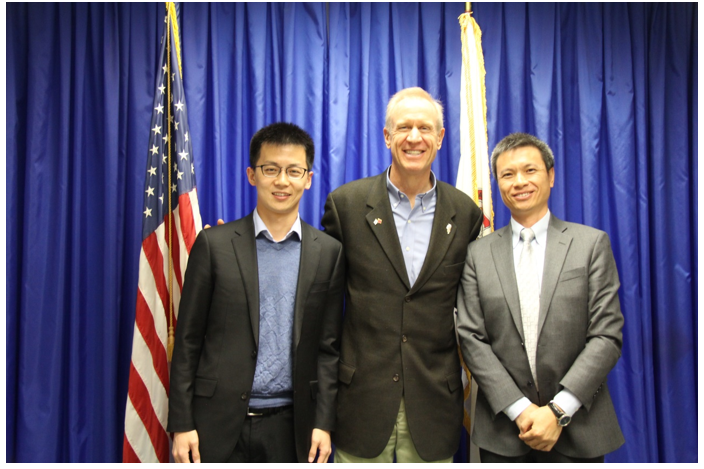 Remarking on the state visit of President Trump to China, the Republican governor said he believed such a visit is beneficial to the bilateral relationship between the two leading economies. “More visits, more conversation, more discussions, more understanding are good for everyone.”

The governor was optimistic of the prospects of future Sino-US cooperation. “America has unlimited potential. We are growing and thriving. China also has great potential. I believe in the coming years China and America will become close friends. That’s a great thing, which will improve life quality in both of the countries.”

When asked if he had a suggestion for President Trump on his visit to China, Governor Rauner said the two countries need more economic growth and opportunities. This will benefit people in America, people in China and all over the world, he said.