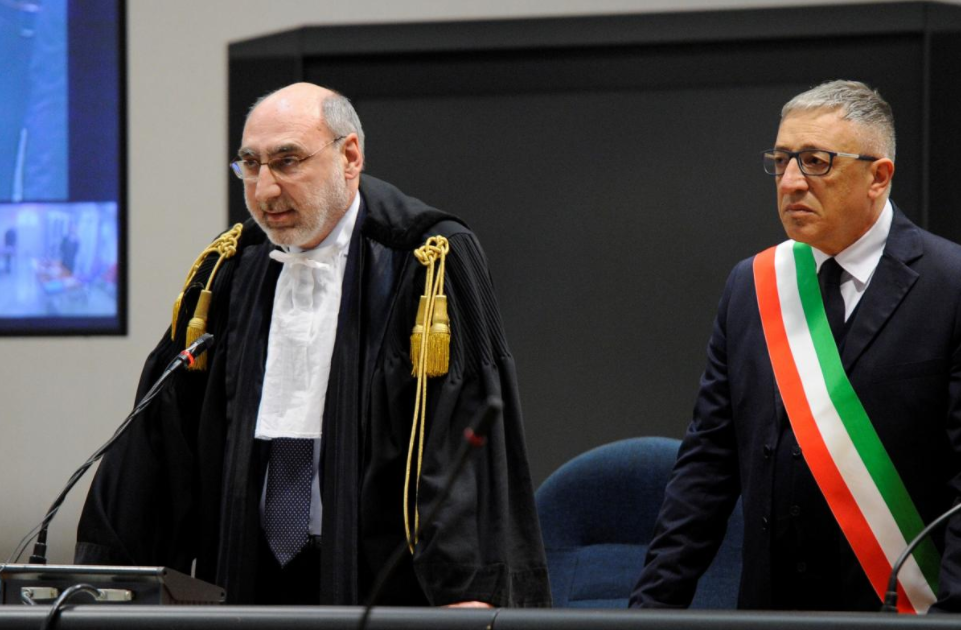 The president of the court Alfredo Montalto (L) reads the sentence, at the end of a historic mafia case in which mob bosses and former high-ranking state officials were convicted of holding secret negotiations in the early 1990s, in Palermo, Italy April 20, 2018. (Photo: Reuters)

An Italian court convicted former high-ranking state officials and mob bosses on Friday for holding secret negotiations in the early 1990s following a devastating wave of mafia murders and bombings.

Speaking in a high-security “bunker” courtroom on the outskirts of Palermo, Judge Alfredo Montalto ruled that the negotiations had damaged the interests of the state as he shed light on one of the murkiest chapters in recent Italian history.

After the verdict, members of the public clapped and cheered the prosecutors who brought the case to trial five years ago, two decades after a string of mafia bombs and assassinations killed 23 people, including prominent anti-mafia magistrates Giovanni Falcone and Paolo Borsellino.

The deadly attacks prompted politicians and state representatives to negotiate with the Sicilian Mafia, then led by the bloodthirsty Corleone crime family.

“What the ruling says is that parts of the state acted as go-between for requests from the mob,” said prosecutor Antonino Di Matteo, who lives under armed guard and has been the target of numerous death threats from the Sicilian mob, or Cosa Nostra.

“As judges were being blown up, some people in the state helped Cosa Nostra,” he said. “This is a historic ruling.” 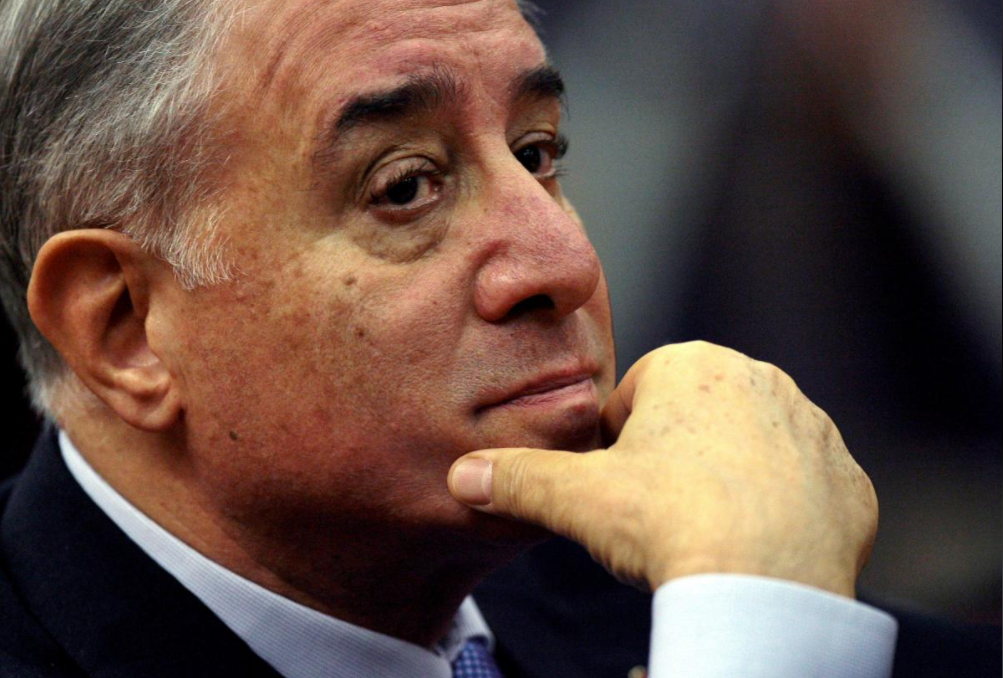 During the tumultuous years of 1992-93 in Italy, the “Bribesville” corruption investigations brought down the political establishment. Media magnate Silvio Berlusconi stepped into the vacuum, winning the national election in 1994.

Marcello Dell’Utri, a former senator and close associate of Berlusconi, brokered a deal with the mob to stop the attacks, according to Friday’s ruling. Berlusconi was not on trial.

In a statement, Berlusconi said the ruling was “the fruit of a clear prejudice”. He said his four governments had fought against organized crime.

Dell’Utri was sentenced to 12 years in prison for undermining the state, as were two retired Carabinieri (paramilitary police) generals and an ex-colonel. Dell’Utri is already serving a seven-year sentence for mafia collusion.

A convicted killer for the Corleone mafia family, Leoluca Bagarella, was handed 28 years and Antonio Cina, another high-ranking Corleone mobster, got 12 years. Both are already in prison. The Corleone bosses of that period, Salvatore “Toto” Riina and Bernardo “the Tractor” Provenzano, are dead.

The son of convicted Corleone mafia member, Vito Ciancimino, was sentenced to eight years for slander.

A detailed motivation for the ruling is due to be published within 90 days. The defendants can appeal the first degree ruling twice and are not required to serve their sentences in the meantime.

According to prosecutors, the talks between the mafia and the Italian state began after judge Falcone, his wife and three bodyguards were assassinated by a bomb under a motorway in 1992.

The state’s willingness to enter negotiations after Falcone’s murder encouraged further bombings, prosecutors said, including the one that killed Borsellino two months later, because he had learned of - and opposed - the negotiations.

The following year Cosa Nostra stepped up the pressure with unprecedented mainland attacks on cultural and church targets, including Florence’s Uffizi Gallery. Ten people were killed in Milan and Florence.

After 1993, the attacks abruptly stopped.