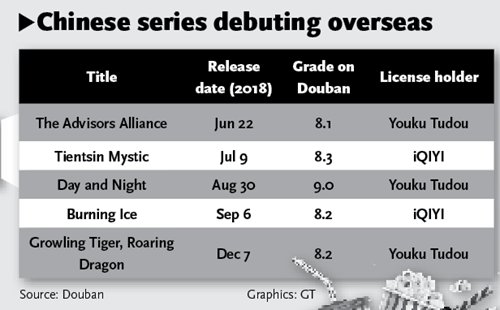 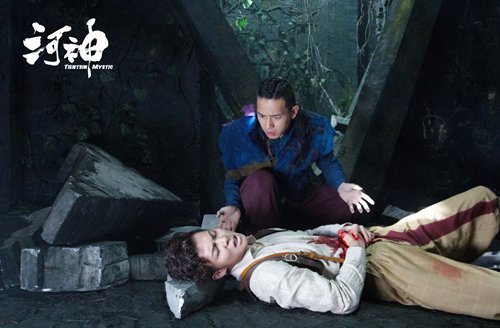 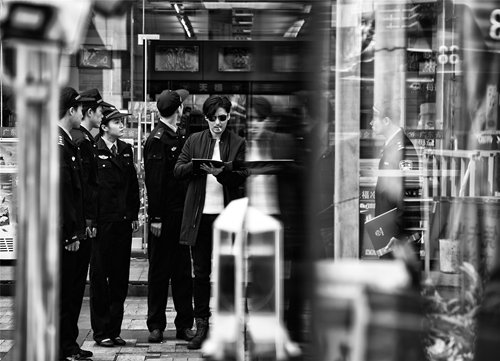 While Chinese web dramas and films used to be associated with crude production quality and poor content, more recent productions from Chinese streaming platforms are becoming a source of pride for Chinese audiences. This became especially true after the worldwide broadcast rights to streaming giant Youku Tudou's crime/suspense drama Day and Night were purchased by Netflix in November, which was seen by fans of the series as proof that Chinese streaming shows had reached a point they could compete on the global stage.

While this is not the first time that a Chinese-made drama has been exported overseas, a majority of these shows were only broadcast in countries throughout Asia and Africa. The deal with Netflix, however, will see the show become available in more than 190 countries and regions around the world.
So what makes Netflix think this show will be a good fit for its international catalogue of content? According to a report from the Beijing Youth Daily, aside from the fact that the show was very warmly received in China - Day and Night has a high 9.0/10 on Chinese media review site Douban - the genre that the show belongs to is one that appeals highly to European and US audiences.

"It captures the essence of suspense and plotting from the works of detective writers Dashiell Hammett and Raymond Chandler, which makes the story easy to understand… The show's producers have also studied US dramas, the result is that the show's aesthetics fit the standards of the international market," the report wrote.
The report also noted that previous works failed to catch on in European and US markets due to cultural differences or because they were far too long - Chinese dramas tend to stretch their stories out with more than 40 episodes, which makes them difficult to binge watch.
Besides Day and Night, other Chinese series made for streaming platforms are sailing further out beyond Asia.
One of the leading producers of streaming content in China, iQIYI began selling its shows overseas in 2016. At the beginning of this year, the company established a special department to manage its overseas business.
"Last year, iQIYI struck deals with overseas distributors that will see three of its streaming series - Lost Memory, The Mystic Nine and With You - broadcast in more than 20 countries and regions including the US, Canada, Australia, New Zealand and Central and South America," Chen Xiao, vice president of iQIYI said.
The Chinese streaming giant has also followed in the footsteps of Youku Tudou by striking a deal with Netflix. Its dramas Tientsin Mystic and Burning Ice are currently scheduled to debut overseas on Netflix during the first quarter of 2018.
"The first seasons of the two shows reached international levels of quality when it comes to theme, production values and cinematography. We believe those were important factors that allowed them to attract A-list foreign distributors," Chen said.

The first time Netflix decided to pick up a Chinese drama was in 2015, when popular period drama Legend of Zhen Huan was reedited from a 76-episode series to six episodes and renamed Empresses in the Palace.
This show, however, was a more traditional series originally made for TV stations.
In early 2017, fantasy romance dramas To the Sky Kingdom and The General and I, both of which debuted on TV and streaming platforms at the same time, were exported to Europe and the US.
Patrick Peng, research & development director at Legend Media, told the Securities Daily that in the future, the concept of "TV series" will continue to transform in China as streaming and airing shows on TV simultaneously becomes more mainstream.
The driving factor behind the rise of streaming dramas is the large number of viewers who are turning to the Internet for their entertainment needs.
According to an annual report from the China Netcasting Services Association released in November, by June of this year the number of users on Chinese streaming platforms reached 565 million, a 3.7 percent increase from the end of 2016.
At the fifth China Internet Audio & Video Convention in November, Tian Jin, vice director of China's State Administration of Press, Publication, Radio, Film and Television, noted that over the previous 10 months, that 555 TV series and 5,620 films for streaming platforms were approved for broadcast.
The quality of these streaming series has increased as well.
"The average grade of streaming shows in 2017 on Douban was 6.4, while eight shows earned an eight or higher. This is a tremendous increase from previous years, and is higher than the average grade for series made for TV," Ma Zhongjun, president of Ciwen Media, told the national Business Daily, adding that the year 2017 was "an explosive year for streaming shows."