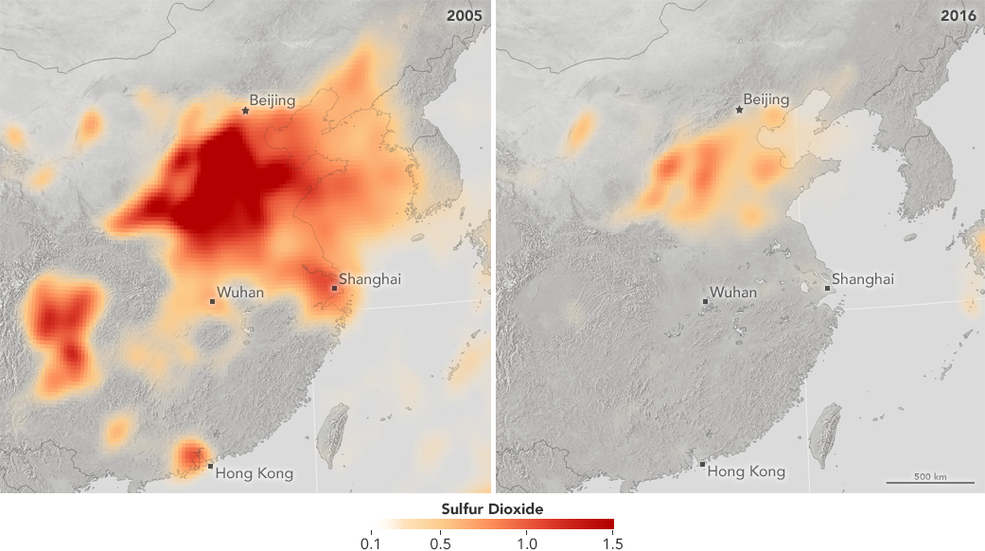 Washington (People's Daily) - Results from a NASA joint-study revealed India could be the new world’s leader in sulfur dioxide emissions. The journal “Scientific Reports” published the findings on its website on November 9.

The team consisted of researchers from the University of Maryland (UMD) and NASA’s Goddard Space Flight Center. Together, they discovered that over the past decade China saw a 75% decrease in its sulfur dioxide emissions, while India’s had climbed by 50%.

The report’s title, “India is Overtaking China as the World’s Largest Emitter of Anthropogenic Dioxide” was posted the journal’s website last week.

The study’s first author and UMD associate research scientist Can LI was quoted as saying, “The rapid decrease of sulfur dioxide emissions in China far exceeds expectations and projections.”

Sulfur dioxide is an air pollutant that causes acid rain, haze, and many health-related problems. It is produced predominantly when coal is burned to generate electricity.

The study said China and India are the world’s top consumers of coal, which typically contains up to 3 percent sulfur.

Most of the two countries’ sulfur dioxide emissions come from coal-fired power plants and coal-burning factories.

China’s efforts are paying off since it first began implementing policies establishing emission reduction standards and fining companies who violated the new rules.

In an interview with local media, Li said, “Sulfur dioxide levels in China declined dramatically even though coal usage increased by approximately 50 percent and electricity generation grew by over 100 percent.”

Meanwhile, in 2012 India launched the country’s biggest coal-fired power plant and has since failed to show any signs of restraint, unlike China.